I want to create several rule based styles on a layer. The rules are very similar, therefore I copy the first one then paste it multiple times and make the slight modifications on the pasted ones. The problem is that the pasted rules don't seem to be independent, rather they seem like they'd be linked somehow. For example, if I turn off the visibility on one, all the others disappear too. It is suspicious that in the project file all the pasted rules have the same "key" string (whatever it is), but the original rule has a different one. Excuse me for the laymans wording, I am not a qgis pro. The version is QGIS Desktop 2.18.4 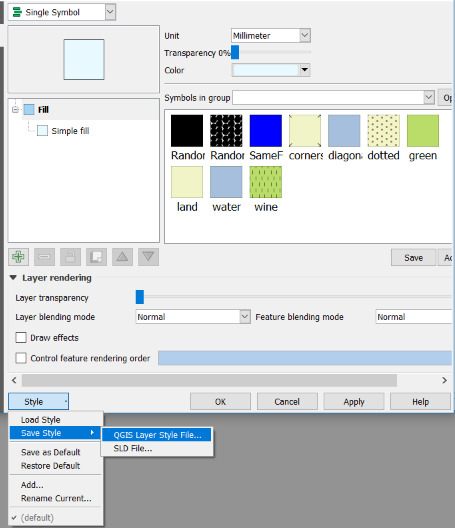 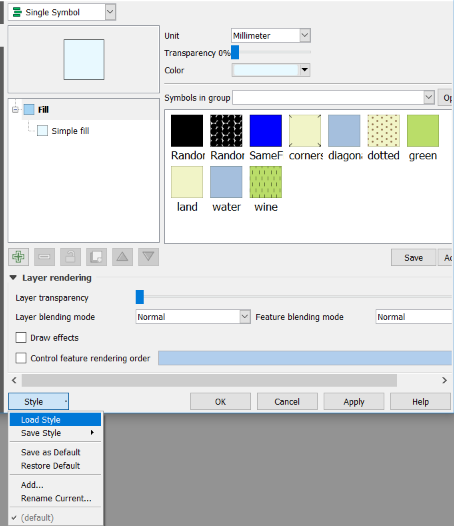 Then you can adjust the style for each file as you like.

There is also a MultiQml plugin that can be used to apply the same style on several layers at the same time.

The problem still exists in QGIS 3.22.4. There has been an issue earlier: https://issues.qgis.org/issues/17090 Restarting QGIS did not help. Creating a new layer and creating all rules by hand instead of copying and adopting rules worked for me.

2
QGIS - Save not working after copy-paste between layers
10
How to copy paste layers from one QGIS project to another?
4
QGIS 2.10.1 Copy and Paste Problem - Attributes not showing
6
Access QGIS menu functions copy paste style using python
3
Copy/Paste attribute table qgis without the wkt_geom column?
1
QGIS rule based styling - rule ordering
2
Paste style to virtual layer from another layer