I would like to write a Python expression function which calculates the average of columns (variable length parameters), skipping NULL values.

If there is a NULL value among the input parameters the result is NULL, too. If I use an expression in Select by Expression for example:

* addition * Here is an image, how I call my function: 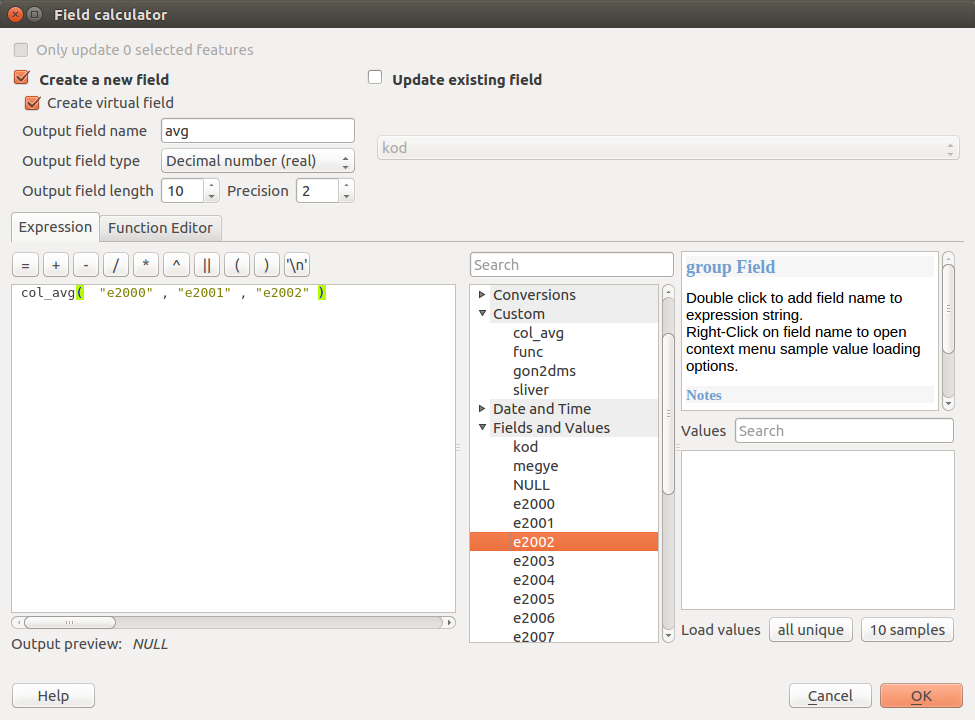 Use None instead of Null ... or don't use it at all but specify the value must be set. You can read more about identifying the nulls

or tell it to return items that are set, implicitly that are not-null

Ok, it seems the issue is not the handling of the nulls within the function, but during the call to the function. Since you have the feature at hand, don't pass the column value but just the column name, and fetch the value directly in the function

For each column i in the list cols, if the corresponding feature value is not null, add it to the new list vals and process it as in your original post.

and you would call it using single quotes:

Bonus: Your output field contains decimals, so let's ensure the function returns some:

The issue is in the function callby QGIS.If there is a NULL value in the parameter list my function will not be called by QGIS. I realised it when I added a print command to my function and I checked that in the Python console. I've found a workaround to use coalesce function for each parameters:

I also changed my function to skip -999 instead of NULL-s.

Not the answer you're looking for? Browse other questions tagged qgis python pyqgis qgis-custom-function or ask your own question.