I am seeing something very unexpected from ArcGIS Pro 1.4.1 when exporting what should be the same PDF from the same ArcPy script and same data using two methods. 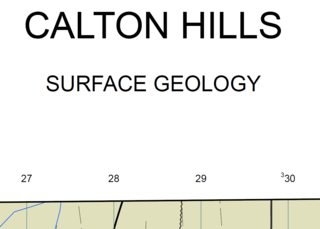 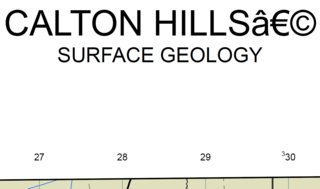 The single text element that is displaying CALTON HILLS and SURFACE GEOLOGY in both cases is having its contents set by the line of code below:

where elm is a text element object from lyt.listElements("TEXT_ELEMENT"), mapName is set to "CALTON HILLS" and geologyType is set to "SURFACE GEOLOGY".

Where might these three additional characters be coming from, and why would they only manifest themselves when the same script is run on the same data from the ArcGIS Pro custom tool?

My script saves a copy of the APRX used to create the PDF immediately after the PDF is created. The three additional characters are visible in the text element when it is examined in the copy of the APRX, but not in the APRX that is opened at the beginning of the script. Consequently, it does not appear to be the ExportToPDF that is causing it.

A similar symptom is seen in another place on the same map where different text elements that are putting out longitude/latitude values at the corners of the map face have an A with a circumflex accent inserted before the degree symbol. 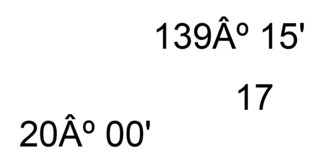 The problem only emerged after a custom font was installed on my machine to support some geological labels like the one circled in red below: 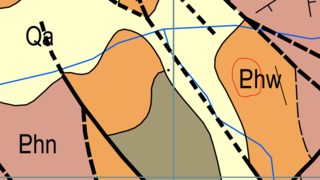 I was unable to track what caused this but I was able to resolve it by doing the following.

Instead of a single text element with:

I split the text over two text elements, each with their font and size defined in the project layout so that I could use simpler code instead:

Fixing the character before the degree symbol took a little more.

I then replaced the strings "degs" and "mins" with string values stored in variables of the same name from my script:

Not the answer you're looking for? Browse other questions tagged arcpy arcgis-pro pdf layouts text-element or ask your own question.

0
How can I insert degree symbol to attribute table in feature class?

2
Changing text of ArcGIS Pro text element between repeated exportToPDF of layout?
1
Is there limit to number of elements in layout of ArcGIS Pro project manipulated by ArcPy?
2
Why is ArcPy code crashing ArcGIS Pro?
0
Displaying dart (leader) on Callout text symbol inserted into ArcGIS Pro Layout
0
Why does ArcGIS Pro write a PDF file with some basemap images visible while other basemaps are not, depending on layout paper size?
0
Filtering characters in between text in ArcGIS Pro