I'm trying to figure out how Natural Earth Data has selected the countries listed in its 1:110m Admin-0 Countries dataset. Indeed there is only 177 countries in this dataset.

Is it Population size ? Territory size ? Something else ?

I think selection is done based on scale. The level of detail you need depends on

The 110m dataset is much lower 'resolution' so some smaller shapes have disappeared as a result. To quote the NaturalEarth website, 110m is

This dataset (110m) seems to leave out a lot of smaller nations, if you look at the map closely you'll see what gets left out at this scale:-

Look at the Caribbean for example. The yellow islands appear in the 10m map but not the 110m map. 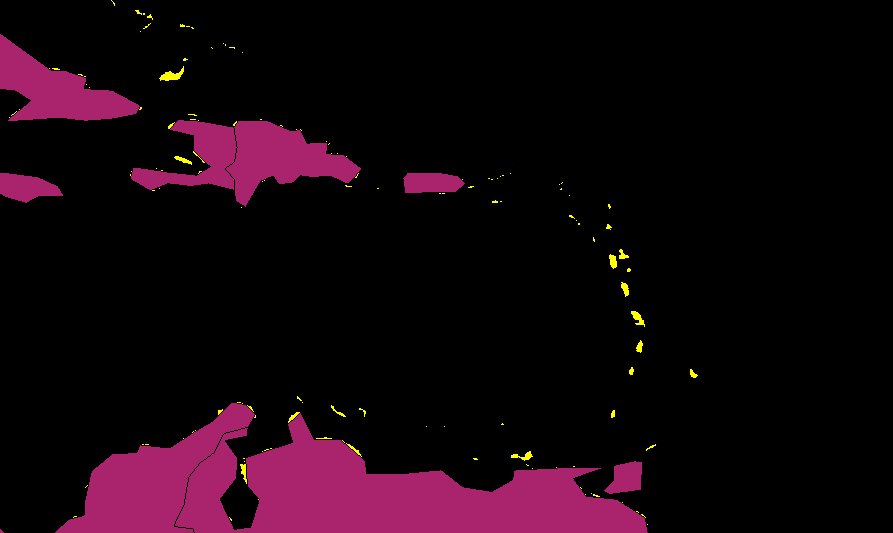 If you need to include the smaller areas, use the 50m or 10m datasets. If you want borders in all their messy detail, openstreetmap or gadm may be more suitable.

As for the geopolitics of 'what is a country', well that depends on what country you're from :) This link mentions the process, sources used and general approach.

A row in the table doesn't mean it's a country (it could be a territory or dependency), and being in a country doesn't guarantee it gets its own row.

Not the answer you're looking for? Browse other questions tagged natural-earth or ask your own question.