I am trying to view the World EEZ polygon from Marine Regions.org, but centered on the Pacific Ocean.

However, I would then like to dissolve the shapefile so that the parts of EEZ's which were originally split by the projection separated at 180, but which actually share attribute information, are one part, without the split where they would be separated under the original projection. This can be seen in the EEZ of New Zealand and nearby EEZs.

I also tried save the shapefile to the new projection, but when I try to use the dissolve or sliver processes on this, the temporary file QGIS creates a warning saying 'projection not identified, reprojected to WGS84', and the polygons do not appear.

This answer does not work for me, which may be because I am using a custom projection which QGIS does not recognise. 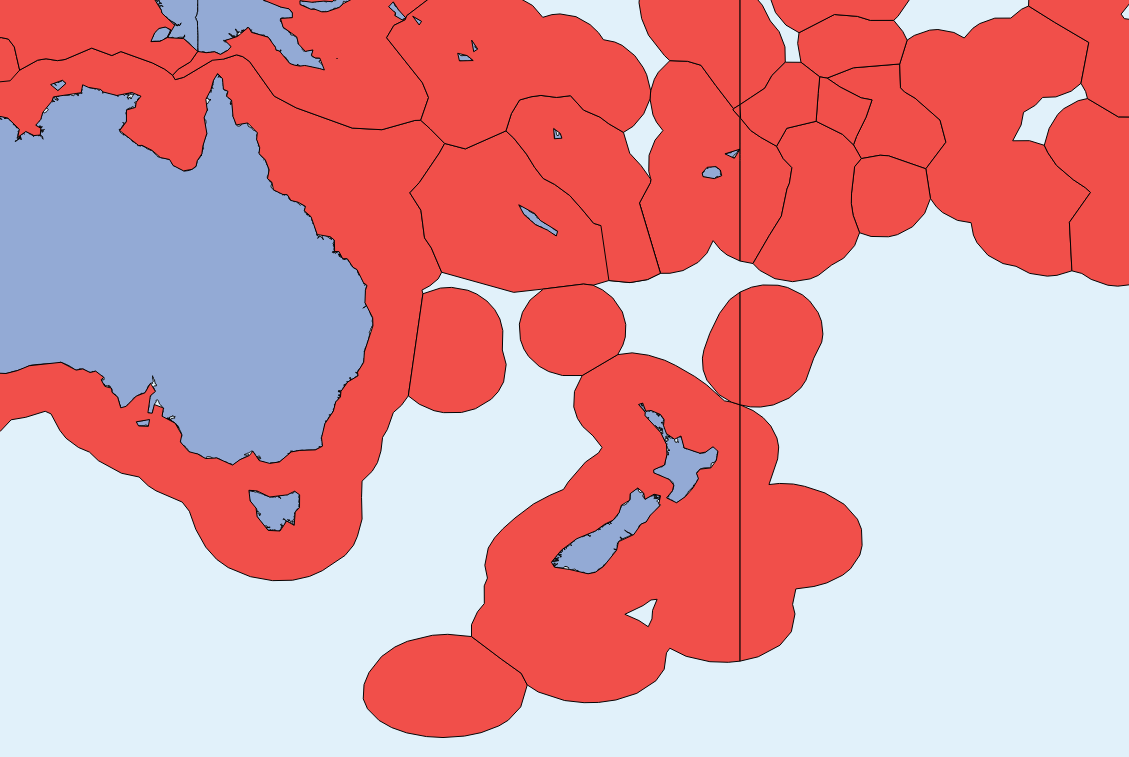 Similar to my post in the linked topic, the data needs some handwork before dissolving works:

You might need to assign the Robinson projection again between the steps 3 to 5.