I am trying to solve a problem at a national level but am starting with Rhode Island to solidify my approach. Thus, everything in this question will be focused on the state of Rhode Island.

Here is the map I am starting out with: 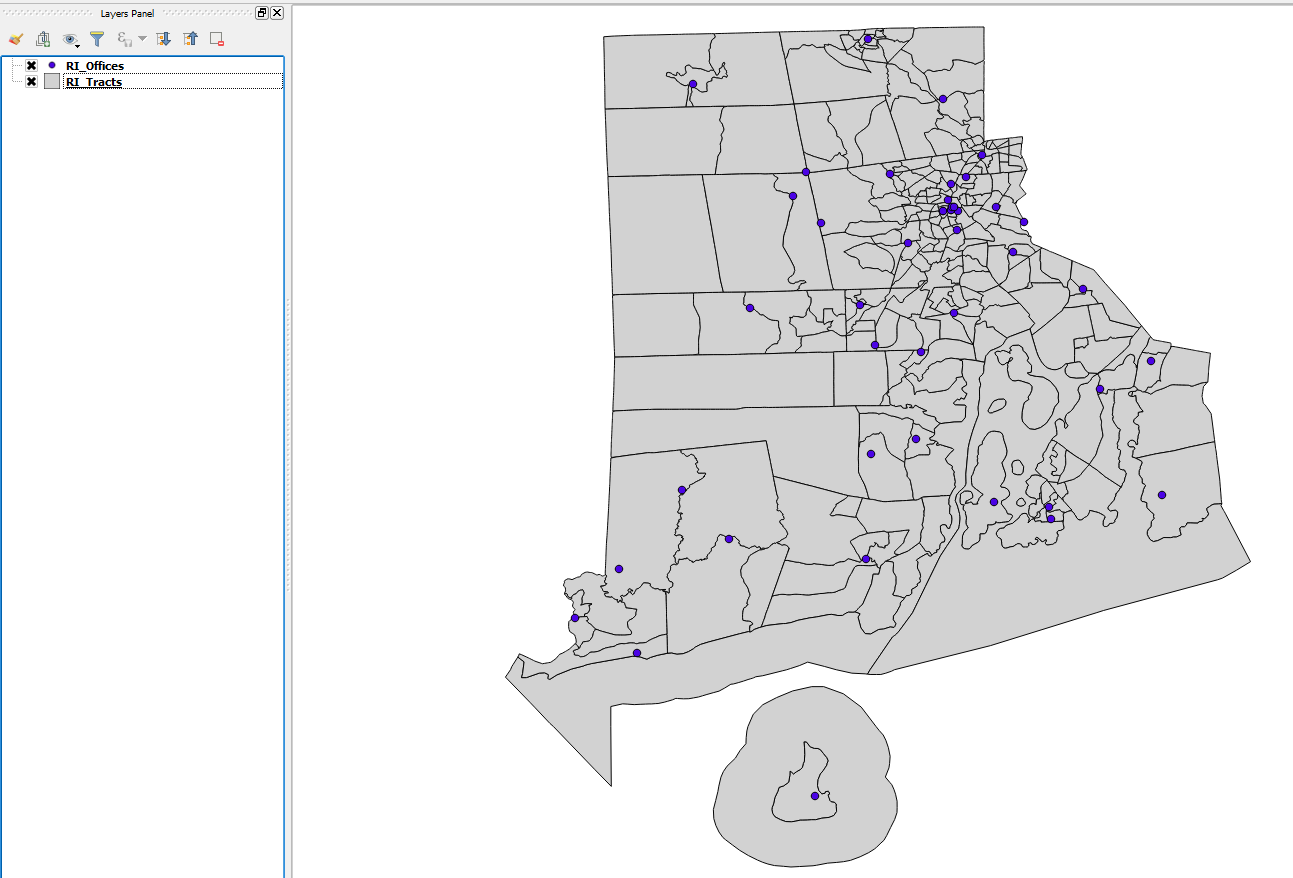 The polygons are census tracts and the points are company office locations.

I’d like to figure out the following: For each census tract in Rhode Island, what percent of land area is covered by a certain company (total of 3 companies). Making sure that water area is not included in the calculations.

And just as an FYI, I am extremely new to GIS in general and have been going at this problem for a few days now. I am using QGIS 2.18.9.

I have 3 input files:

Here is the map I end up with after performing the steps above: 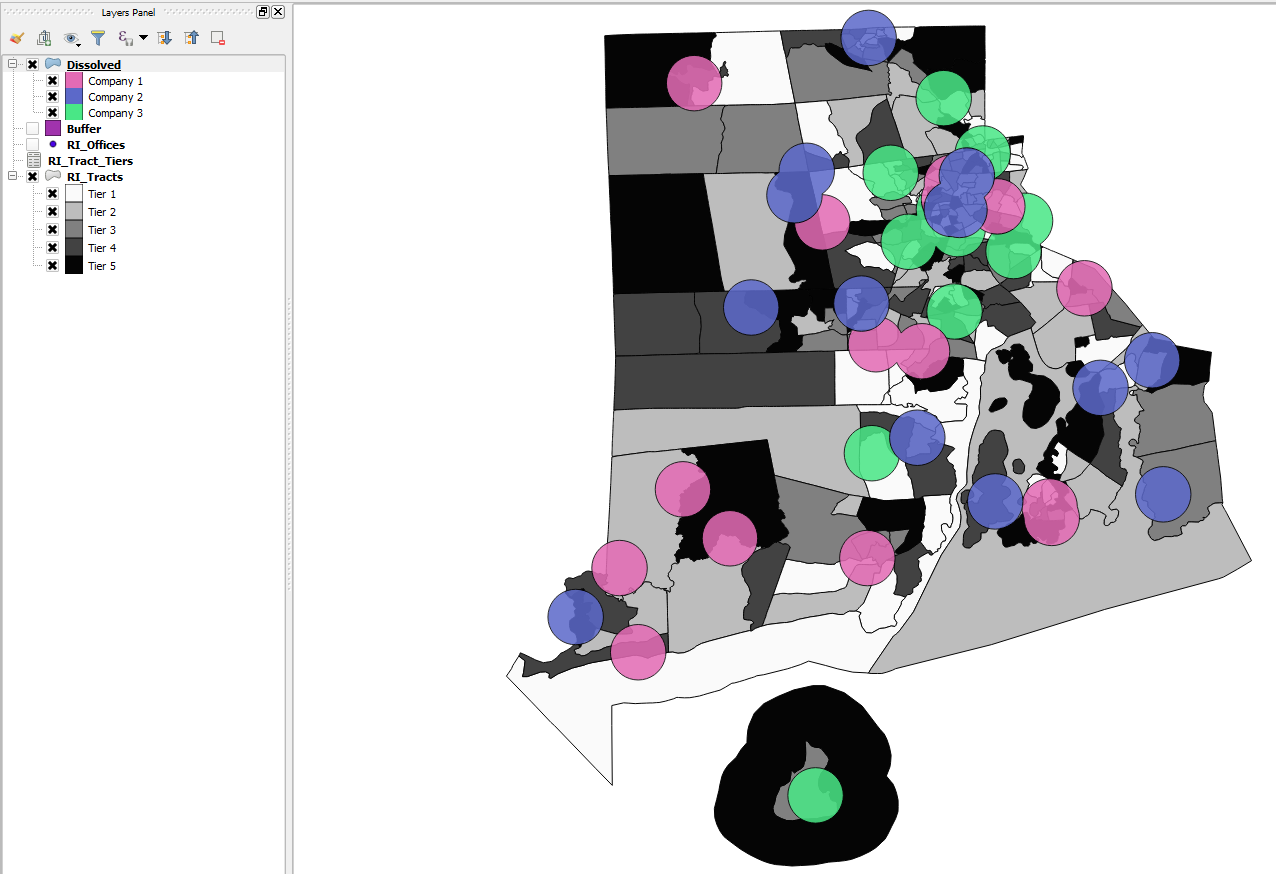 This is where I get stuck. I have tried using the following tools to analyze the map and get the output I want (with no success):

2
How do I find the overlapping area between polygons on 2+ vector layers in QGIS when the polygons on all layers are categorized?