After changing the access to protected they still able to reconcile but unable to post edits and the following message appears “operation can only be executed by the owner since the version is protected”. 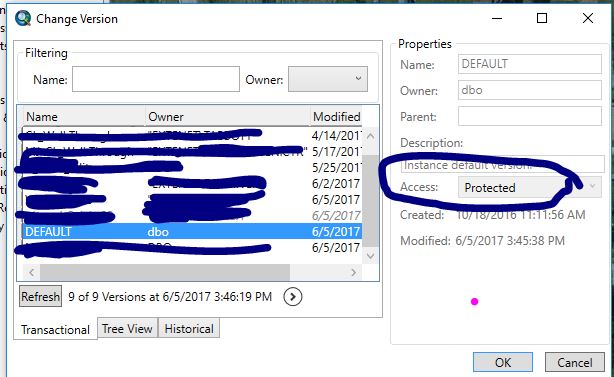 Does this option mean that only the admin (owner of the dbo) can reconcile and post users edits? Is there any workaround to avoid this?

The Protected version allows other users to create child versions and edit them, but they cannot (as you have discovered) post their edits back.

(emphasis added by me)

Not the answer you're looking for? Browse other questions tagged arcgis-desktop enterprise-geodatabase sql-server versioning reconcile or ask your own question.