I don't have tools like ArcGIS. I have two LINESTRINGs

They are the same MRT route with different directions. Is there any algorithm or module that can merge them to one LINESTRING like the red one in picture? 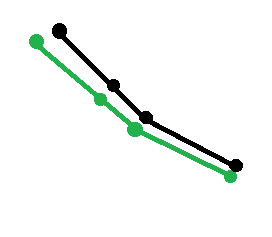 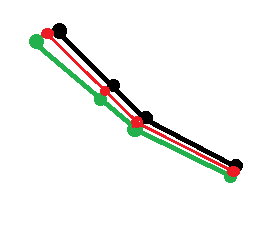 Is there any algorithm or module that can merge them to one LINESTRING like the red one in picture?

If you are only interested in the algorithm to do this, you can compute medial axis from computational geometry, using functions such as ST_ApproximateMedialAxis.

More specifically, you can

The function is available from the CGAL library, which has bindings/interfaces to various languages and tools including GIS tools like PostGIS.

Not the answer you're looking for? Browse other questions tagged python openstreetmap java linestring or ask your own question.

1
Postgis: Conflation of two vector layers into a single layer
4
MySQL select linestrings into a multilinestring
3
Find a linestring closest to a given linestring
2
Merging two linestrings gives Geometry type error in MMQGIS?
1
How selecting uniques linestrings from two datasources with similar features?