Counting overlapping stacked polygons or in a cumulative way

I have many many small simples polygons representing some "field of view" from points. Lots of them overlap one or many others.

I would like to give "some kind of" "weight" attribute to each polygon based on "how many others do they see in their area".

in the world of rasters:

It's a bit fuzzy said like that but I think the easiest operation would be to rasterize them and then sum up, for each pixel of the raster, how many "observers" do see them.
In other words, how many polygons have contributed to each pixel.
This would lead to a basic heatmap with a Z-value as "contributing polygons count" for each pixel.
(Precision: I do not use any DEM and viewshed analysis for that but the idea is the same over a plane, where the viewed area is defined by the polygons themselves).

Up to this point it is OK, but then, how to get back to the vector world of the initial polygons in order to attribute each polygon a "weight"? I can sum the values up. Simply.
But is there any algorithm already defined therefor and how to perform this operation?

Extra:
for each rasterized polygon, it would be nice if pixels values were not just simply set to 1 (seen) or 0 (not seen) but rather to float values between ]0-1] (0 would still be used for: "not seen" and only that) with a weight applied as a function of the distance to the observer.

in the world of vectors: 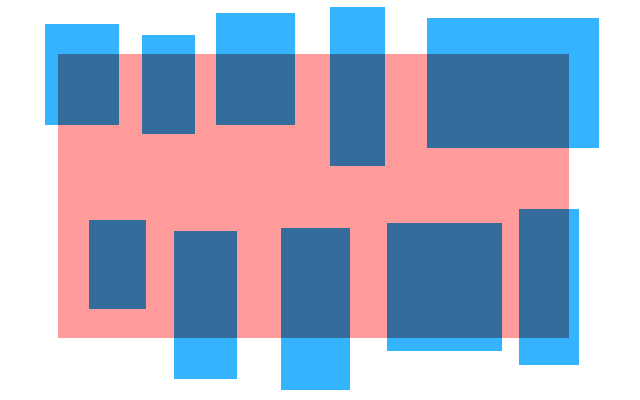 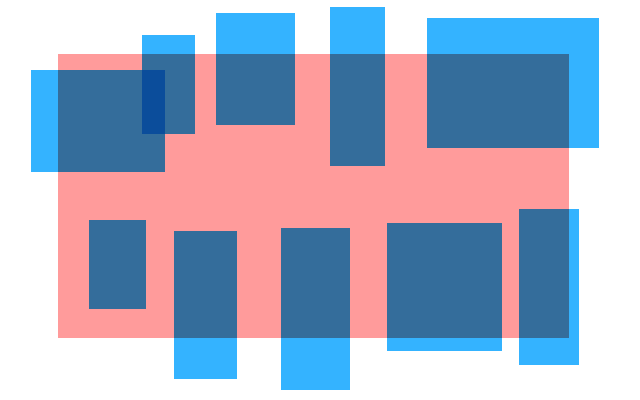 Is there an existing function to retrieve this number for each of the 3 methods described here above for a given query polygon (in red in examples) and store this value as an attribute for this query polygon?

It is Python2.7 on a Linux based system which is the candidate for this task.
Working with a postgreSQL database.
Computational efficiency should not suffer too much, is possible.

I did this in ArcMap but I'm sure you could achieve it in your desired GIS.

Assumption is that all polygons exist in a single dataset: 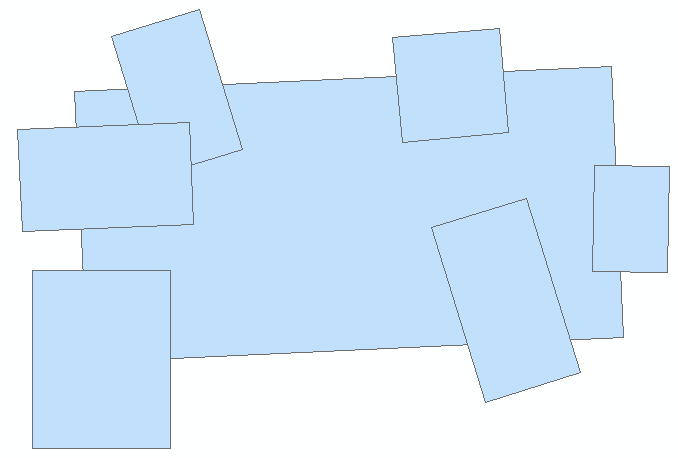 You then run the UNION tool, the output is the layer chopped up and were polygons overlap you get "stacked" polygons: 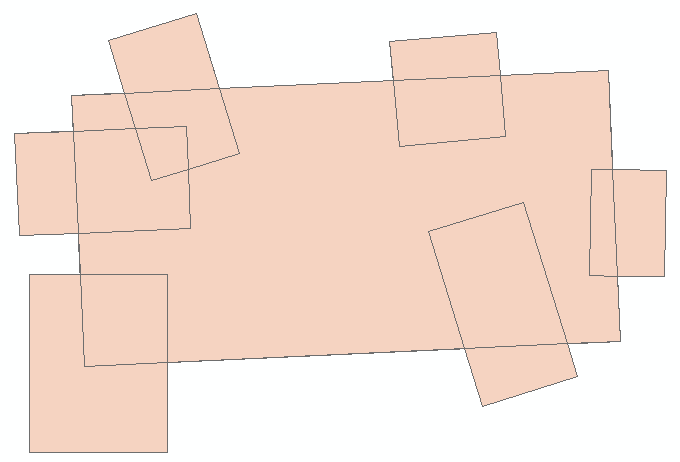 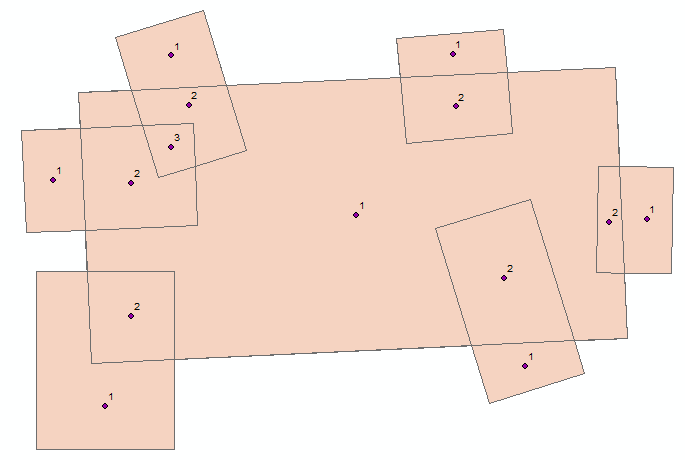 Then is a simple matter of joining this data back the union dataset. If you want the alternative ways of counting then I think it's just a matter of processing the counts in various ways.

Not the answer you're looking for? Browse other questions tagged python polygon overlapping-features shapely or ask your own question.