I need to define a regular grid of points in QGIS, which later I'll edit further based on its interaction with some data. Up until now, I was using the "Vector Grid" of the same Vector Research Tools, because by using "Regular Points" I had some complications. Then, I simply took the data of the polygons and computed their center later in Excel.

A few days ago, I managed to get the desired interaction with Regular Points, which I'd prefer to work with. The only problem is that, for some reason, QGIS won't let me select a distance low enough for my needs. I'm attaching a screenshot of the tool: 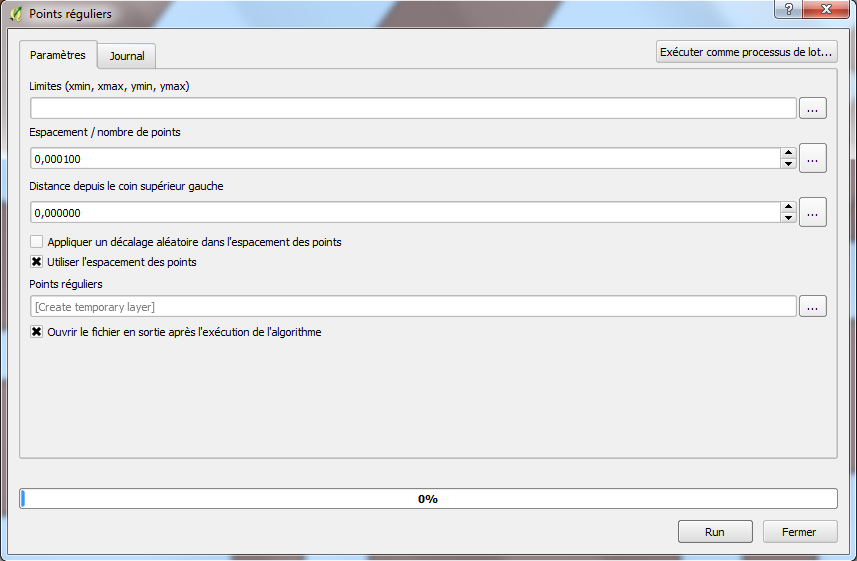 Any ideas as to how to lower the value? I don't get why this tool has a lower limit, while the polygon one doesn't. Sorry if this is trivial, I searched for a similar question but found none.

One of the beauties of open-source software is that we can edit the source :)

So if we find the algorithm's file, we can edit it to change the limits. It should be located in your QGIS directory, for example:

If we examine this, we can see that in line 66, the limits are set (minimum, maximum, default):

So let's change it to what we need:

Then save the changes. (Note that if you do not have permission, you can create a copy of the file with the changes, delete the original and move the copied file over.)

Restart QGIS and hopefully you should be able to set it to the value you desire: 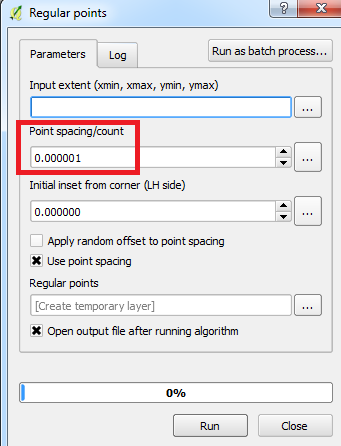 Not the answer you're looking for? Browse other questions tagged qgis polygon point qgis-processing or ask your own question.