I'm looking to merge two road layers. I am interested in the traffic volume in the second layer. The roads do not lay exactly on top of each other.

The issue is that sometimes when there is an intersection the road is taking the perpendicular value but I want it to take the parallel value. My first thought was to use a spatial join and join the closest join feature to the target feature with a 20 foot tolerance. I have also tried using the buffer tool then joining roads that are contained. But both methods are not producing the desired results.

An example photo is below. The buffered polyline is taking the value of the north and south road instead of the east and west road. I've also looked into Merge Divided Roads and snapping line to line but don't have the license for them. 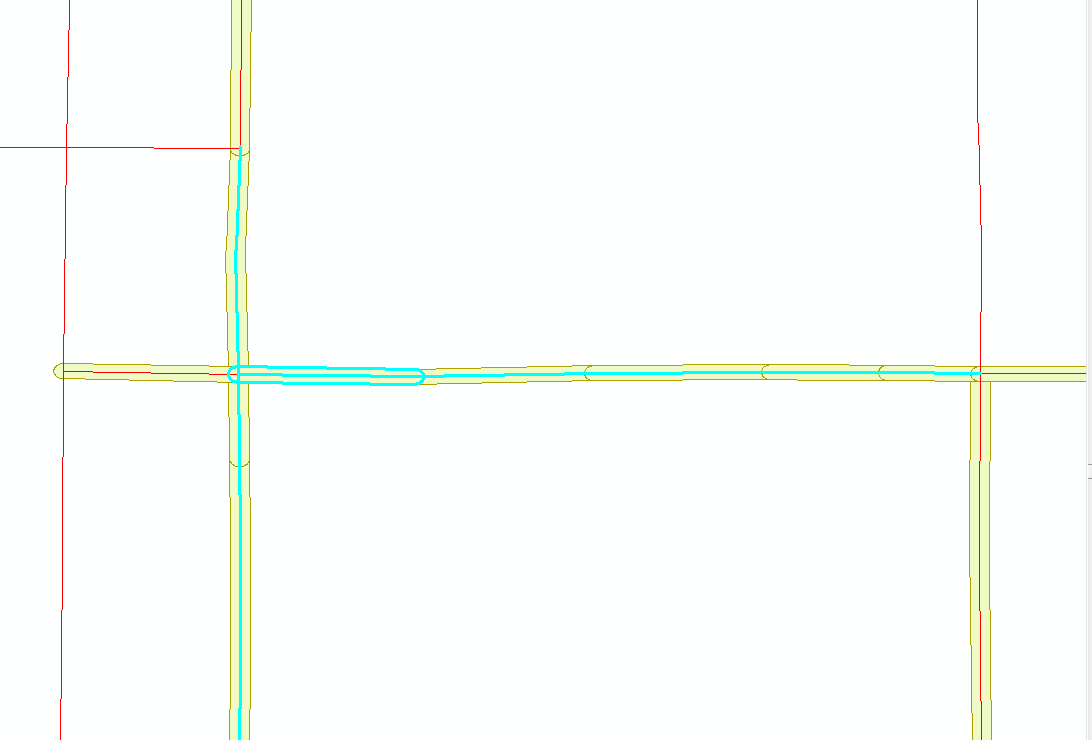 I have ArcGIS 10.5 and a basic license

Edit: I am having some issues with overpasses but it appears to be specific to my data since only one side of the highway is annotated. The unannotated side of the highway can be miss-classified near overpasses. So if using this technique make sure to find the midpoints of the road with the most segmentation.

Not the answer you're looking for? Browse other questions tagged arcgis-desktop intersection merge line road or ask your own question.