I've got the following vector Shapefiles (not .shp format but some .xml formats):
.gml-File of Linz, .xsd-File of Linz

They represent the areas of the statistcal districts of Linz, Austria. I want to them into line segements, where each line segment expands from one intersection to the next intersection of a the district's boundary nodes. These line segments finally should be exported into a .shp or even better into a .gpx File (QGIS-lines should be tracks and trackpoints within the .gpx).
The reason is, I want to import this .gpx into JOSM, an editor for OpenStreetMap, to use them for creating and improving boundaries (in this example the districts of Linz). Therefor the lines have to be split from intersection to intersection as I explained above.

Now to my question: How to do this mostly automatically using QGIS? I already found out how to do it with several manual steps. But that's not very comfortable if the number of source polygons is much higher compared to the 16 of Linz.

The lines should be split at each corner (= where the line contacts with at least 2 other line segments). And there shouldn't be overlappping duplicate line segements above each other in the resulat, the duplicates should be removed. 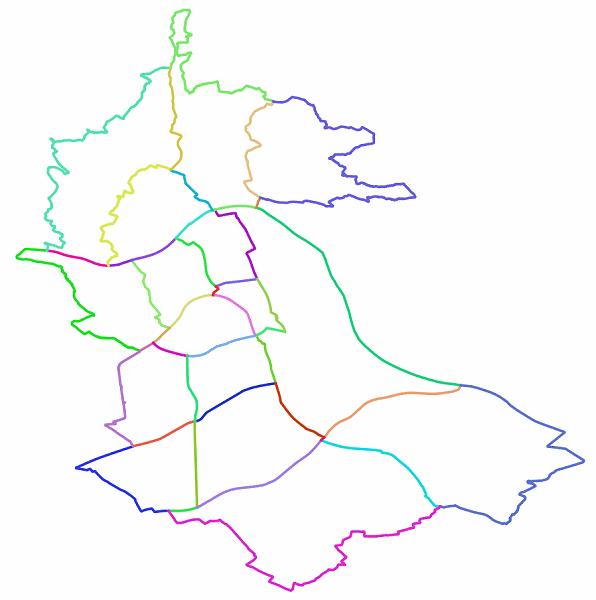 I don't know if I have understood what you are looking for, but there is the Line-polygon intersection SAGA tool that should do the job.

The following is a workflow which you could simply implement in a model or in a PyQGIS script:

You will obtain this result (16 line features): 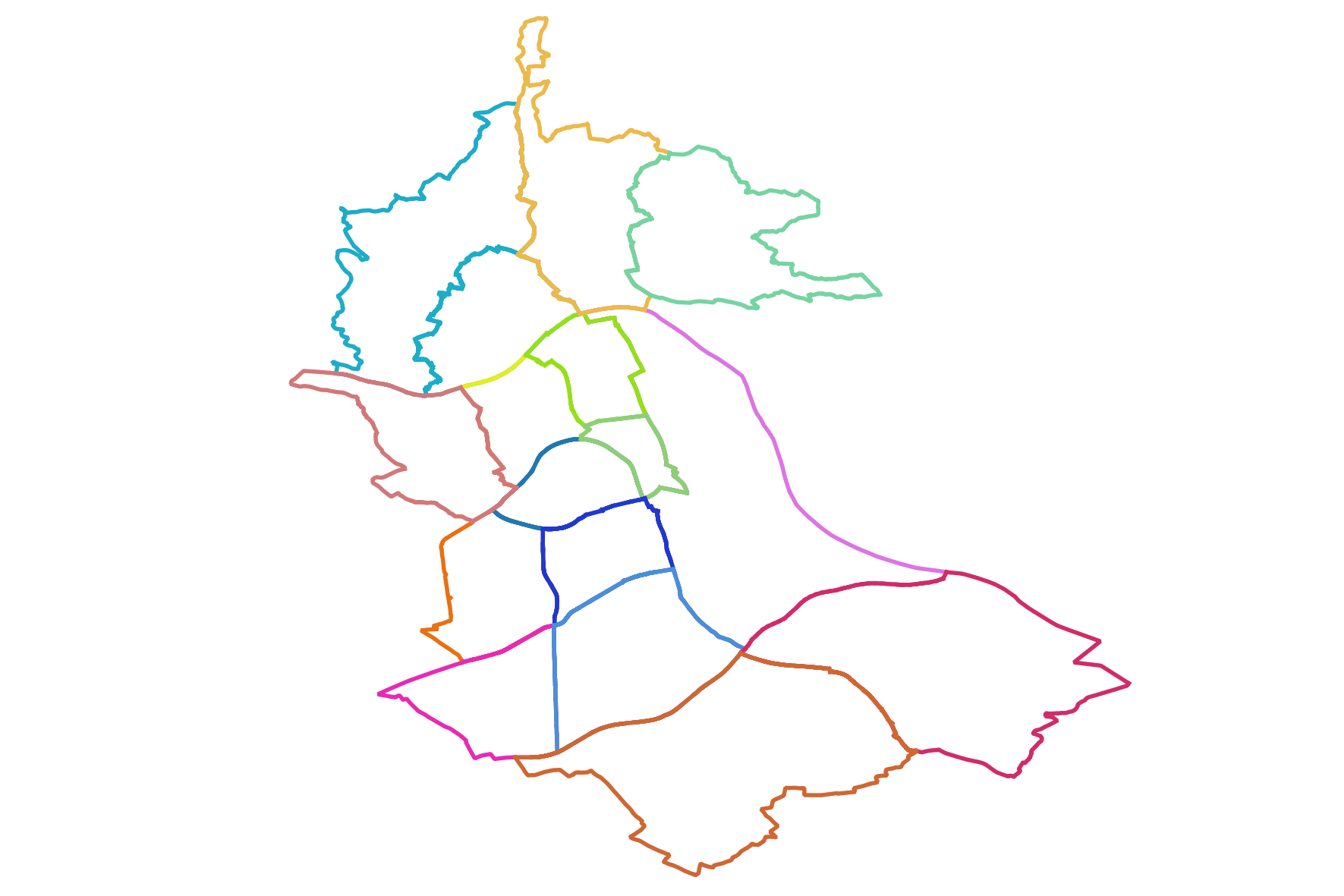 I styled it with a different color for each feature (you can't see some lines because they overlap, but they exist).

Not the answer you're looking for? Browse other questions tagged qgis shapefile openstreetmap administrative-boundaries or ask your own question.

6
How do I split polygons into line segments?
4
How to create a line with all attribute information of the original GPX points?
3
How do I convert a GPX to SHP with extended properties?
2
Split polygons into equal squares using custom QGIS tool
3
Splitting line in proportional parts in QGIS
6
How can I split my polygon file into topological boundaries?