In ArcMap 10.3, I am trying to recreate a city planning map that uses a lot of crosshatched and line-based symbology for different elements in the map legend like so: 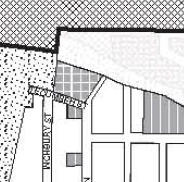 No projection information is provided, so I assume that the authors rotated the data frame slightly (~17 degrees) from the original map projection orientation to keep boundaries horizontally straight.

In my emulation attempt, I have rotated the data frame. However, doing this has the effect of also rotating the symbology, causing symbols that appear straight in my legend to become offset by the angle of rotation as shown in this zoomed in re-creation of the previous image: 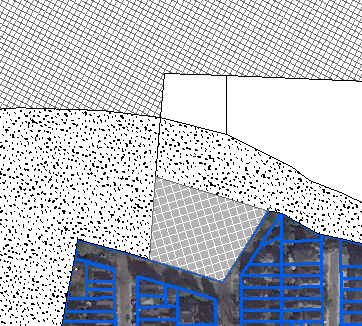 Is there any way to make the symbology independent of the data frame's angle of rotation?

The angle of lines can be edited manually in the symbology options and offset by the data frame's angle, however, I was wondering if there is an automatic option for this.

As commented by @FelixIP you could:

The unrotated data frame could be off the page.

Not the answer you're looking for? Browse other questions tagged arcgis-desktop arcmap arcgis-10.3 symbology rotate or ask your own question.

2
How to set the extent of a rotated data frame from a rotated rectangle using ArcObjects?
2
Legend symbol angle in ArcMap 10.3
2
Data-Driven Pages Not Rotating
7
How to rotate QGIS composer map frame to North when using Atlas?
1
correct projection (PROJ.4 string) to rotate map
2
Rotating symbols with data frame in ArcGIS Pro?
2
Rotation of a cropped portion of a raster map