Map IDs to add Mapbox basemaps to Leaflet or OpenLayers

I would like to add Mapbox basemaps to Leaflet or OpenLayers, but I am missing the map IDs.

Before Mapbox Editor was deactivated, one could easily create and save a map, copy that map's ID and your personal API token and then include the map in Leaflet or OpenLayers by using the following URL, replacing my.map and your < access token here >:

This still works. But only if you have existing maps from before Mapbox Editor was deactivated on January 31, 2017.

So, how can the following Mapbox basemaps be accessed now:

I found a post on Stack Overflow, which shows that the URL can be formatted this way:

So, you do not necessarily need a personal map ID as every public Mapbox basemap seems to have an ID.

I have tested this and it works, you just need to replace {id} with a map's name, such as streets-v9 but I am unable to find the IDs of the above maps.

Let me quote from https://www.mapbox.com/api-documentation/#maps :

If you use Mapbox.js, Mapbox GL JS, or another library like Leaflet, you're already using this API. This documentation is geared toward software developers who want to programmatically read these resources: it isn't necessary to read or understand this reference to design or use maps.

The following map IDs are accessible to all accounts using a valid access token:

Ok, I would like to contribute here, because I managed to make it work: I am using jupyter notebook, and python 3.7.

First of all, the updated names of the mapbox styles are here: https://docs.mapbox.com/api/maps/#styles

Then FINALLY this code under worked perfectly well:

I hope this will help, but let me know in the comments if stuff is still not working for you :-) 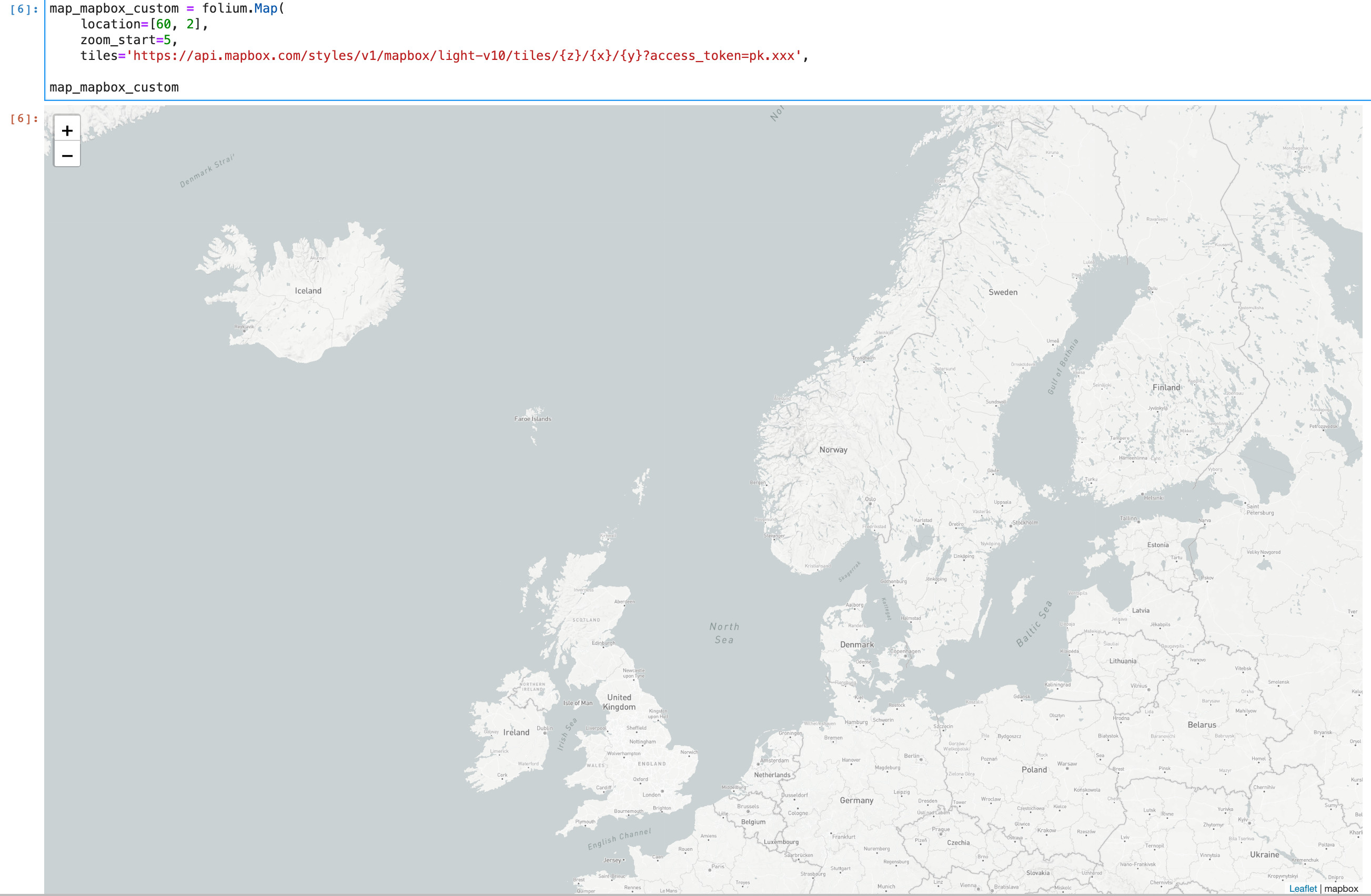 Not the answer you're looking for? Browse other questions tagged leaflet openlayers mapbox basemap or ask your own question.