How to copy locations from one feature class to another

I am new to GIS and unfamiliar with the functionality of feature classes.

I tried copying and pasting the feature class but this does not copy any of the data. I have also tried copying the data from one table to another using Editor but this also has not worked. Finally, I tried to load data into the new feature class, however this only loaded the object ID's and not the location for the ID's.

There's a Copy Features tool in ArcToolbox under Data Management Tools->Features, which will copy all data in attribute table as well as geometry. 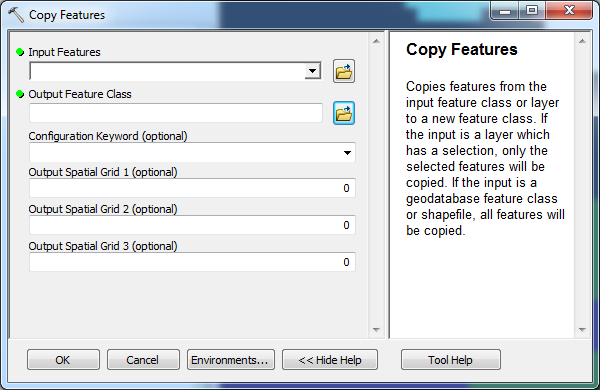 Not the answer you're looking for? Browse other questions tagged arcgis-desktop esri-geodatabase or ask your own question.