On QGIS Composer how to filter the atlas coverage layer using a project variable (rather than just a value)?

So far so good, but I'd like to be able to change the value '1', using a project variable @myvariable in its place.

Entering "Project" = @myvariable into the filter field results in no atlas pages (an error appears) even if @myvariable has the value 1. I've tried numerous changes in syntax without success.

A Composer atlas can use select features (rather than all features) from the coverage layer - using a filter - as shown (the filter is set to "ProjectID"='1'): 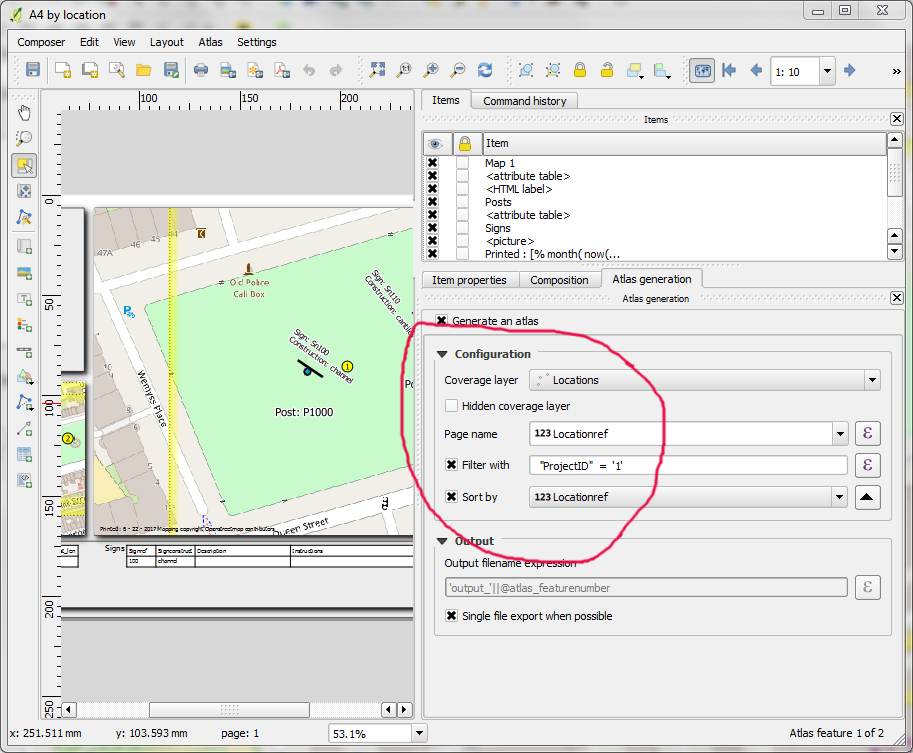 Using a variable in the filter seems not to work - the error is shown here when filtering using ("ProjectID"="@currentprojectUPK): 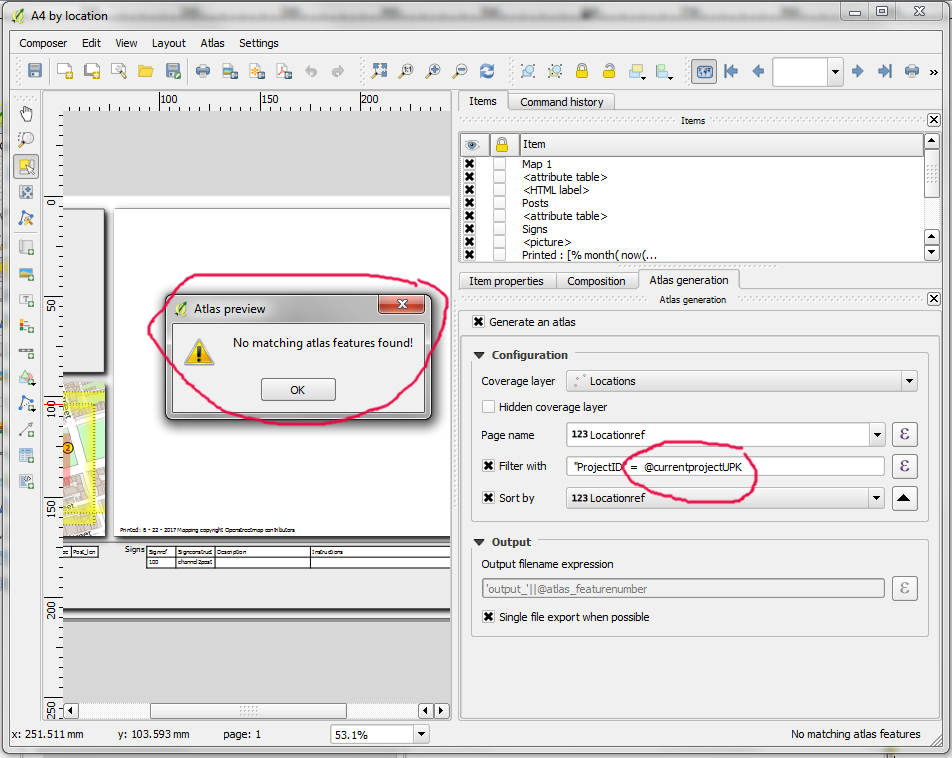 It can be seen that the variable @currentprojectUPK has the value '1' in the list of variables as shown here: 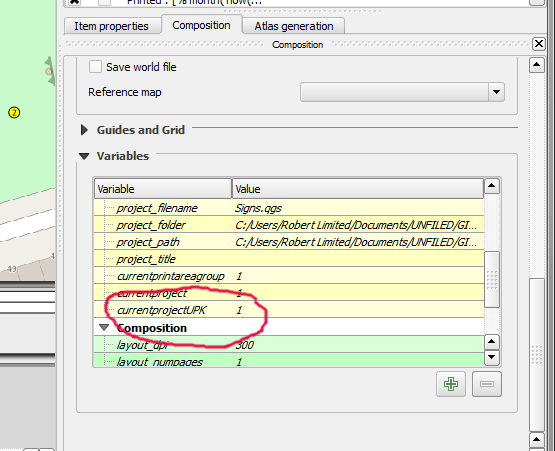 I wondered if somehow the Composer couldn't access the variable values, but this can be used elsewhere (for example in a text box) successfully. I also wondered if there was an issue with the variable being a string not an integer, but changing it to an integer in the statement didn't help - and anyway I'm using the value successfully elsewhere.

Browse other questions tagged qgis print-composer qgis-variable or ask your own question.

30
Filtering features in other layers of QGIS Atlas

8
How to set up a Coverage Layer for Atlas Plugin?
2
Duplicate print composer or use template?
1
Atlas Generation output from QGIS is returning empty files
1
Using QGIS Relations with the Print Composer
7
How to rotate QGIS composer map frame to North when using Atlas?
1
Building a rule engine for report generation in QGIS composer manager atlas generator; using metadata from non-coverage layers for expressions
1
Filtering elements of layer with active element of QGIS atlas with geometry functions?