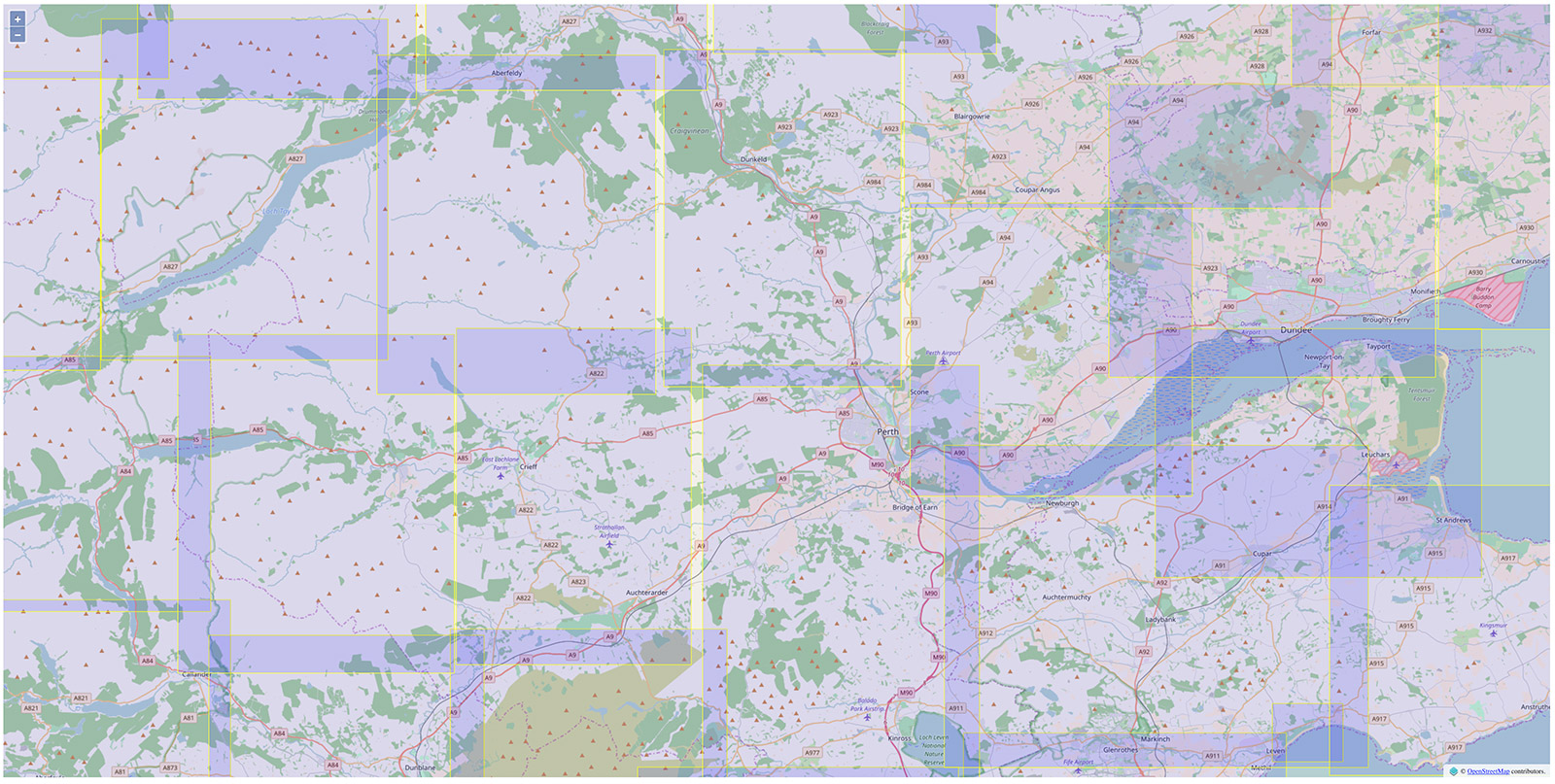 I've checked the co-ordinates (in both their original OS X & Y co-ordinate form and their converted latitudes and longitudes, done using PHPcoord http://www.jstott.me.uk/phpcoord/) and they seem to be accurate and fine. Which makes me think it might be a projection issue, but I can't figure out what I'm doing wrong or how to change it.

I wasn't able to create a JSFiddle using my actual GeoJson file so the JSFiddle below shows my map code but with the GeoJson file missing.

I've validated the GeoJson file and it seems to be ok.

Browse other questions tagged coordinate-system polygon openlayers ordnance-survey or ask your own question.