How to define pycharm to understand PYQGIS and GDAL

I use pyqgis in standalone apps and I have defined paths in Windows and Python paths to take python API from outside QGIS. I have created some simple tools using pygis and GDAL in standalone script using Python editor and all work fine without error qgis.core and GDAL work nice.

Now I want to use pycharm editor and I have big problems.

First, it shows me two interpreter python.exe and bin/python.exe but have some paths. 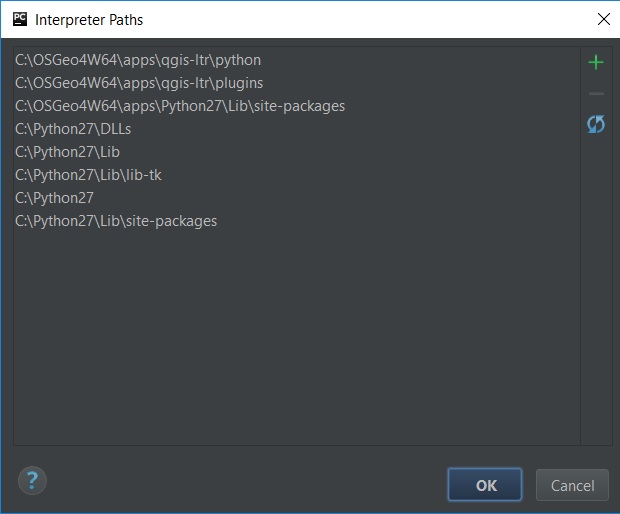 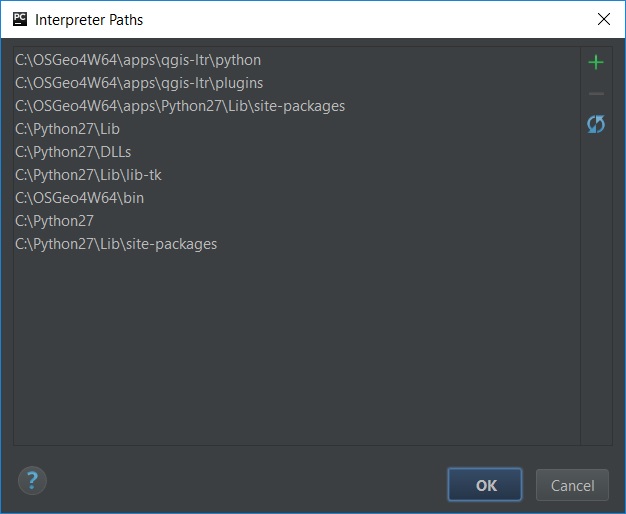 Now in pycharm if I use python.exe, it shows me dll error in GDAL and qgis.core. If i use python from QGIS then I have imports error in other packages i need.

Why does it do that? In python, IDLE works fine.

I think so the problems is the paths.

Any idea how to fix that?

My quest is simple i think, but i don#t know how to fix it. I have installed python version 2.7.13 QGIS have his python... if in the define paths QGIS python path is below from PYTHON path then QGIS python API don't work, if I change order and is above then work but recognizes site-packages from QGIS PYTHON ONLY...that I think is error

QGis has installed it's own version of Python. So you have two installations. The PYTHONPATH is used to specify which directories to scan for source modules. In this case PyCharm appears to be confused as to which installation to use. But you should be able to configure it as needed.

sys.path is initialized from PYTHONPATH

Both versions of your PyCharm paths, when compared to your working list, are missing:

You should change the Interpreter Paths in PyCharm to match the working list.

Can be used to verify that all of the paths needed by your program are available in your PyCharm environment.

check the link below, it's not the answer directly, but it provides a tested solution to your problem...

I did this and now my Pycharm understands API autocompletion and everything.

and of course here is my interpreter paths in pycharm:

Not the answer you're looking for? Browse other questions tagged python pyqgis python-2.7 pycharm or ask your own question.