Isolating only few polygon parts for editing in shapefile with many polygons in QGIS?

I have a Shapefile layer with thousands of polygons.

I want to edit the vertices of just a few, but when I select them to try to modify them it becomes very slow. How can I isolate those few to make this work faster? 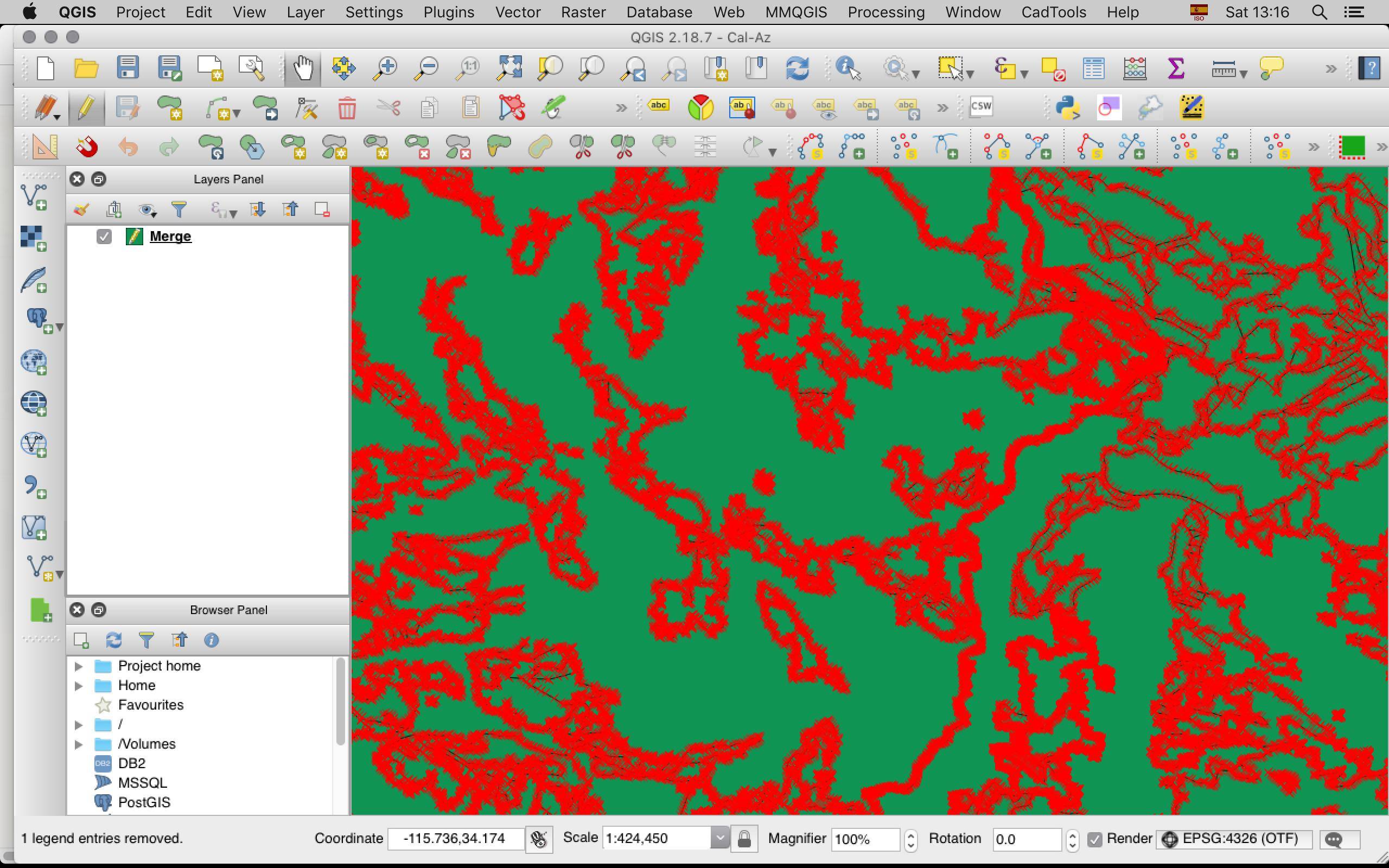 Here`s an image to make it easier to explain. 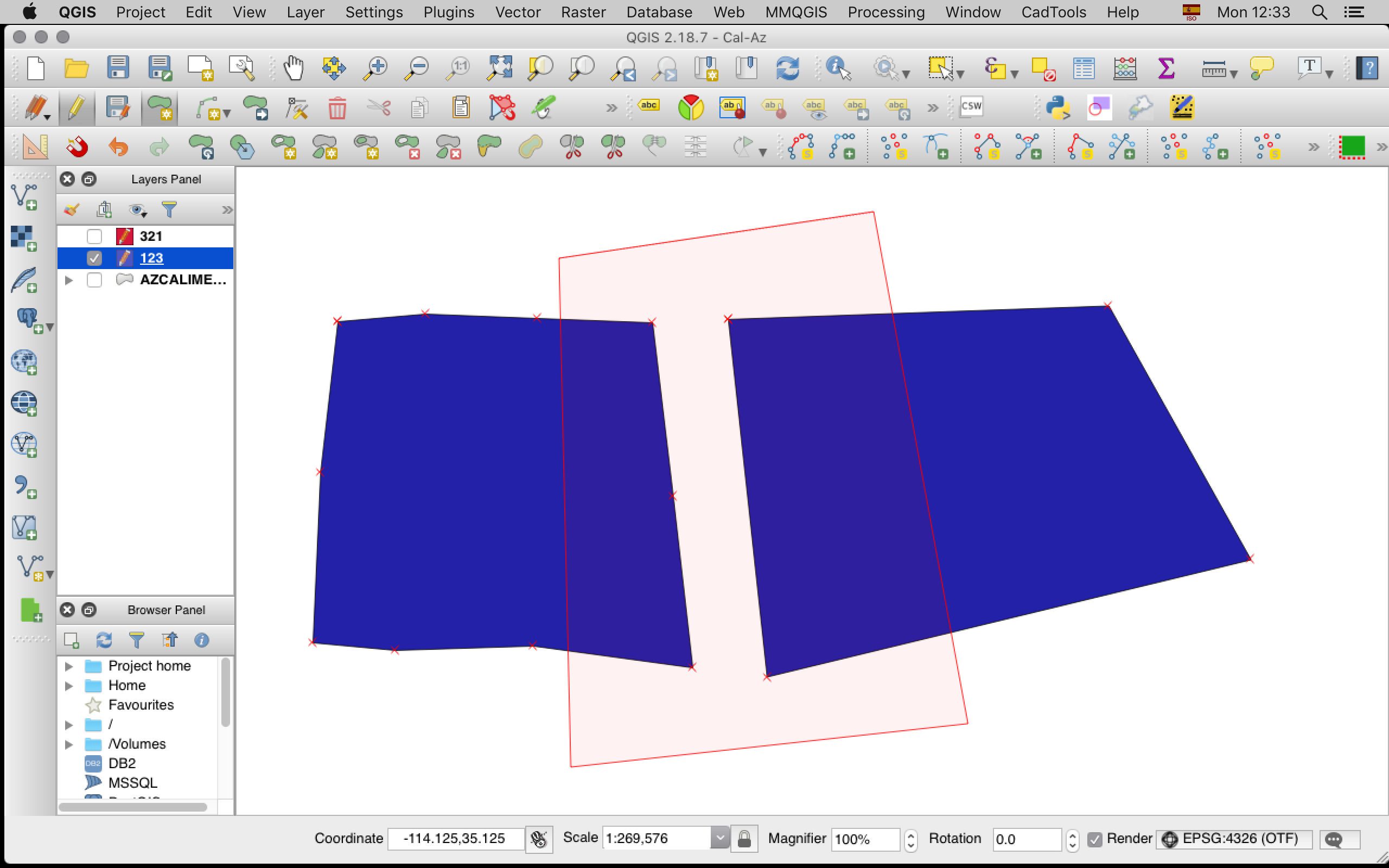 These two blue polygons belong to the same field/category. I need to edit them to unite them, the problem is that in my actual Shapefile they aren`t just two polygons but thousands belonging to the same Field and as I mention Qgis becomes really slow.

How can I cut just the red square area (image), edit it in a separate shapefile (unite them) then bring it back to the actual Shapefile.

You could save your Shapefile as a Spatialite file, see end of this answer.

However to answer the question you have asked about isolating polygons, and if working with your data as a shapefile, then really the first thing to do, as Kazuhito commented above, is to create a spatial index on your shapefile layer.

Double click on the layer, or right-click > properties, then in the General tab. Click on Create spatial index 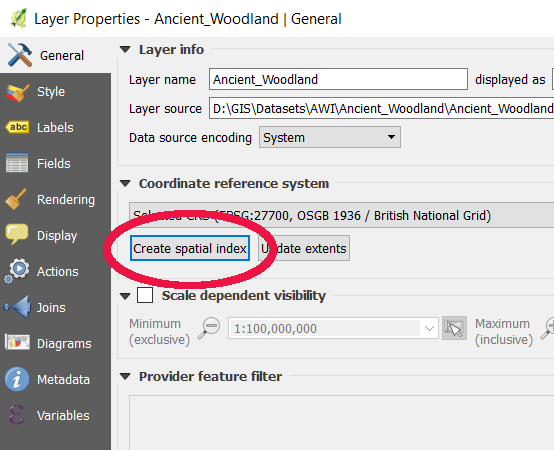 This will dramatically increase the performance of QGIS handling your shapefile layer.

Again, building upon one of the comments, if you know the polygons you want to edit you can Filter the shapefile to only show that polygon 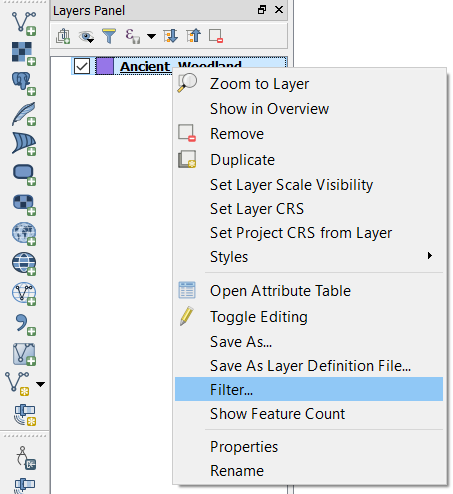 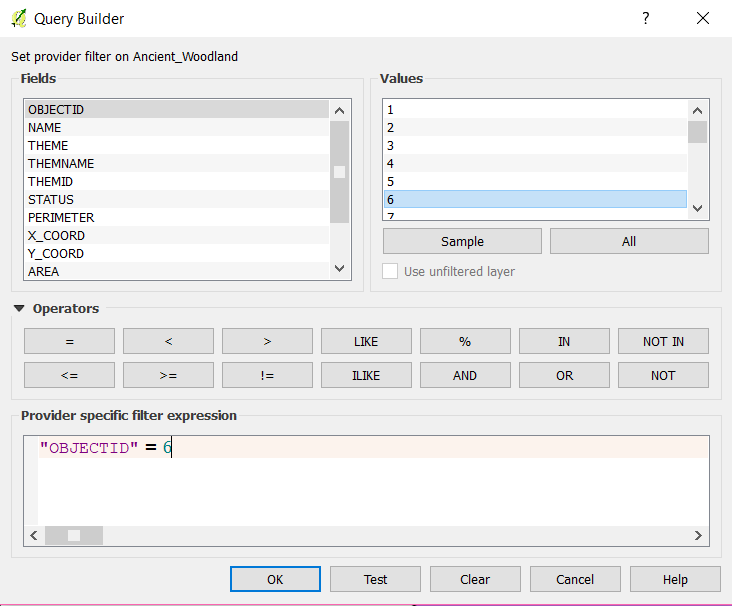 Double click on the field you want to filter by to add it to the query window, or type it, and build up an expression as in the screenshot.

Another way to isolate a few polygons, as is the question, and again if you know some attributes of the polygons you want, is to Select by expression and the Zoom to selection.

Again build an expression to select the polygons you want 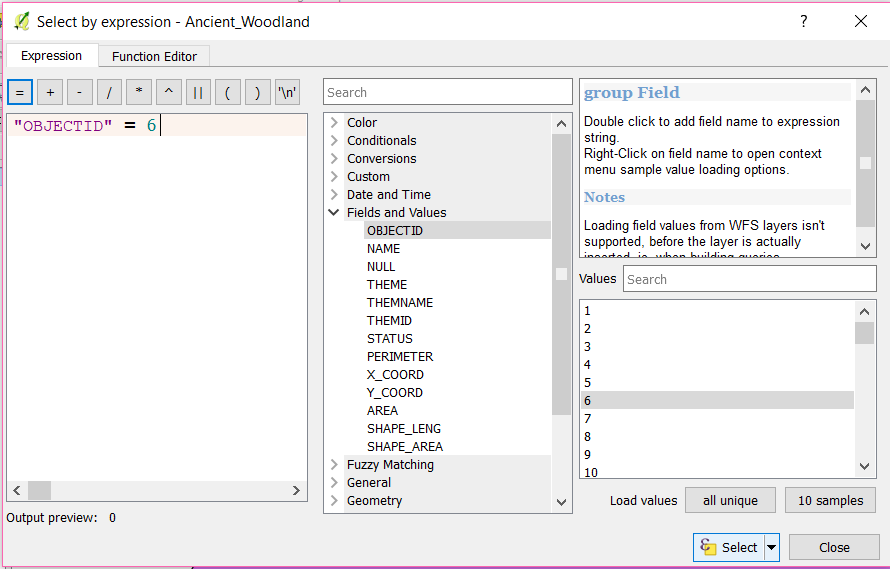 Then 'Zoom to selection'

You could save your Shapefile as a Spatialite file

Layer > Save as and select Spatialite in the drop down format. Browse to where to save it to, and name it. Make sure Add saved file to map is selected. 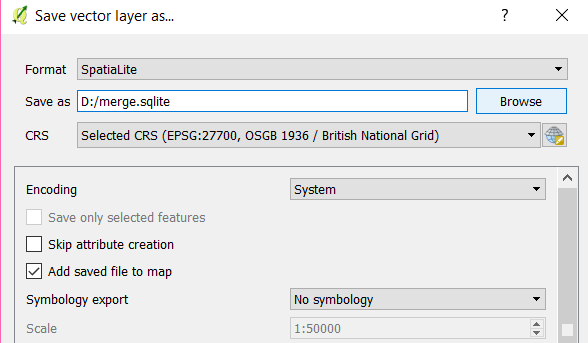 Spatialite is a database format, and so editing will be inherently quicker. With so many polygons it's not a bad idea anyway as it will give you database capabilities on your data. If you need to convert back to a shapefile you can do this by reversing the process and save as a shapefile.

After your recent edit I now think I better understand. I will add it to this answer for now, and then if this works I shall tidy up the answer so that it better reflects your edited question.

One method, which I don't think is actually what you want but I shall mention it first, is that you can use Vector > Geometry Tools > Multipart to singlepart, but this will separate all of them into separate individual polygons, so I suspect that this is not what you want?

To edit just two parts, as in your image...

In edit mode, with no polygons selected, use the split feature tool to cut each polygon part that you want to work with. This will make them separate polygons.

If the polygons are touching like this then you can select only those two polygons that you want to join using Vector > Geoprocessing Tools > Dissolve.

Browse to where you want to save the output as a temporary shapefile, and OK.

Not the answer you're looking for? Browse other questions tagged qgis polygon editing or ask your own question.

6
Is there a way to select only a certain polygon for editing?
3
How to turn all lines into one direction?
5
Cutting polygon using line - cutter, cut() - using ArcPy?
7
Polygon of data coverage from Rasters
1
Merging polygons based on separate shapefile touching each polygon using ArcGIS Desktop?
4
Speed up classification in field calculator
3
Dividing shapefile with many polygons into equal parts
5
Exporting QGIS project containing many points with qgis2web: reduce loading time
3
Labeling only subset of points inside polygons in QGIS