Below are the steps I re-projected shapefile. For some reason it disappears.

In QGIS double-click on shapefile 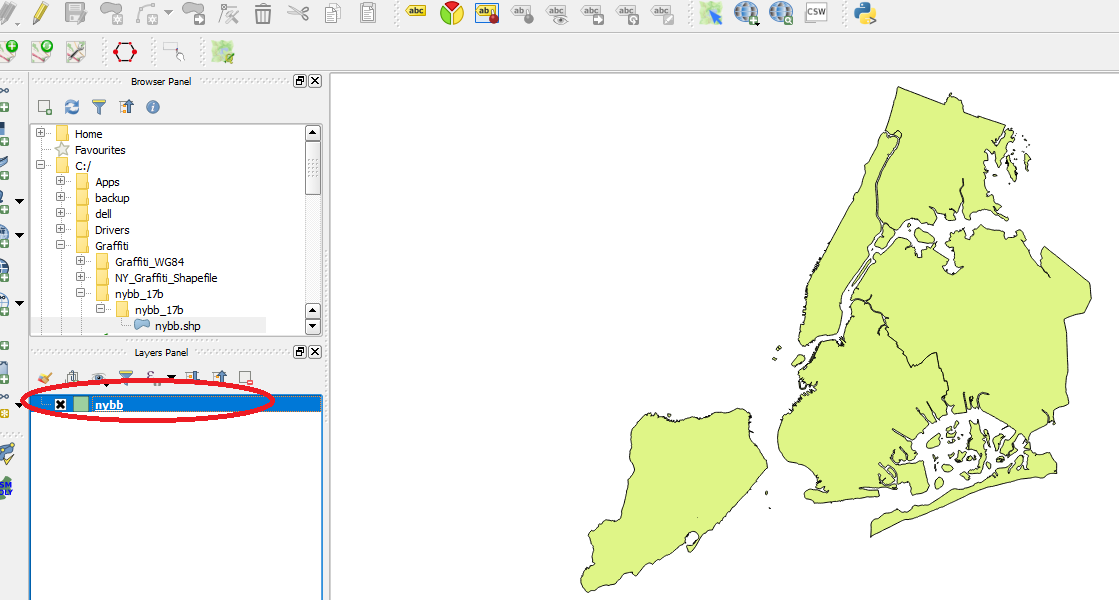 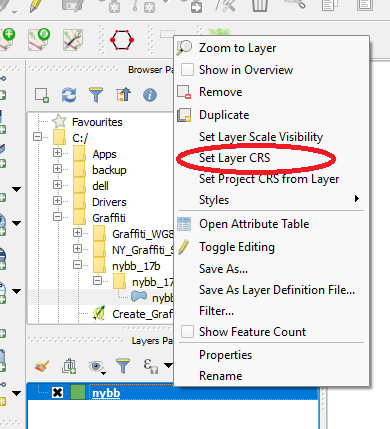 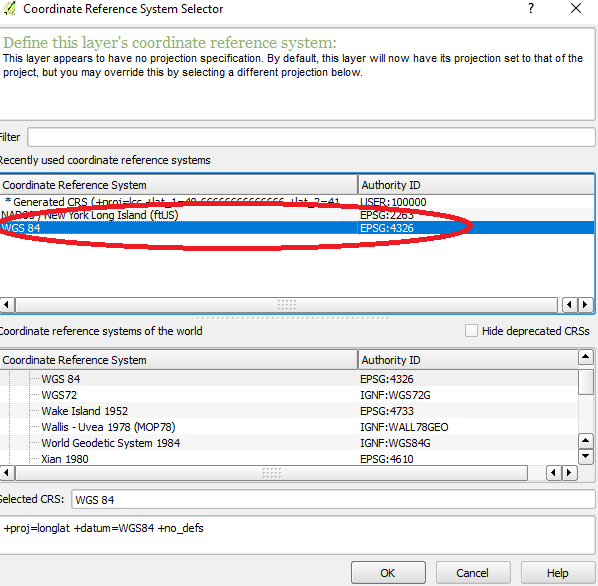 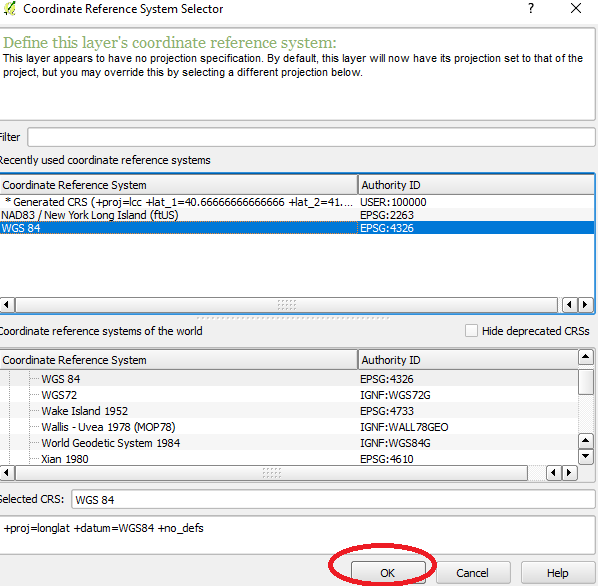 Right-click shapefile and select "Save As" 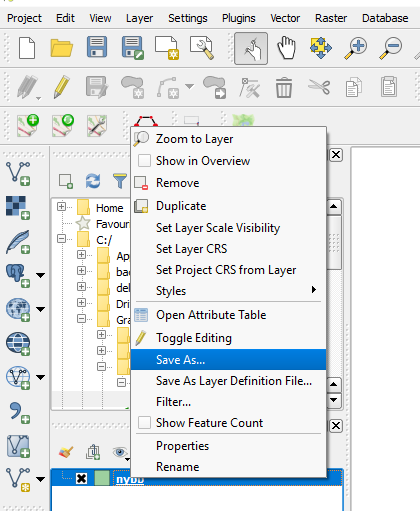 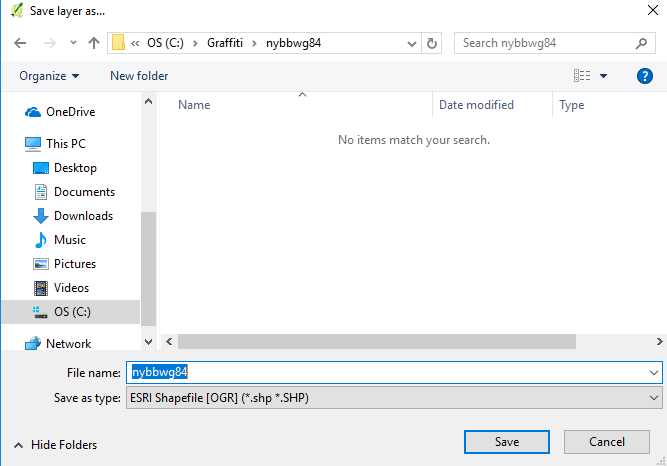 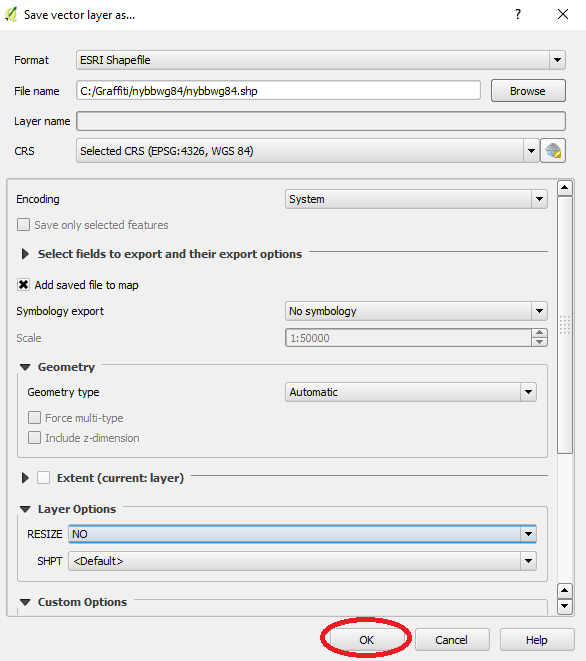 I uncheck the original shapefile and the new shapefile is blank 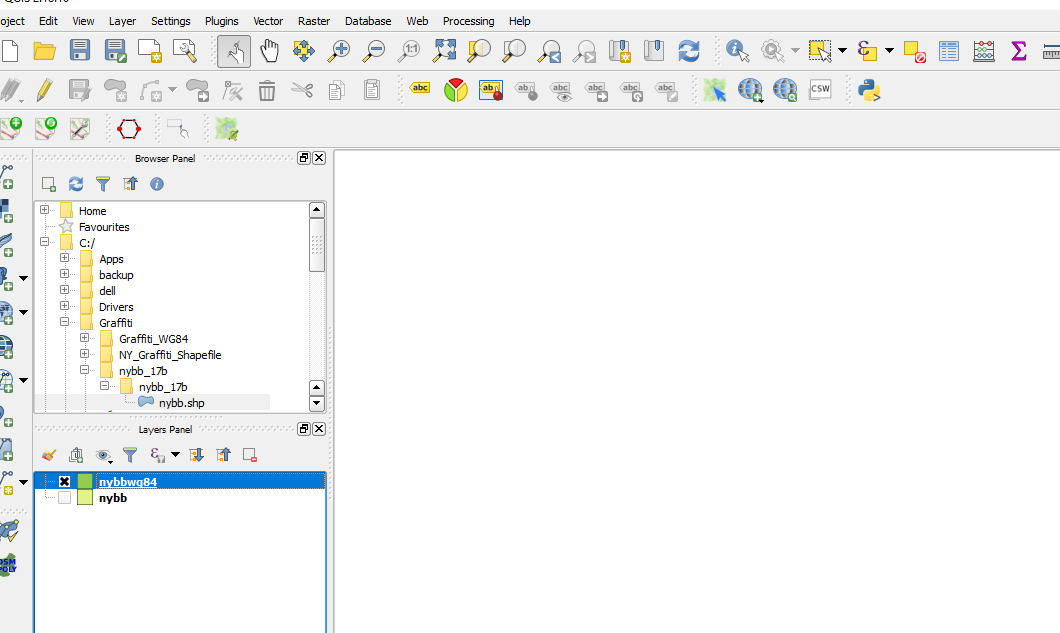 This website, Power Map for Excel gives simple example and links to the Excel spreadsheet and shapefile. When I plug it in, it looks correct.

I went back to my original shapefile and it is plotting the boroughs of New York City across the world. 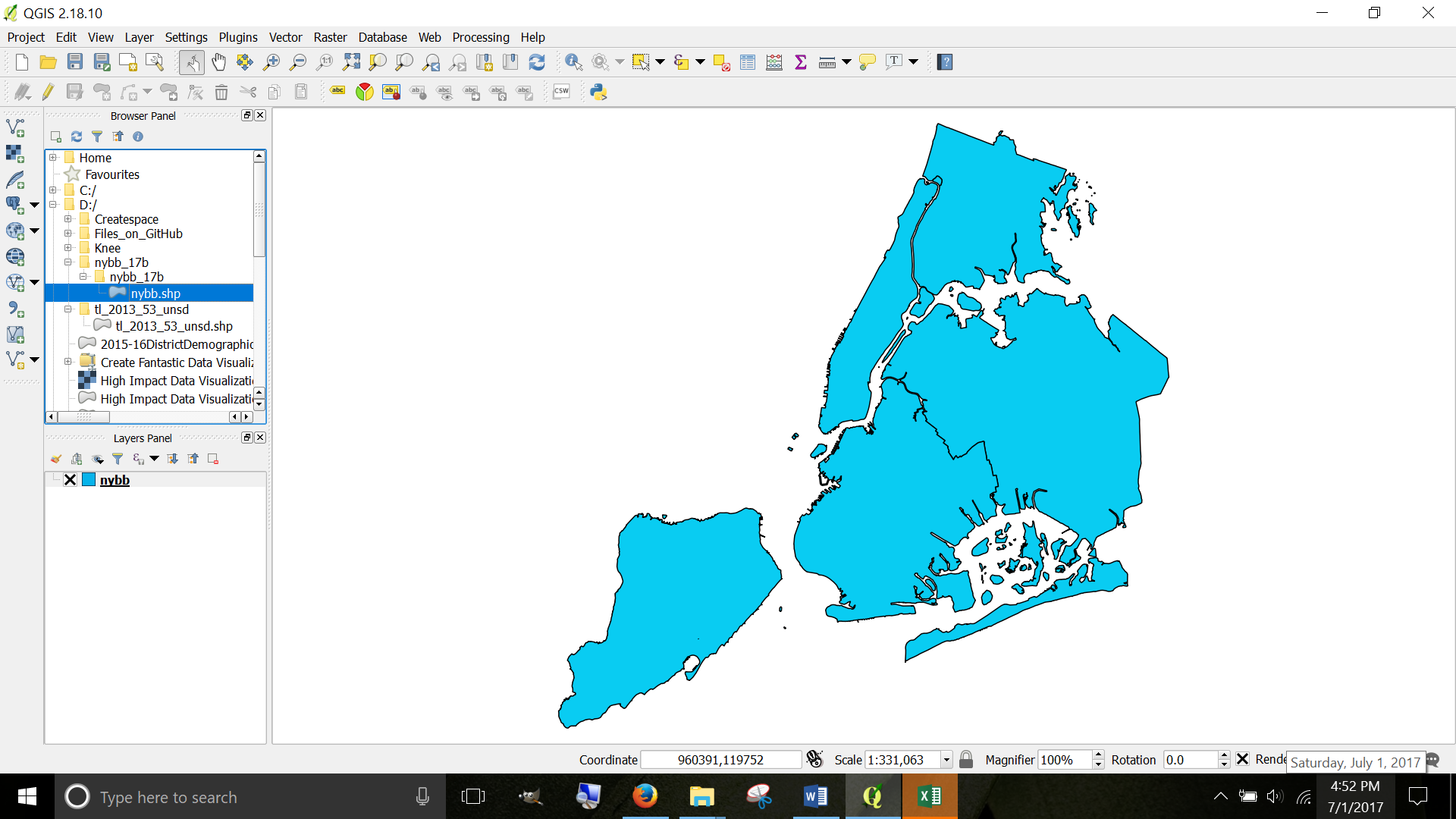 But when I import into Excel Power Maps it looks like the following.

How to correct this? They are all points on a map instead of shapes AND they are all in the wrong place!

Staten Island in the North Pole 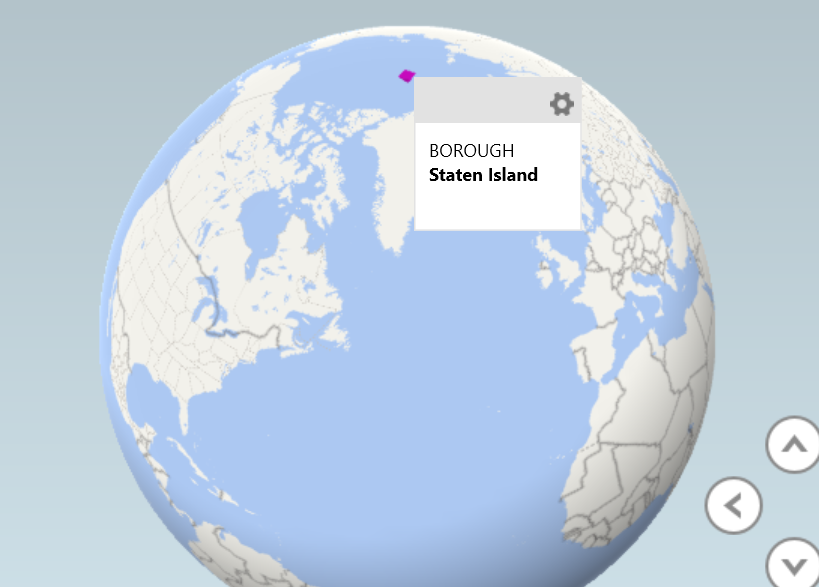 Bronx is South of South Africa 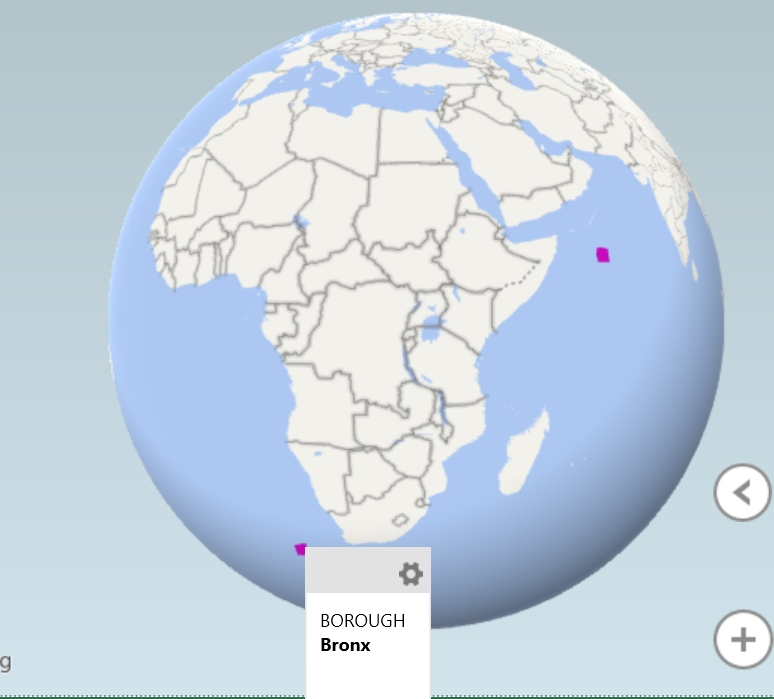 Queens is in the Indian Ocean 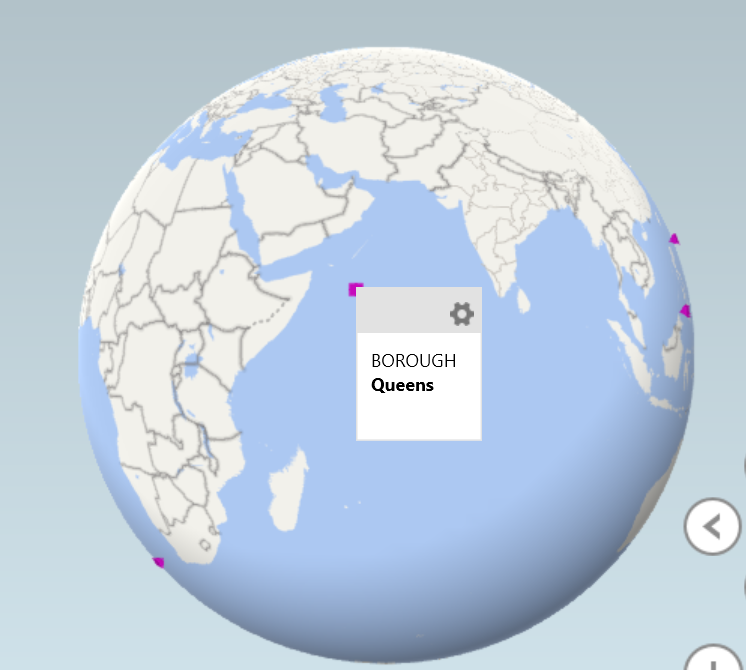 Brooklyn is North of the Philippines 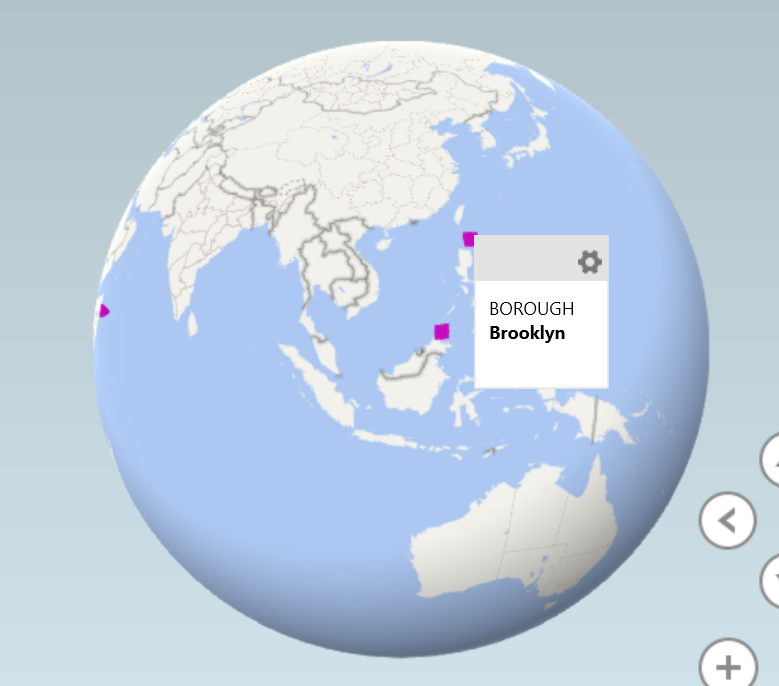 Manhattan is North of Indonesia 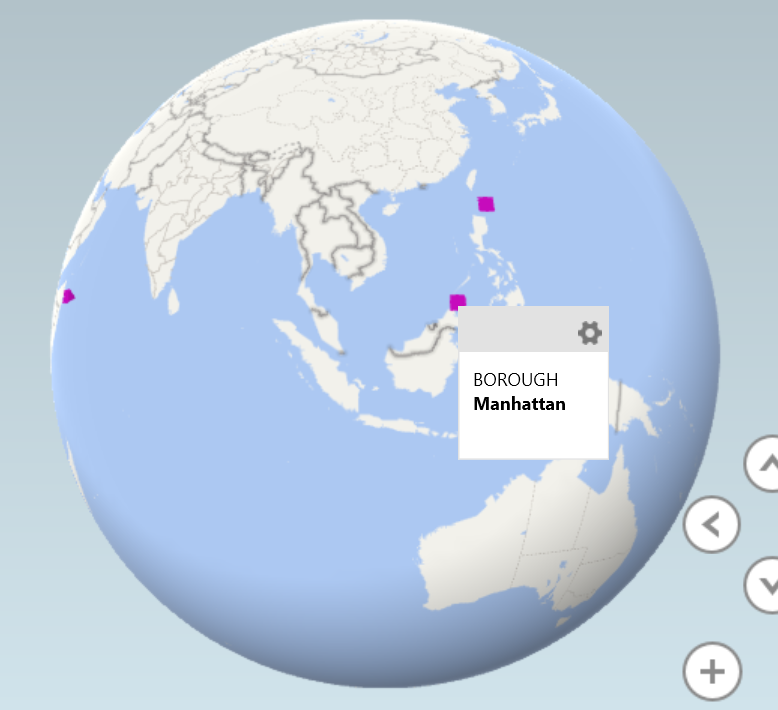 I am very novice at shapefiles and cartography in general.

I am not sure how to use Shapefile that I successfully imported.

And the book High Impact Data Visualization in Excel with Power View, 3D Maps, Get & Transform and Power BI, 2nd Edition (free download at allitebooks) gives one or two sentences, not even a tutorial on how to import for use!

Here are the steps, perhaps you will understand

Map view defaults to the Indian subcontinent, which I find odd because the shapefile is 5 boroughs of New York 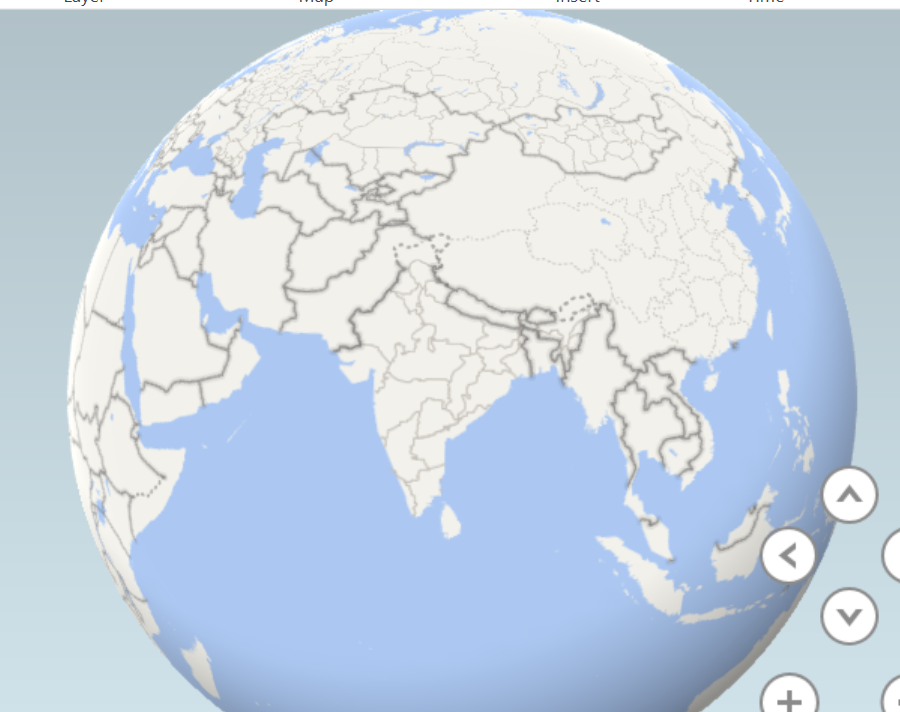 I attempt to add a field from my data whose name is BOROUGH. Entire dataset can be downloaded from NYS Open Data 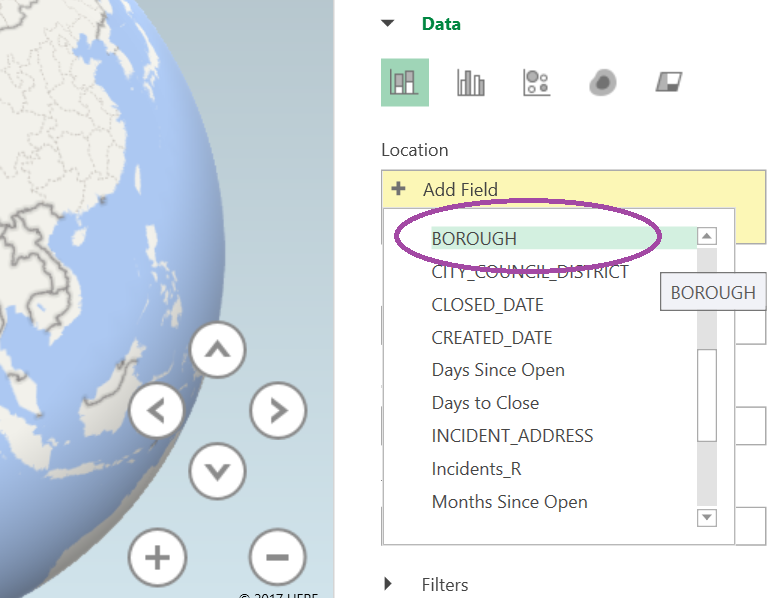 Then I add Custom Region Set and nothing happens.

What am I supposed to do next? 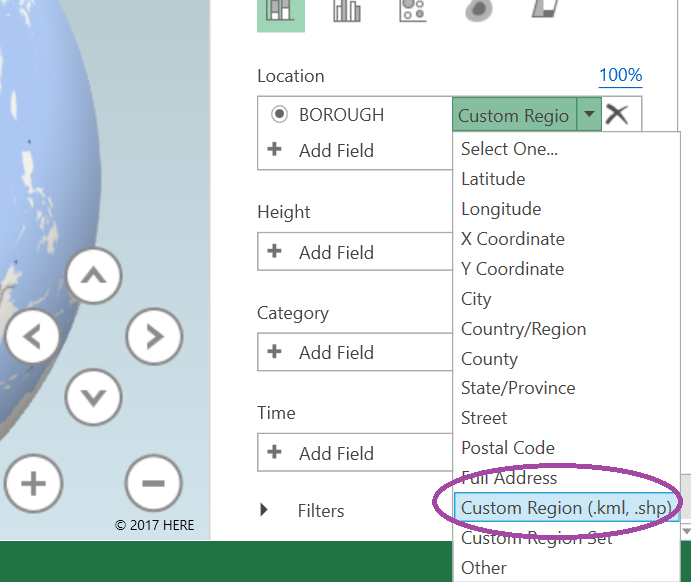 I think you're not quite getting the reprojection right. You've got the right steps, just not the right options.

In the shapefile properties, when you pick Set Layer CRS you need to set the spatial reference to what the layer is, not what you want it to be. For this data it looks like it is EPSG:2263. This is easy to misinterpret - the command intends to set the CRS of the QGIS Layer, not the data file it is drawing. It's usually used when the spatial reference isn't defined in the source data so QGIS can't automatically determine which one to use.

Then when you go to Save As.., this is where you set it to EPSG:4326. This will reproject the data.

Not the answer you're looking for? Browse other questions tagged coordinate-system shapefile qgs microsoft-power-map-excel or ask your own question.