Alignment problem in 2 vector shapefiles with the same projection

I have 2 vector shapefiles of Manila that are supposed to align, but they do not (screenshot attached). I have projected them to the same projection (World Mercator WGS 84, EPSG 3395). One shapefile appears to be shifted to the right and does not align with the Google Street basemap and the other shapefile. I am using QGIS 2.14.16.

The pixelised shapefile in the picture was actually from a MODIS 500m raster image which I polygonised. The other shapefile is the administrative outline of Manila, from GADM.

I understand that MODIS data may have some misalignment issues that may be the cause of this problem, which I have not seen in other forums.

Any ideas as to what could be the problem and solution? 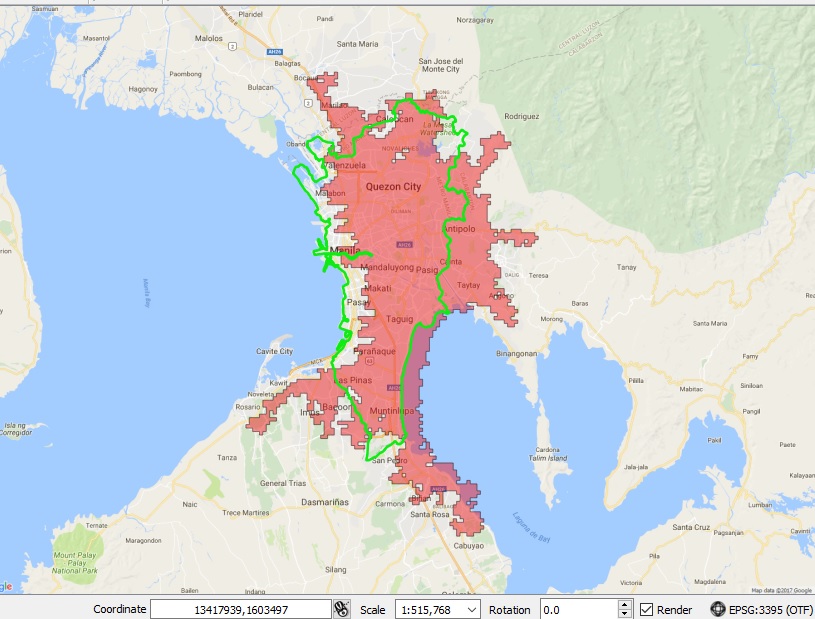 Tried to change the shapefiles to EPSG 3857 to match Google Street's projection as suggested by AndreJ. Unfortunately both shapefiles are more misaligned. 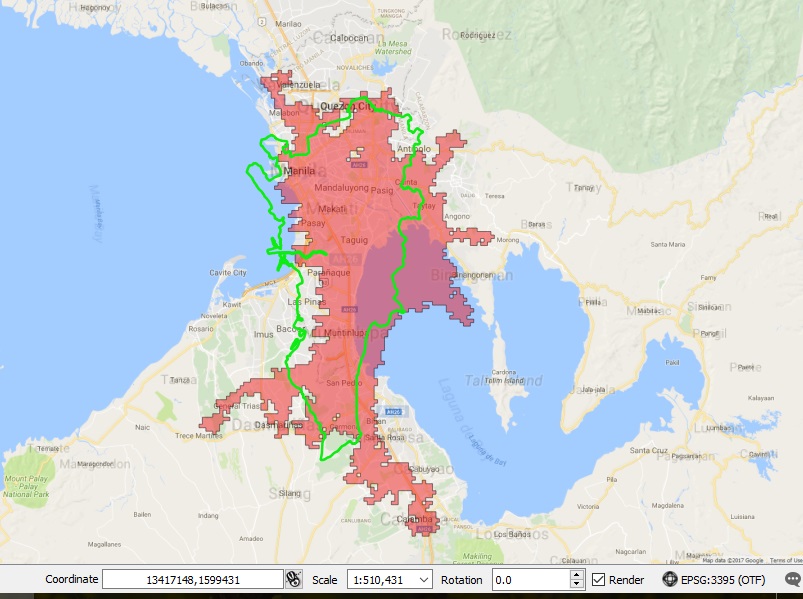 The alignment error must be somewhere in the preprocessing of the data.

and it fits quite good to an Openstreetmap background: 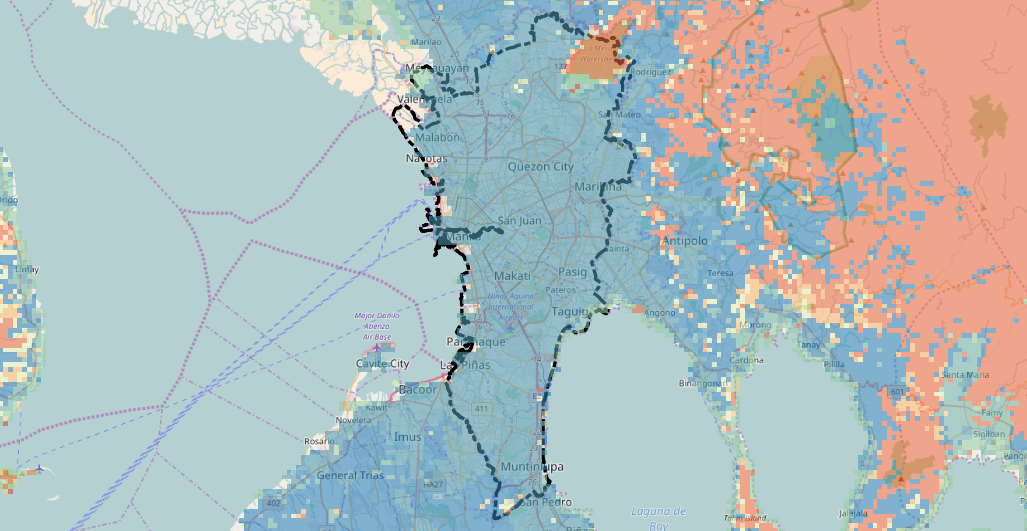 1
Projected MODIS data not aligning with ESRI basemap in ArcGIS for Desktop?