I am a GIS hobbyist trying to create a merged DEM of the St. Louis region in ArcGIS Pro 2.0. So far I have been successful in creating two mosaics, one of the Illinois side of the Mississippi River and one of the Missouri side. I created both by combining county DEM rasters from two different web sources. Here is an image of the two combined rasters: 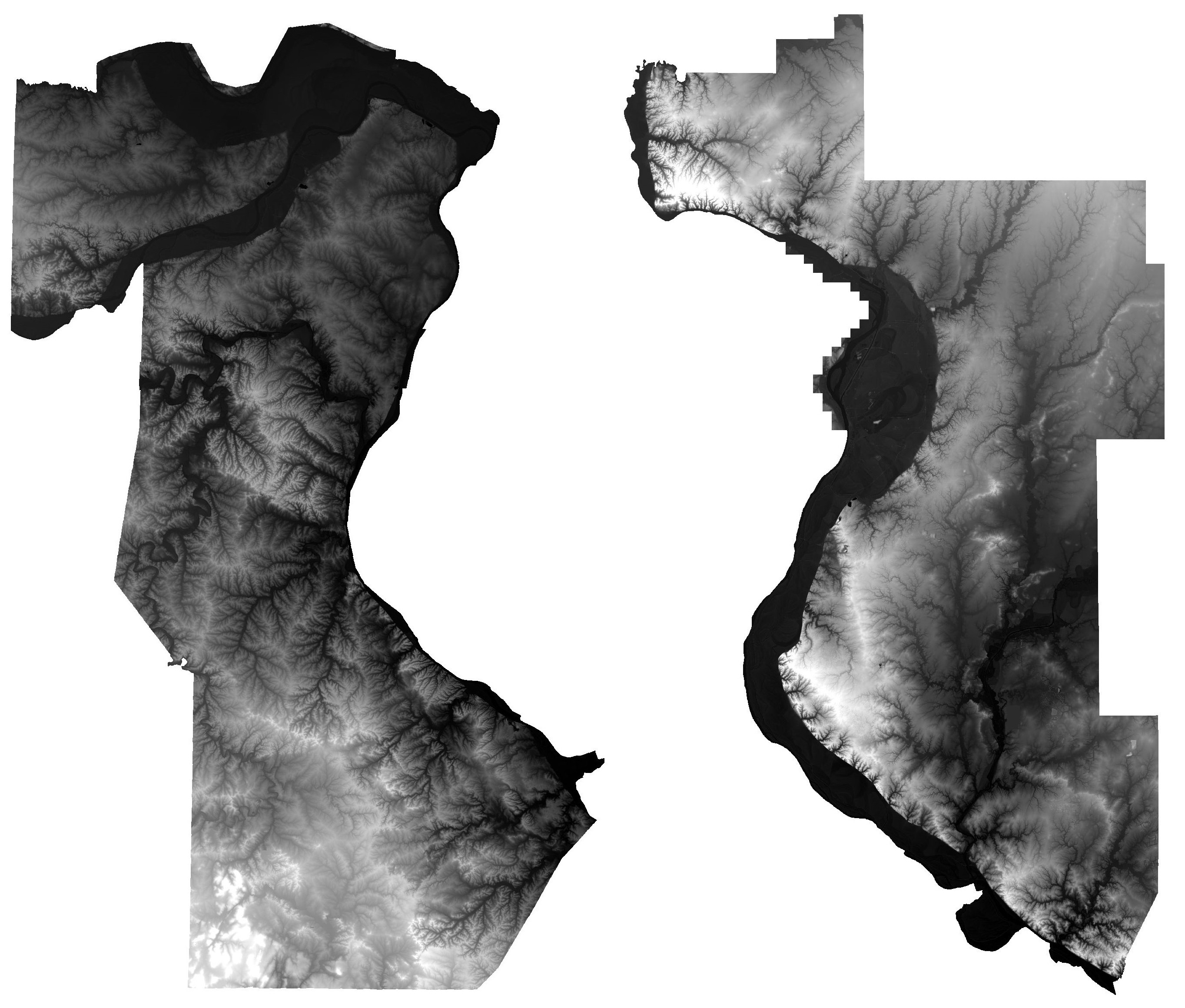 Please note that originally these were two separate images that I combined after exporting from ArcGIS. This is not representative of where they are spatially. I would have them as two separate images if not for StackExchange's prohibition of more than two links and images in a question for new users.

The problem is what happens when I put the Illinois and Missouri DEMs together in a mosaic: 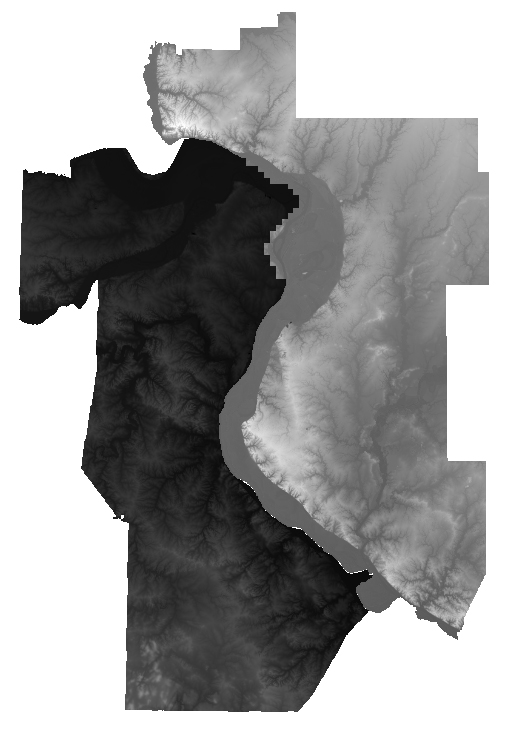 I imagine that what I need to do is lower the elevation of the Illinois DEM or raise the elevation of Missouri, but I am not sure how. I have not been able to find anyone who has asked about an issue like this before. I would still like the DEM to be accurate after adjusting the elevation, but absolute accuracy is not essential. My goal is to create an elevation map of the St. Louis region for illustrative purposes.

Specifically, I downloaded the derivatives for Jersey, Madison, St. Clair, Monroe, and Randolph Counties. The files were originally in .ovr format.

Missouri had two data sources, both from the same website. First I downloaded DEMS for each county from here. Those were geodatabases. I then had to download individual tile DEMS from here to cover gaps between the borders of each county. Those files differed in format; some were adf and some were geotifs.

Apologies for the awful link formatting. I am not allowed to post more than two links yet.

It turns out there was a unit issue, as explained by the top answer below. I just want to share a guide here for anyone looking at this in the future who has a similar issue with units.