I am trying to code a function that creates some multi ring buffer. The algorithm is as below:

The first ring is created but then I get the error:

Why? What is the correct way?

You shouldn't return features because you're working with geometries. It's totally redundant to create new features for setting same geometries. It's preferable to return geometries in WKT format. You can handle them easily later. I assume that next code matches your requirement:

After running it at the Python Console of QGIS with next shapefile: 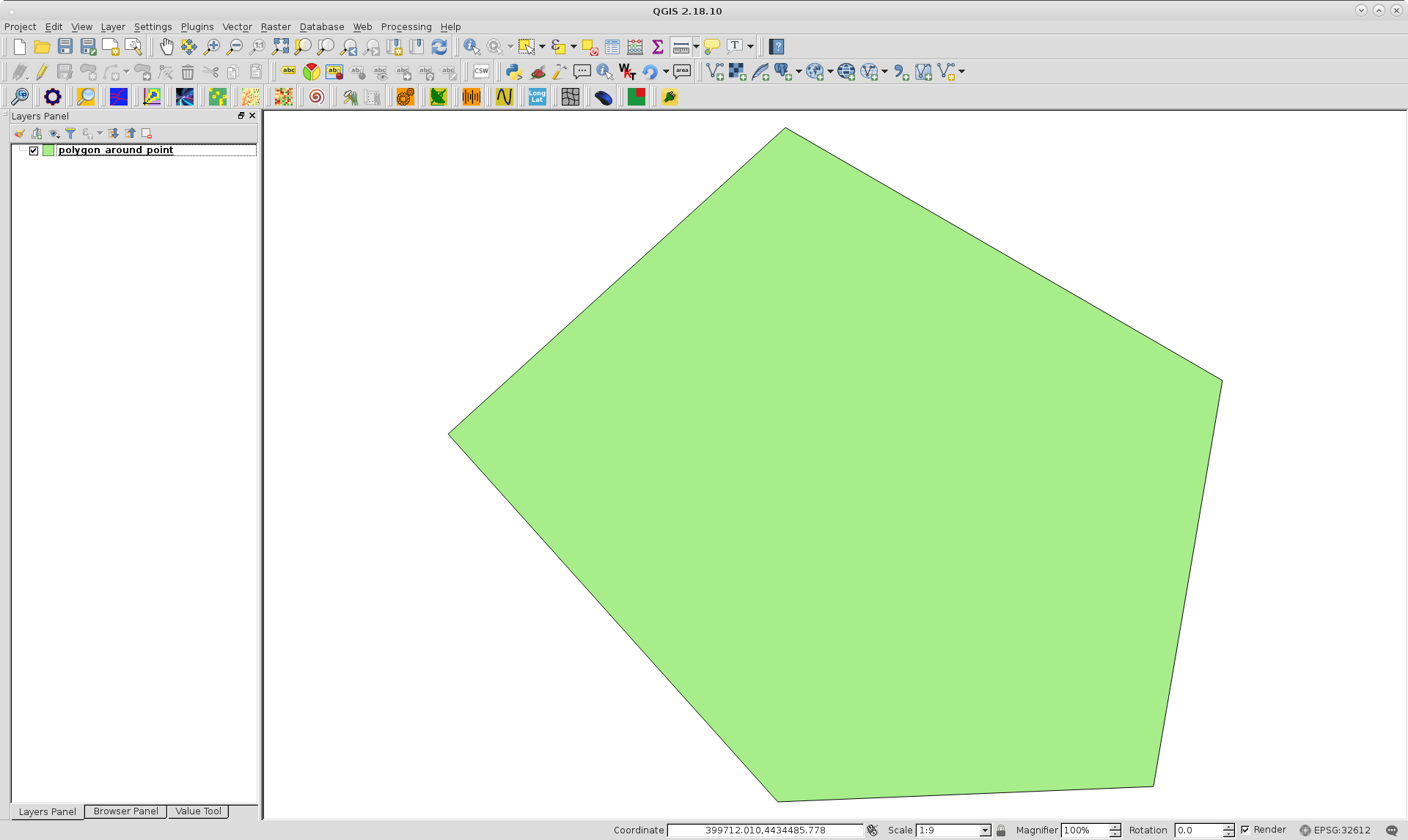 I visualized at Map Canvas the first ring printed at Python Console with the help of QuickWKT plugin. 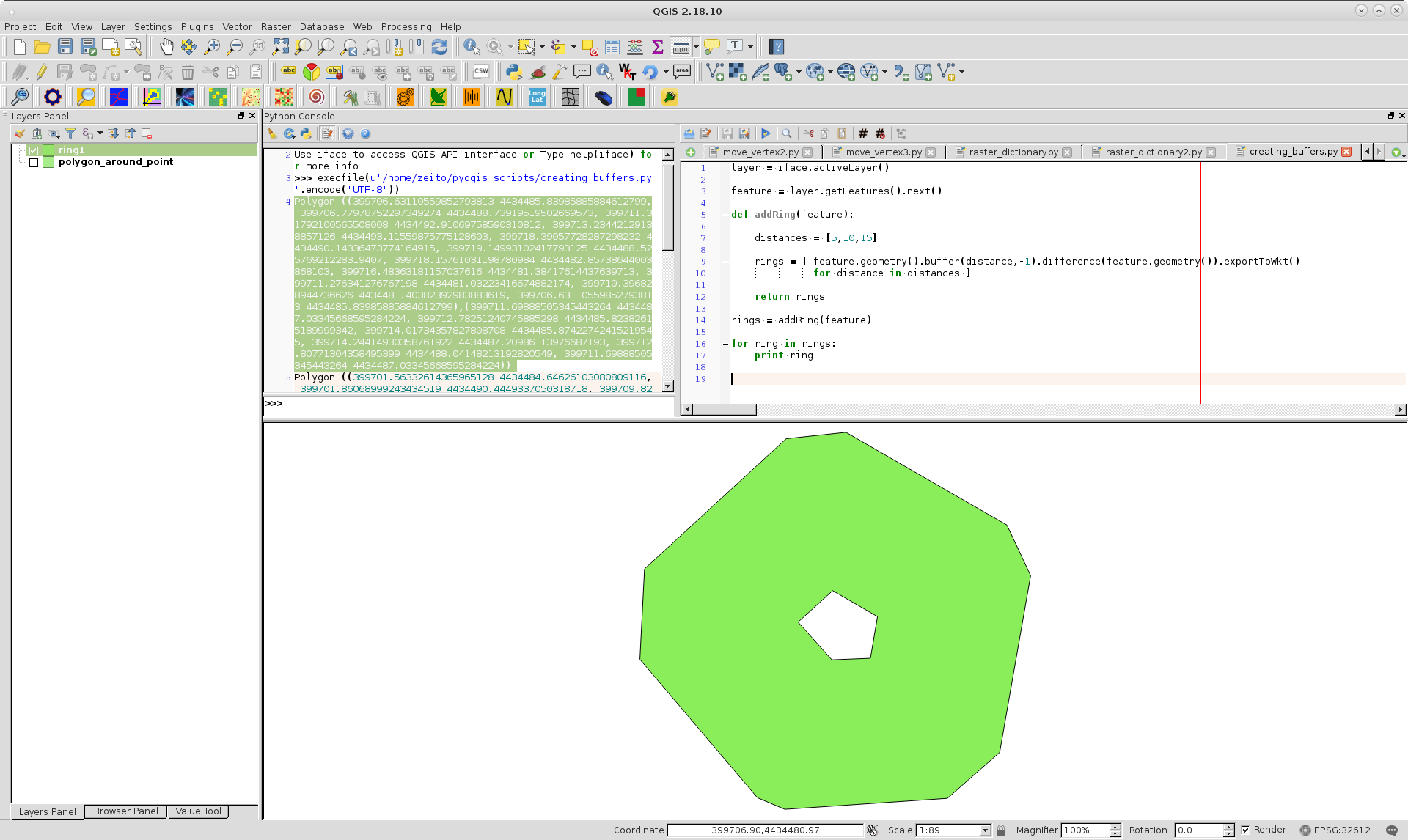 This is original Blue code's where were fixed all issues:

After running above code at Python Console of QGIS it's obtained this equivalent result: 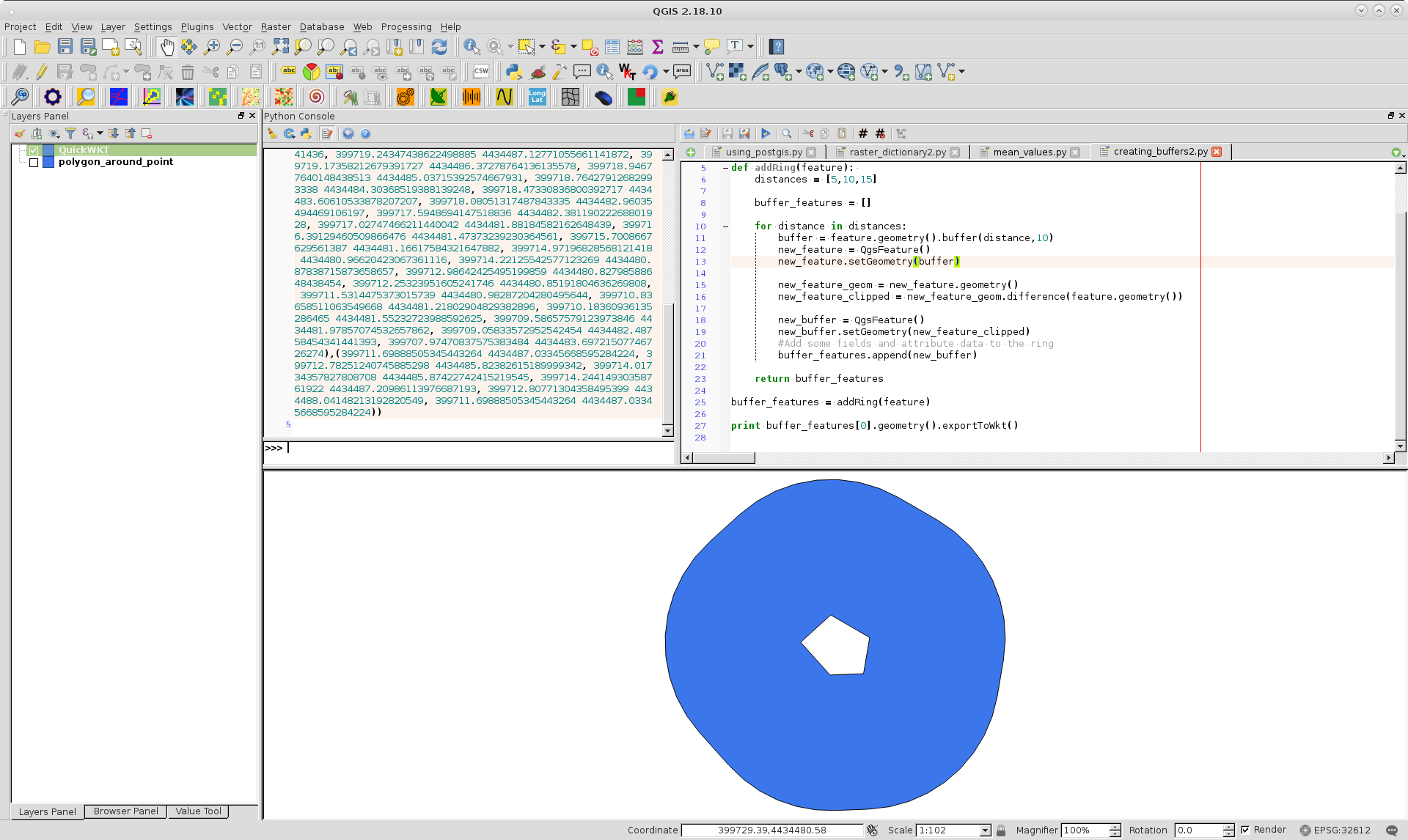 Here is the working code:

1
Multi-Ring Buffer Methodology
1
PyQGIS function not working
2
Pyqgis Fixed Buffer Creation in Meters with Haversine
1
Creating a fixed distance buffer from a virtual layer
6
How do I set QgsVectorFileWriter.SaveVectorOptions for QGIS 3?
3
QGIS Processing Script Stops Working After First Run
0
Raster reprojection code not working in PyQGIS
2
Snapping lines' start_point/end_points to the closest point features to them