Estimating cline width at multiple points along a trait gradient

In the map below I have 66 (green) points along the midpoint (0.5) for an allele frequency cline across the region (see map). I created the points by placing a point every 25 km along the 0.5 allele frequency contour. The thick red lines represent the 0.22 and 0.78 allele frequency contours. I would like to estimate the width of the cline at each of the 66 points. The "estimated" width should be based on the shortest distance between the two contours when the line runs through the point. This would allow me to compare the cline width at 25 km increments. 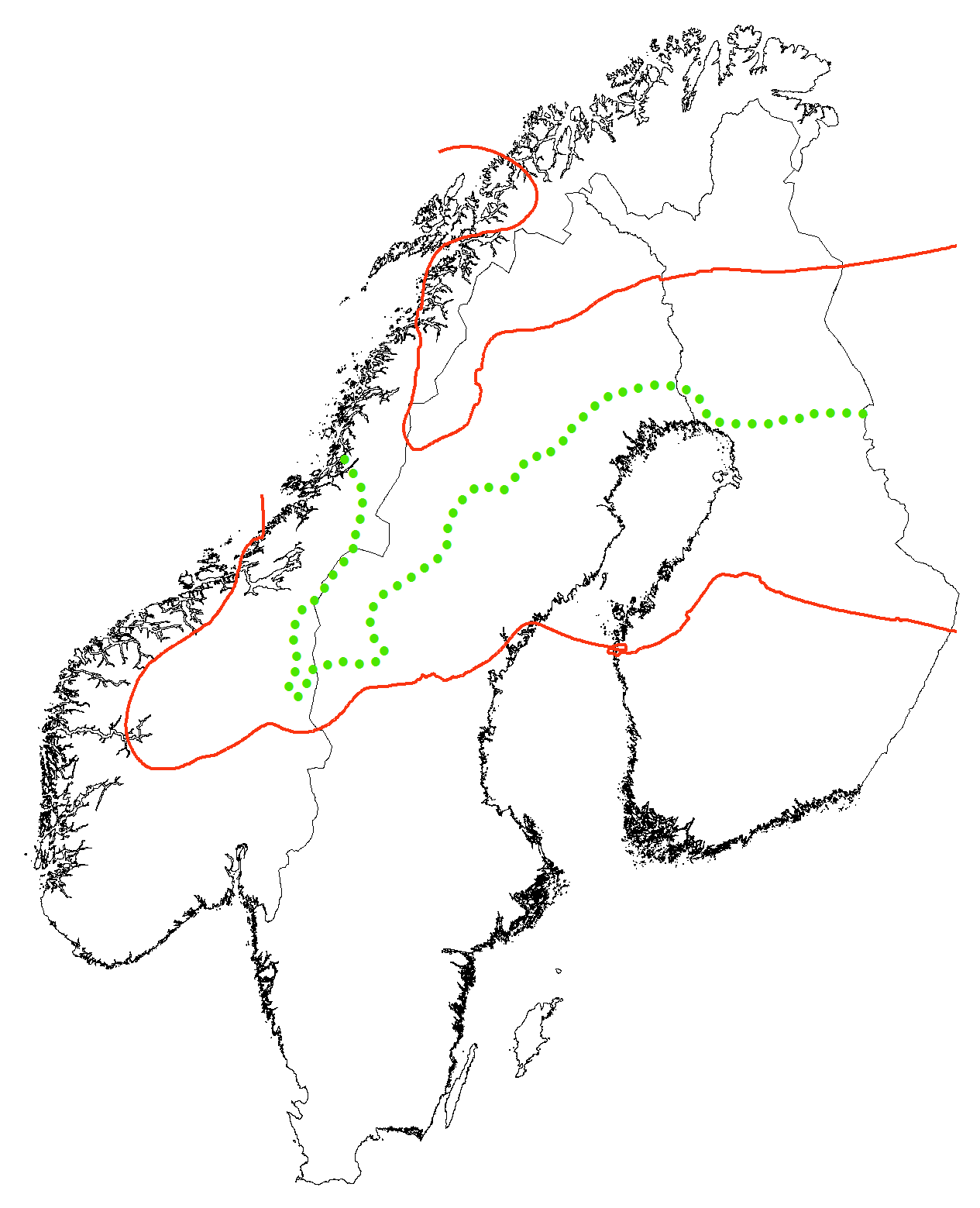 The result would look something like the map below. Note that I hand-drew only of 3 of the 66 desired lines and my lines are probably not the shortest distance between the two contours for each of the 3 points. Each of the line must be a straight and unbroken (i.e. no bend at the point). I would also get the total distance of the line, plus the distance for each segment (0.22 to 0.5 and 0.5 to 0.78). 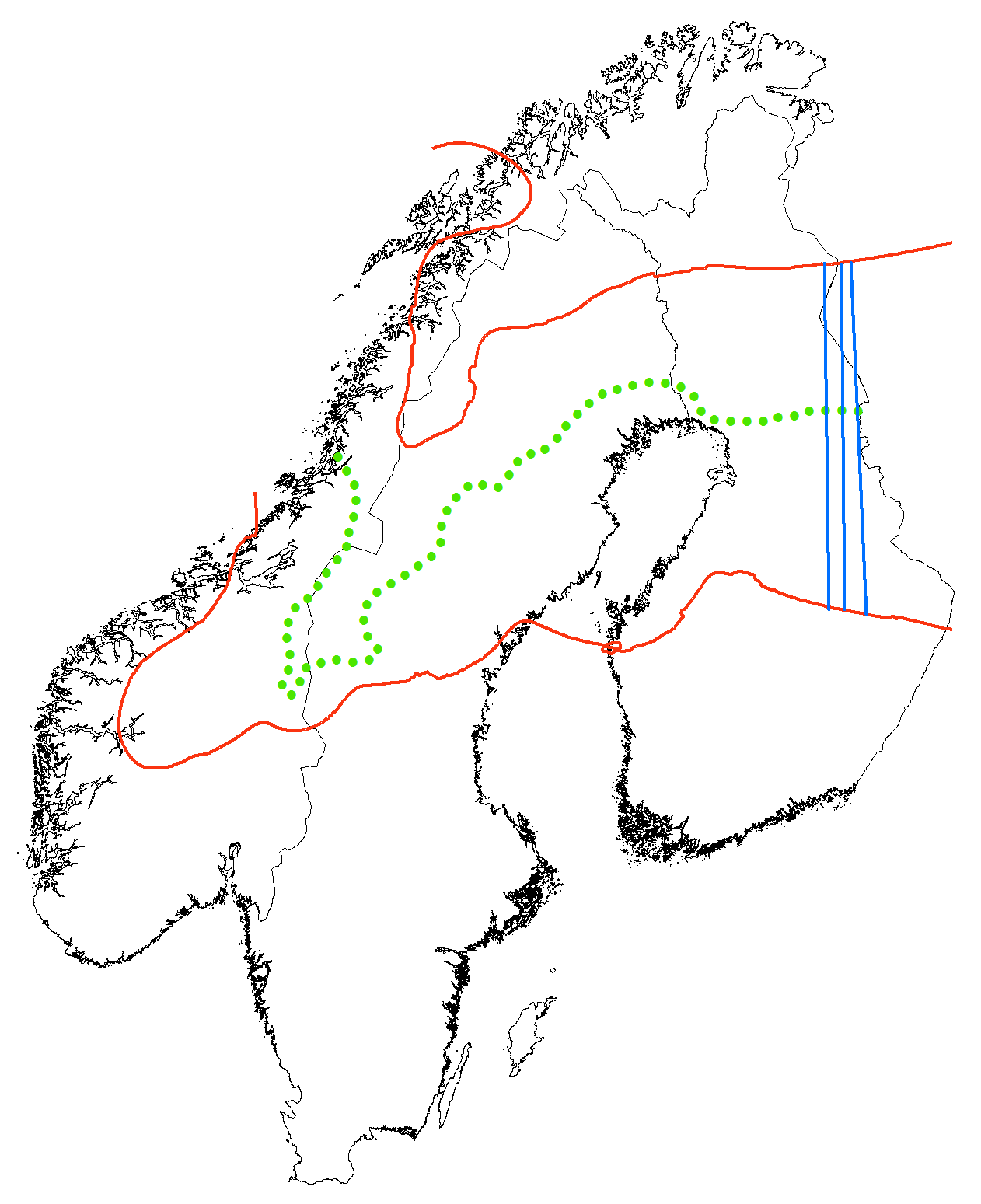 This is a map created using the "Near" function with my points as the "input feature" and contours as the "near feature". I created the map by running the near function for each contour separately. As you can see the map is not quite right. Any other suggestions? 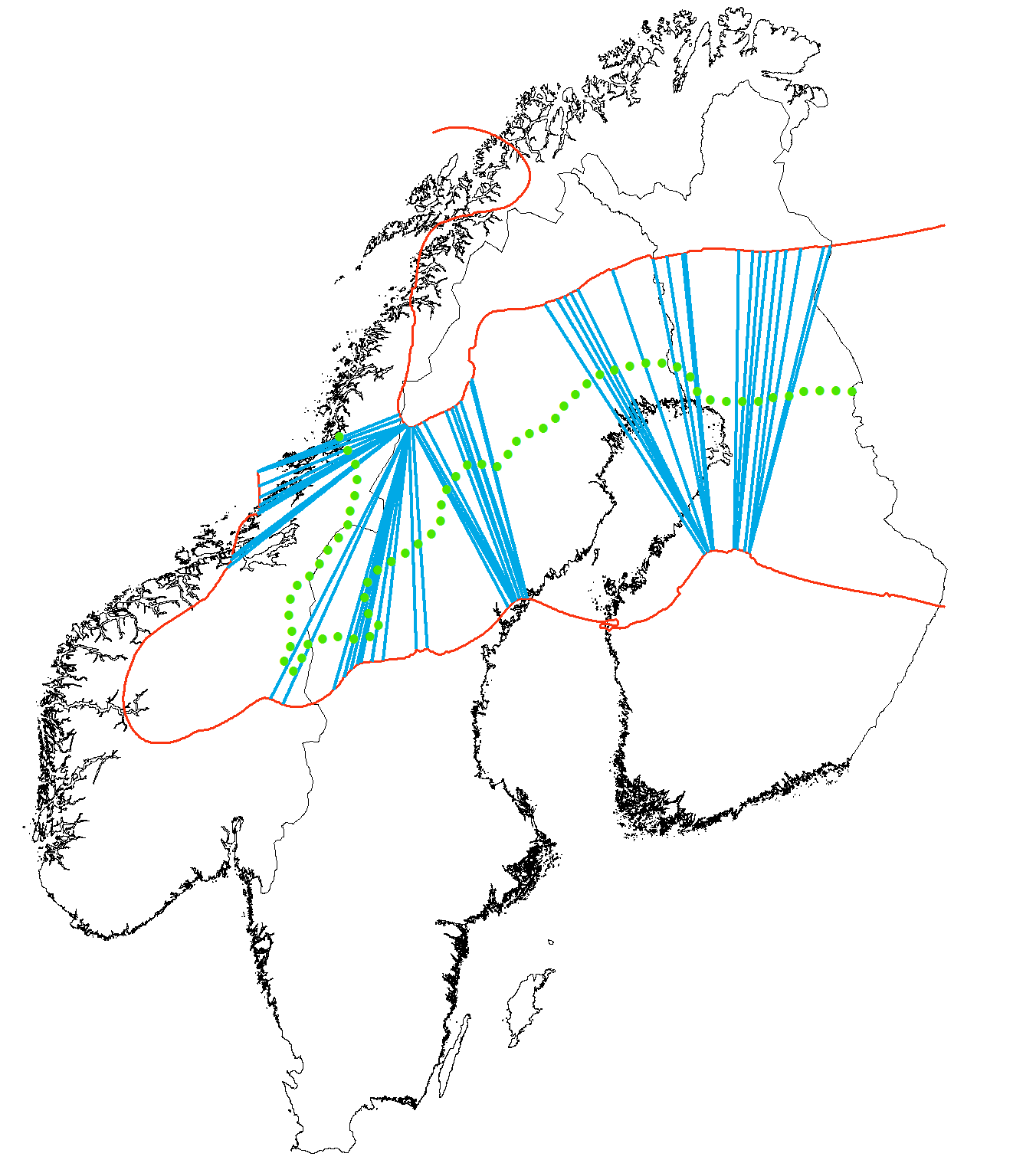 By changing your requirements just a little bit this is easy to do. Instead of defining the width at a central green point be the length of the shortest segment passing through that point and intersecting both contours, let the width be the sum of the distances from that point to the two contours. This is a reasonable definition of width and will qualitatively agree with the first one.

I can provide a partial illustration derived from the image. Here is a relief plot of the sum of distances to the red contours (cut off at a sum of about 400 pixels): 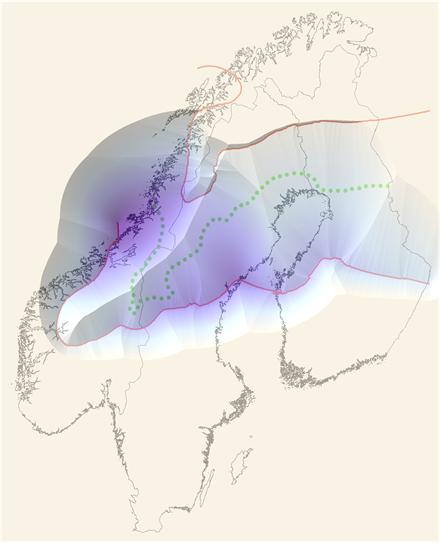 Although I don't have a vector layer of the point locations, I can extract the green pixels from the image and plot the widths (i.e., the distance sums) as those pixels are encountered in a vertical sweep from top to bottom: 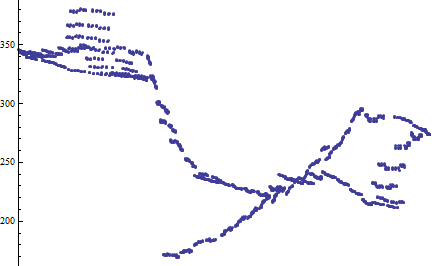 In the actual application the points would be ordered by their position along the central (green) transect and this would be a profile of the widths at those points.

Not the answer you're looking for? Browse other questions tagged arcgis-10.0 arcmap point spatial-analyst nearest-neighbor or ask your own question.