I'm looking for a way to check for writing access to an mxd upon the initiation of a python AddIn tool. My tool should only be enabled if the user has writing access to the mxd. I thought there was a way to check for read/write access using arcpy (or maybe os?) but it's lost on me now. I tried the following as a work-around (saving upon initiation):

However, this doesn't produce an IOError. Instead I get a warning box (below) from ArcMap and the try is successful and the except is ignored. 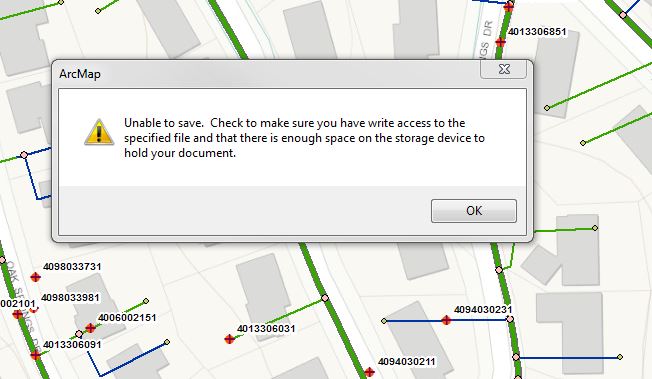 I've now realized that I was thinking of arcpy.TestSchemaLock, but according to the help this is only for feature classes, tables, and feature datasets.