I'm in the midst of aligning century-old maps (of Paris) to vector data of the modern same: Qgis' Georeferencer tool works fine, but doing the entire city that way is a gargantuan task. Paris hasn't changed much over the past century, and there is some lens distortion at the edges of the photo of a paper map that is torn in some places, but in all, the raster maps match the present city layout (vector) to ~85%.

I was wondering if anyone has heard of a tool or method that can match 'detected lines' in raster to vector coordinates... I can imagine a first step would be to 'rough align' the maps to vector using Georeferencer, but it's the 'fine tuning' that is most problematic and time-consuming. 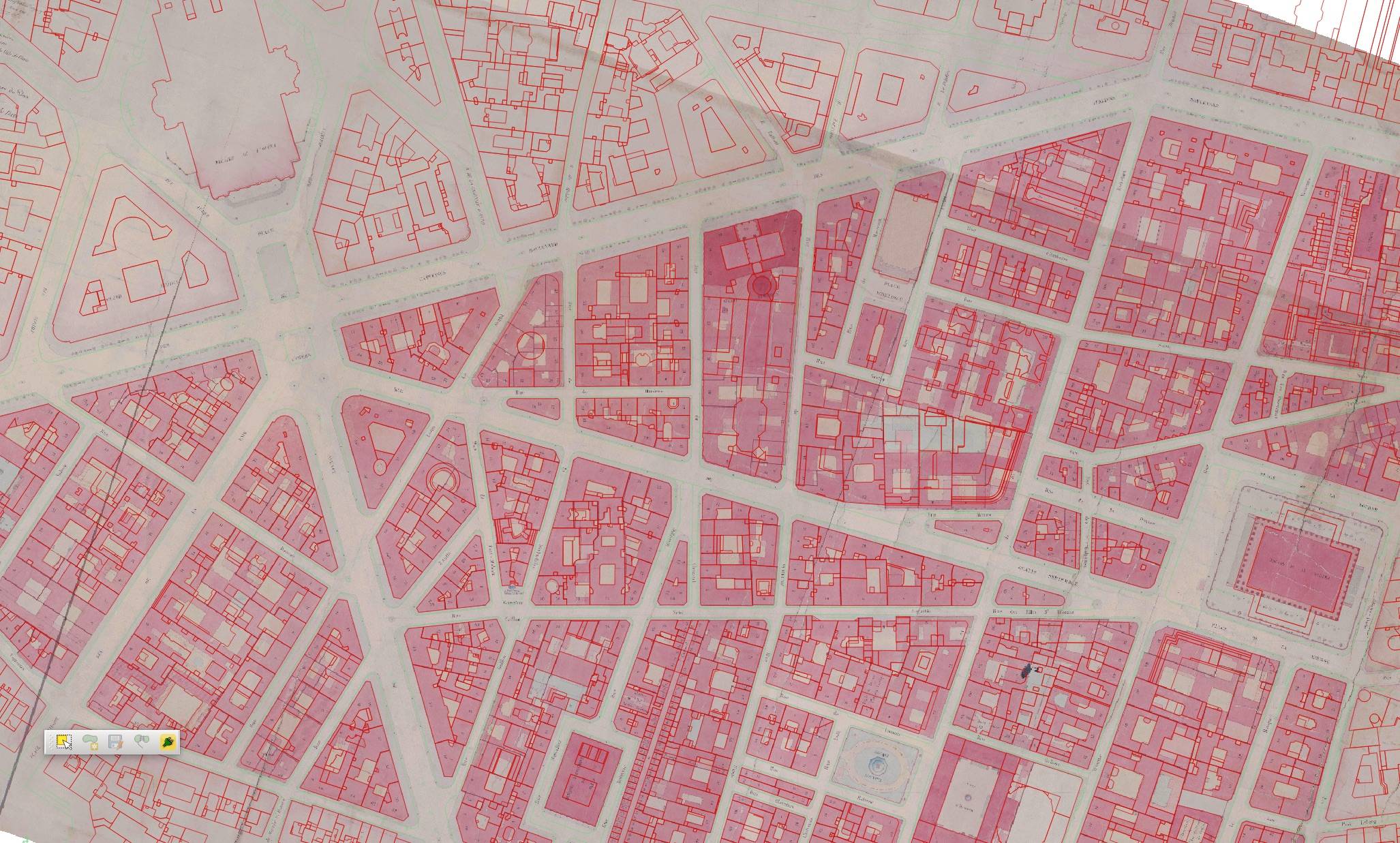 I am facing the same problem.

It may be possible to use the Register feature of Google Earth Engine. This will automatically warp and distort the overlay to align with an underlay. I am not sure if this will work on line drawings though. The trick would be to ensure the algorithm can detect the pixels that are supposed to match. Register might work if you aligned the raster with a modern map with similar lines. I haven't tried it yet.

Here is a guide to "Scanning and vectorising old mine drawings and maps" based on a wealth of experience with QGIS and image enhancement.

Not the answer you're looking for? Browse other questions tagged qgis raster vector alignment or ask your own question.