I'd like to calculate the percentage of overlap (not area) of polygons in two different layers. Both layers are in WGS84 (EPS:4326). There are several tutorials on how to calculate area overlap for projected layers, e.g. Calculating percentage of overlap between two different layers, however, I'd like to avoid having to reproject all layers. Is there a tool in QGIS to do this?

In QGIS, to avoid having to reproject all layers with EPSG:4326 for determining areas, you can use a PyQGIS script with QgsDistanceArea objects. Next script was generalized for two layers with several features but, in my example (see next image), there is only one feature each. It calculates overlap percentage related to overall area of all features in both layers.

After running above script for next situation (observe that coordinates status bar are in degrees): 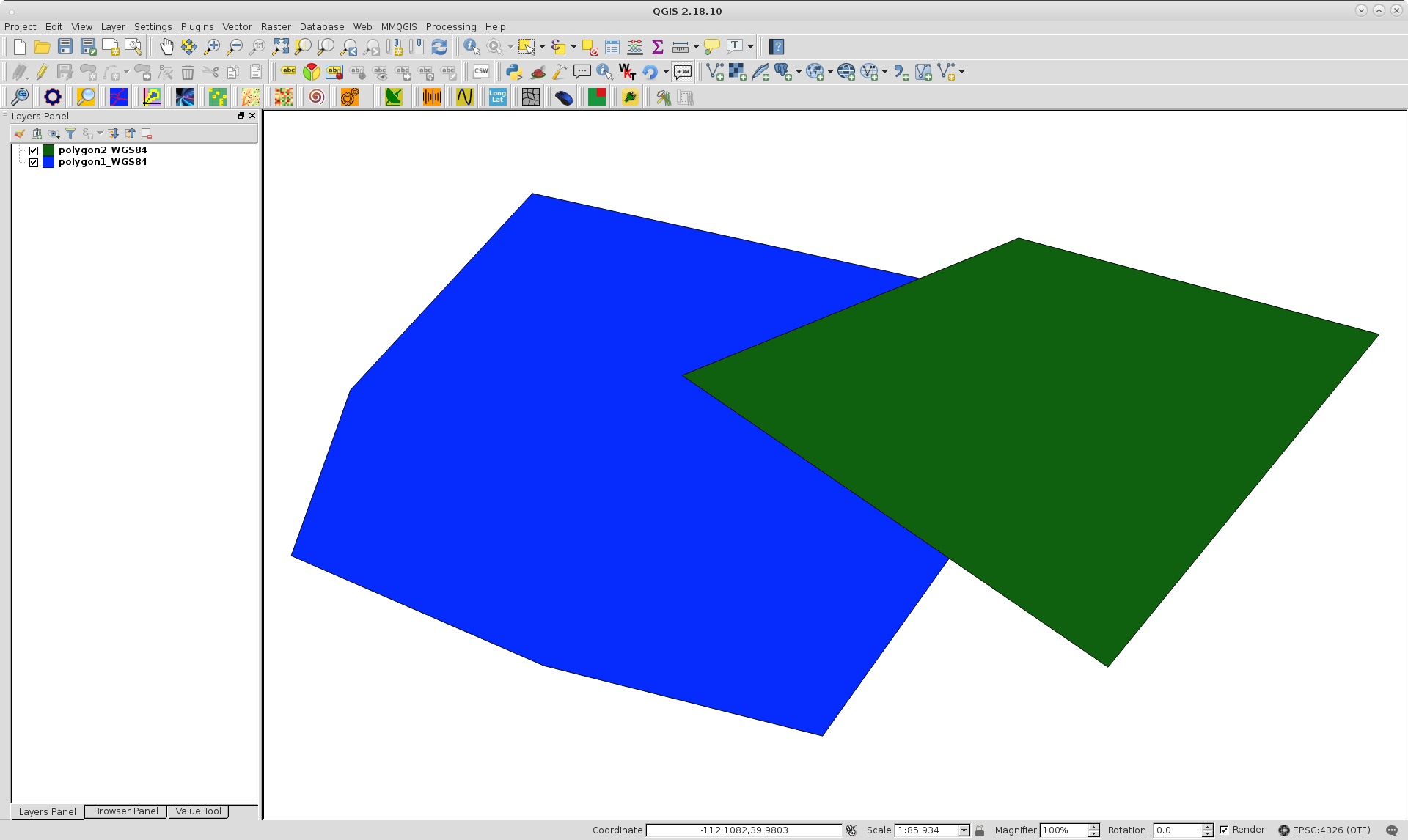 it was printed a overlapping percentage of 10.04% for this case. 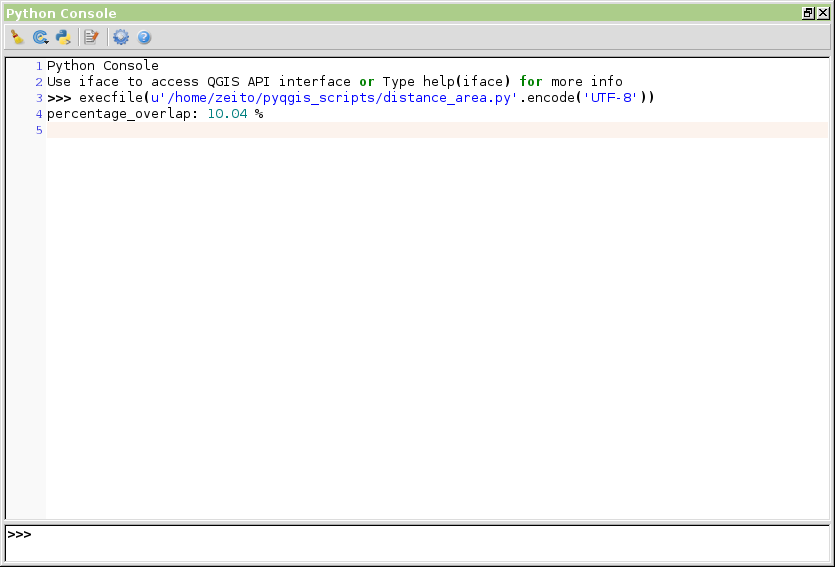 To corroborate that these areas are meaningful, it was printed areas1, areas2 and overall_area separately. These next values are in meters.

An additional corroboration includes world_borders shapefile. A country with only one feature is Albania; whose area is 28748 km2. 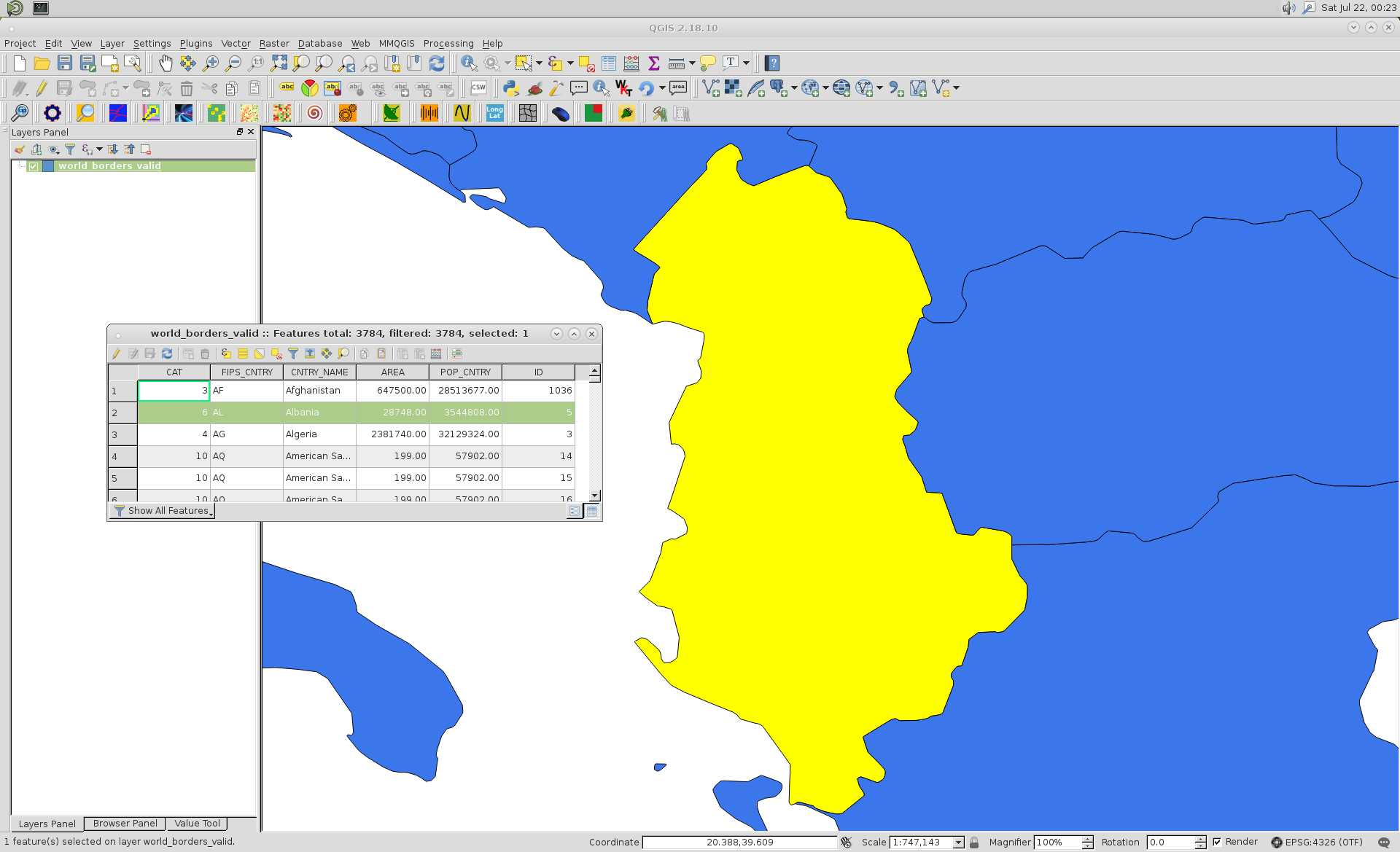 Not the answer you're looking for? Browse other questions tagged qgis pyqgis area wgs84 overlapping-features or ask your own question.