Stitching lines / endpoints with postgres within a certain radius

I have lines from an OpenStreetMap database, which I selected like this:

This gives me the result below - lines where I have a bunch of lines, but the highway departures are discarded (lines below 150m, I don't need them). Now what I wanted to do is to "stitch" these lines (by their ref). Meaning I want to either modify their endpoints or insert a line between and use ST_LineMerge. 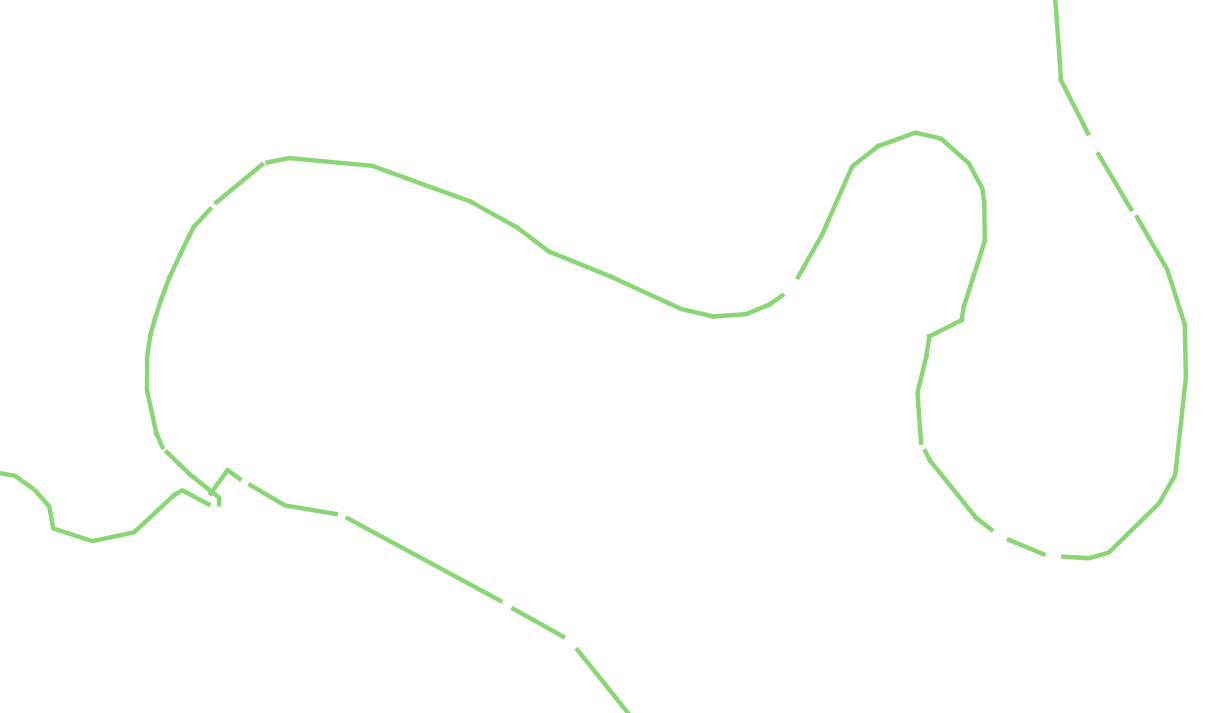 How can I do this using PostGIS? Something like ST_Merge_Endpoints(ST_DWithin(geometry[i], geometry[i + 1], 150.0))

If you care about the network properties, then you'll need to use a routing solution. For example, rather than dropping the highway departure segments, you could iterate over all edges below a certain length, and drop the edge if pgrouting gives you an alternative route from the start node to the end node of the edge, within a certain tolerance. This is likely to be very slow.

If you don't care about the network properties, a geometric solution will be faster. Note that this may introduce network analysis problems, for example through creating new nodes where a road crosses over another road with no access between the two. Try the following query to connect your isolated line segments:

The first and second WITH queries return the counts of streets that intersect a line's endpoint and startpoint respectively. The third WITH query inverts this to return the geometries of the deadend points (i.e. streets that are not in the first or second queries).

The final query makes a line by joining up the deadend points within a certain radius. You'll have to adapt this to avoid multiple matches. The best thing to do is probably to take the first match within a search radius, but this will be the complicated part especially if you have sets of 3 points that you need to connect.

I think, the best way to do what you want is to use postgis_topology. You can apply this method: Use postgis topologies to clean up road networks

Not the answer you're looking for? Browse other questions tagged postgis openstreetmap cartography or ask your own question.

0
How to ensure that Tilemill interprets my postgis query as intended?
1
Postgres Performance with Radius Searches
1
Unable to load an OSM .bz2 file into a PostGIS database using osm2pgsql
1
Finding cities within radius usingPostGIS?
1
Why does a LINESTRING change in length after union with a shorter but completely-overlapping LINESTRING?
2
Disperse points with the same coordinates within a certain radius using PostGIS