I'm very new to QGIS. I want to make a shape seem seamless. As you can see on the following screenshot, there is a border on the waterarea depicted. I'd like to make this one disappear. I tried the technique explained here but it doesn't seem to work with my simple case :S 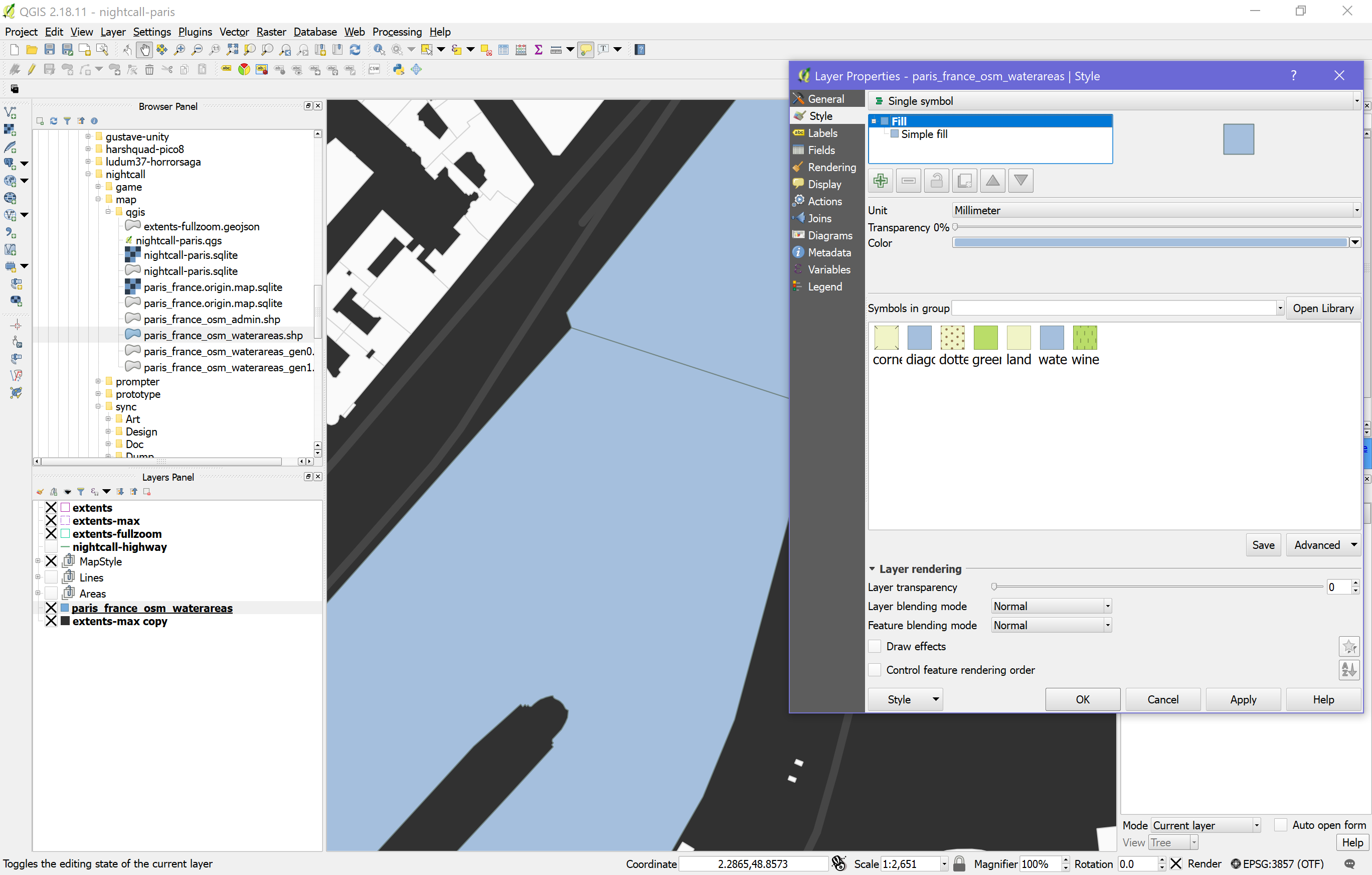 Draw the outline using the same color as the fill color. Doing so will prevent gaps that can appear between the polygons.

Changing the outline colour is useful technique for previewing, but if you want to apply certain effects (like drop shadow, shapeburst fill) the results are applied separately to each polygon, which won't look too good. Also, on some older versions of QGIS, you can still see hairline gaps.

Your best bet is to use Dissolve on your waterways layer. This will merge adjacent polygons together to a new "dissolved" layer. 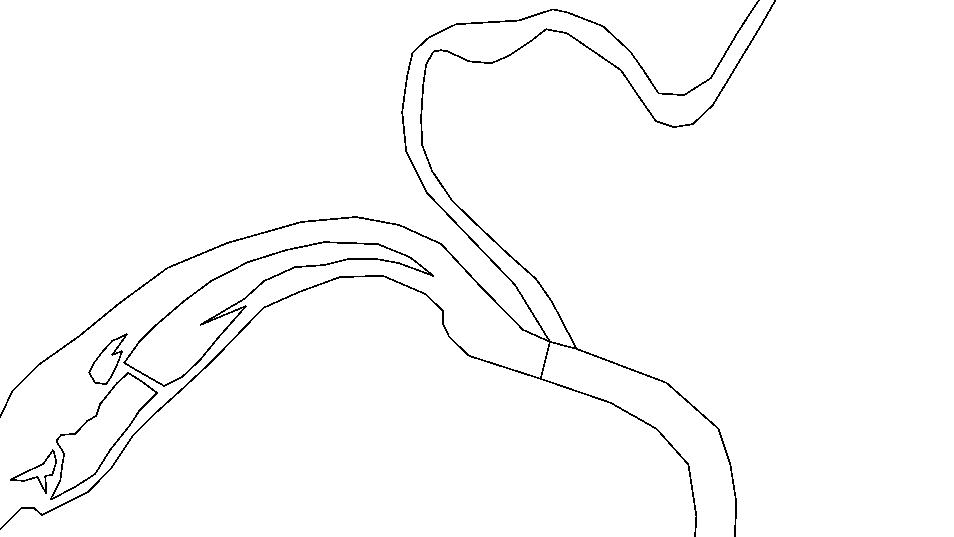 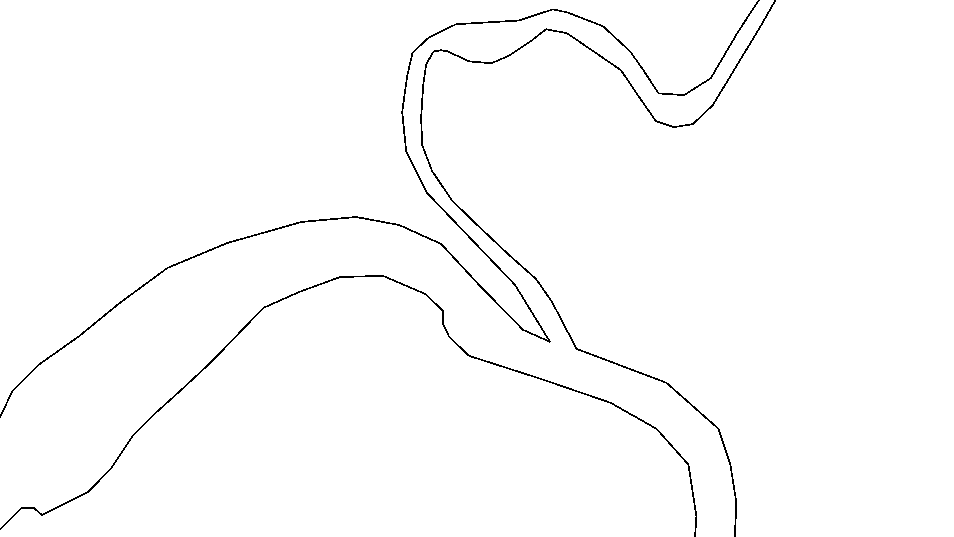 You might spot the flaw with this.. the islands have vanished. If you don't have any islands, you can probably stop here.

In OSM, river islands are sometimes overlaid on top of the river, sometimes they might be holes (interior rings) punched out of the waterway. It depends on who mapped it, and which editor they used. For rendering the OSM tiles, it doesn't matter. But for GIS, that's not enough :-) If you use QuickOSM to download waterways, it'll sometimes include these. 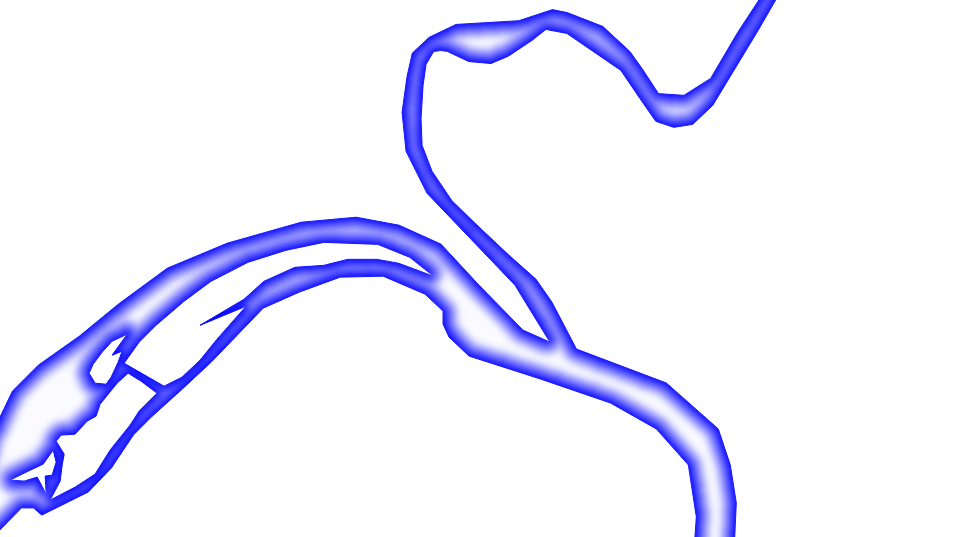 You might not want shapeburst fill of course, but doing this will give you more styling options.

On your example, just click on "simple fill" then in the options, choose "No pen" in the "Outline style" option.

You just need to be aware it doesn't merge your entities, it just makes the border disappear. 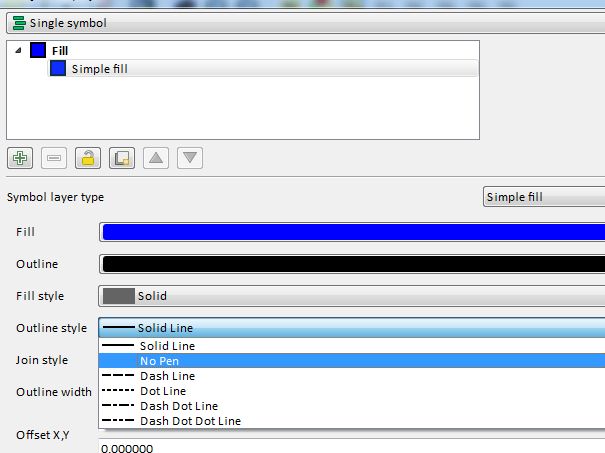 Not the answer you're looking for? Browse other questions tagged qgis style borders or ask your own question.

1
OpenLayers - draw feature with style, lost after map redraw
3
How to make corners of openlayers with OSM map rounded?
0
How to remove small areas without reducing borders
0
How to change the style of a vector layer on a button click
1
Hide only certain borders in QGIS?
1
Extract border polygon from a geometry
2
Editing border shape using QGIS?
3
QGIS 3.4.5 tracing tool misses vertices
3
QGIS expression for setting label visibility by scale