I've been playing with arcHydro and related processes a bit and have run into an obstacle. I have been creating stream networks from the flow accumulation, direction, and stream order functions. When converted from raster to polygon each segment of the streams is a unique feature within the output feature class. I would like it so that if there is no change in order from one segment to the next, that it is the same feature. Easy enough, dissolve.

The issue now is that where two streams of the same order come together to form a stream of a greater order, the two smaller order streams dissolve into 'one' stream as they share a vertex (their shared outlet which is the inlet of the greater order stream subsequent). Difficult to describe without visuals but I'm hoping this was clear. 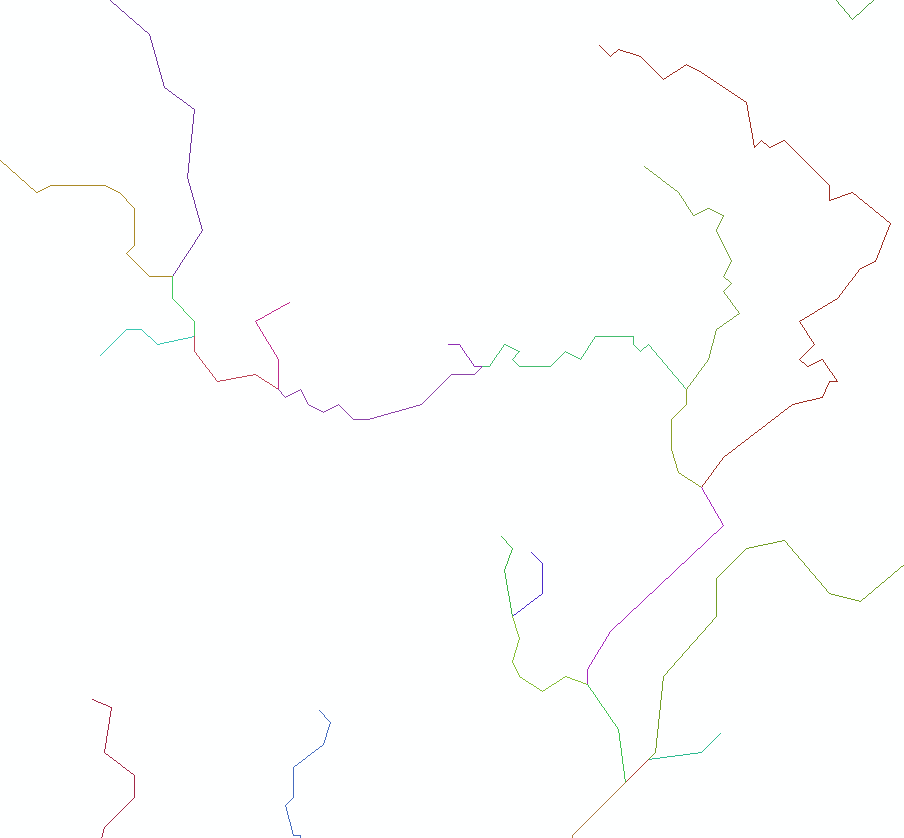 The first image is the layer as it converts from raster; with each line segment being it's own feature. 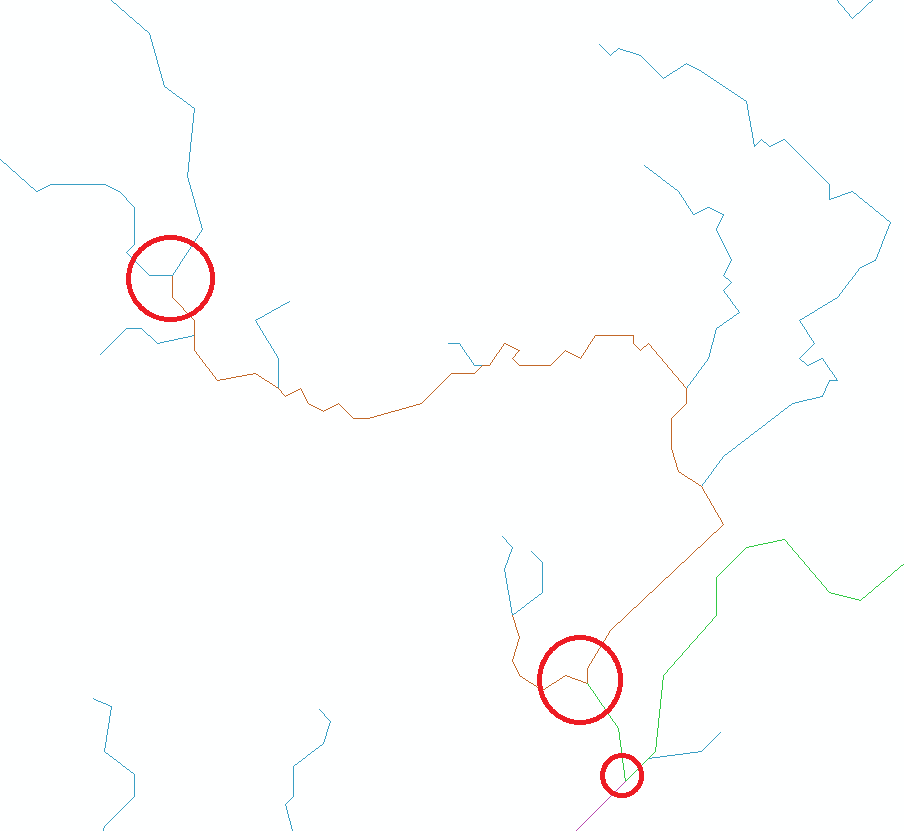 The second image is following a dissolve. The 'conflict' areas are those circled in red, where a common vertice has caused two streams of the same order to dissolve together when in fact they only share an outlet. For my purposes, I don't want this to be the case. Hoping the visuals help clarify.

I have come up with an approach:

Hoping the brief description is clear.

Not the answer you're looking for? Browse other questions tagged arcgis-desktop arcmap vertices arc-hydro stream-order or ask your own question.

7
Unsplit/Dissolve multiple touching lines in Stream Network using ArcGIS Desktop?
1
Count number of stream segments in a particular stream order: Bifurcation ratio
3
Merging lines (that might cross) at common endpoints without multi-part features in the result
2
Dissolving Features from different Layers
4
How is "Burn Stream Slope" in ArcHydro working?
2
Flow Direction created from depressionless DEM inaccurate in flat areas
1
How do you create upstream buffers at a specific distance from another polygon?