Using FME 2017.0.1.1 (Build 17291) is there any way to constrain the extent of created Voronoi polygons to polygonal features of another layer? Instead of clipping the Voronoi polygons after creating them.

If clipped afterwards, some of the data from points within the green polygons may overlap with the red area. If the red area had its own points (and Voronoi polygons) some of that area would be lost to points in the green. 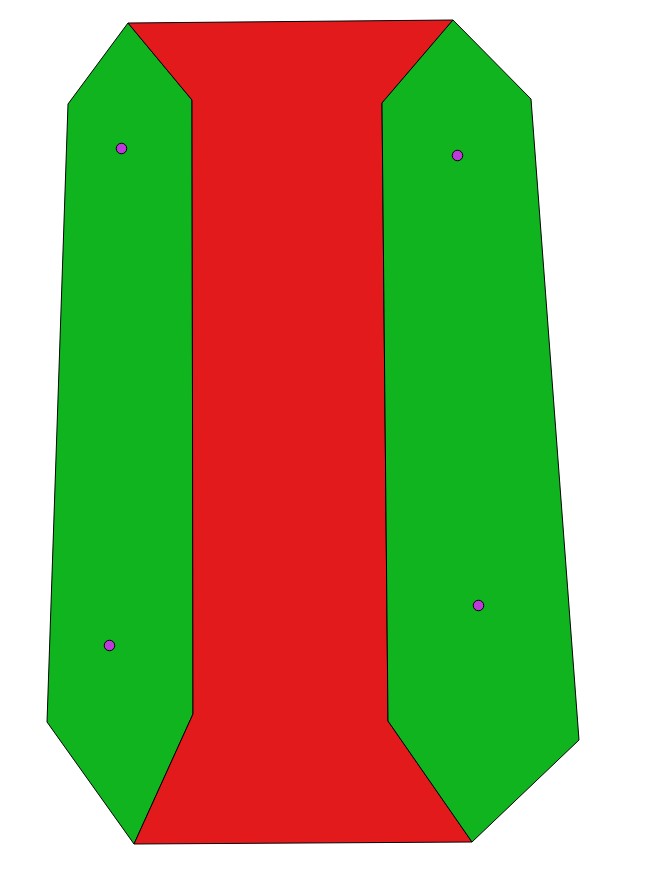 ~~This is a section of my previous workbench that created the background Voronoi diagram. As you can see, it is clipped at the end, which is fine as I only wanted that layer to be clipped to an outer boundary. Now I would like this next layer to be constrained by many features.~~

UPDATE: After using a PK from the polygons (Layer B) as a foreign key on the points (Layer A) and using the "Group By" parameter on the VoronoiDiagrammer, I get this error message in the Translation Log.

Many of my 'Layer B' polygons only contain 2 points from 'Layer A'.

If I clone all the points, can I randomly offset the clones before the VoronoiDiagrammer?

Surface Model cannot be constructed. Either all points are linear or initial set of points did not consist of 3 non NAN elevations

If all clones were offset using the same shift in coordinates.

To get the workbench to run all the way through, I have to set the offset to a minute 1mm from the original x,y ensuring that all 3 created points fall within the polygon of 'Layer A'. The last problem is that if a polygon from 'Layer A' only contains one original point form 'Layer B', the Voronoi process only outputs the tiny triangles and does not fill to the extent of the polygon in 'Layer A'.

Browse other questions tagged fme voronoi-thiessen or ask your own question.