I was able to run the below script from @EmilBrundage.

However, the raster to be calculated were not paired correctly.

I am trying to loop files from 2 folders and perform raster calculation afterwards. The sequence of calculation must be:

But then the script calculates like the image below. 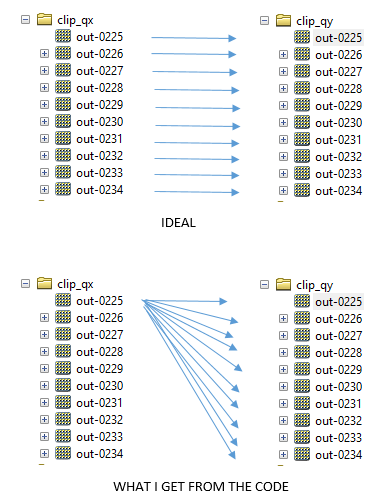 The script used is the ff:

you write r1 at the end of the bracket.

I think this should be just r.

Not the answer you're looking for? Browse other questions tagged arcgis-desktop arcpy loop iteration or ask your own question.