How to calculate the angle at which two lines intersect in PostGIS?

I want to calculate the angle between two lines where they intersect in PostGIS.

The starting point for angle calculations in PostGIS seems to be ST_Azimuth - but that takes points as input. My first thought was to take the endpoints of the intersecting lines and performing an Azimuth calculation on those. That is not good enough, because most of the line features are not straight, and I am interested in the angle at intersection. So what I came up with is a nested operation that goes through the following steps:

The full SQL is kind of long to post here, but I gisted it here if you're interested. (By the way, is there a better way than to carry over all the fields going down the WITH statements?) 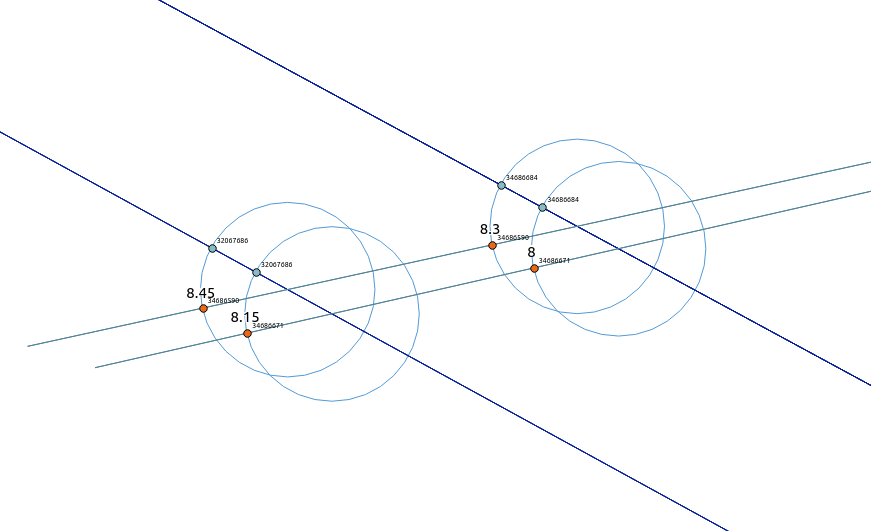 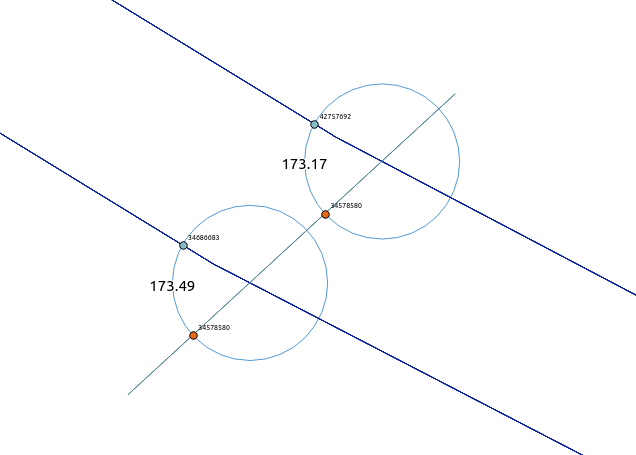 EDIT I redid the calculations in EPSG:3785 and the results are a little different but still not right: 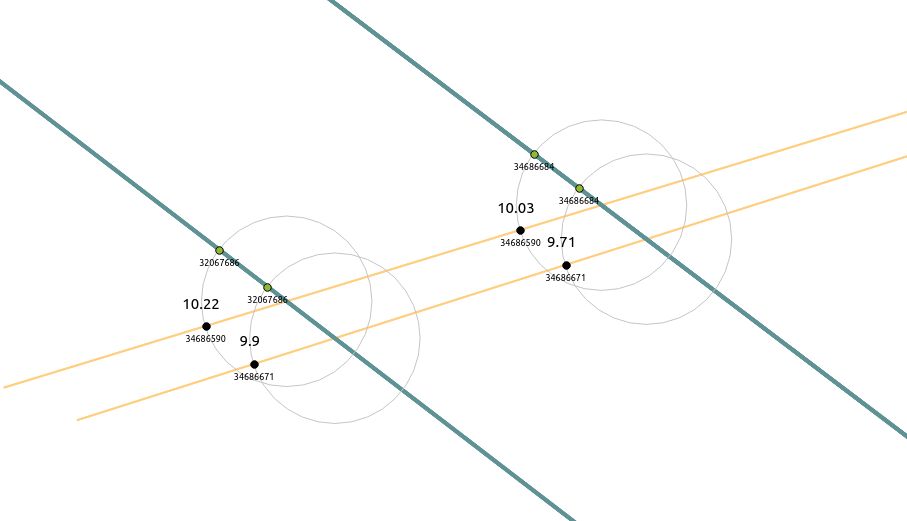 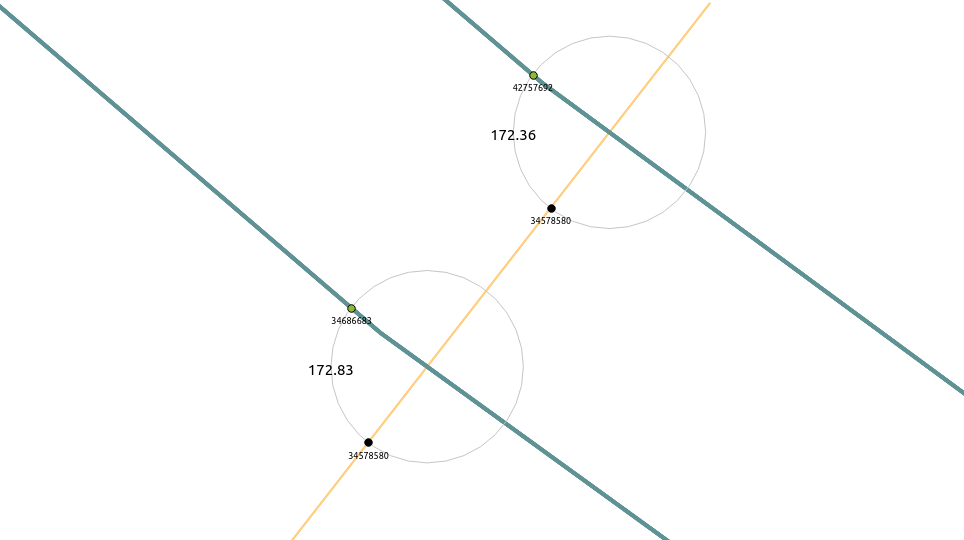 My question is where the flaws are in this process. Am I misunderstanding what ST_Azimuth does? Is there a CRS issue? Something else altogether? Or maybe there's a much, much simpler way to do this?

I had the epiphany. It is rather mundane. I was leaving out one essential piece of information for PostGIS to calculate the right angle.

I updated the full SQL, but here's the salient bit:

I recently had to calculate the same thing, but decided on a simpler and likely faster approach.

To find the extra points for the azimuth calculation, I just check a permyriad of the length behind the intersection (or after in the rare case that it happens on the very start of the line) using ST_Line_Locate_Point and ST_Line_Interpolate_Point:

The permyriad was arbitrary and for more consistent results it would be better to use an absolute offset. To for example check 20m beforehand, you'd change 0.0001 to 20/ST_Length(line1) and 20/ST_Length(line2) respectively.

@mvexel's answer is very helpful. However, that method does not preserve the line's direction. My approach is

Third, get the end point of each line, which preserve the direction of linestring.

Not the answer you're looking for? Browse other questions tagged postgis geometry or ask your own question.

3
How do I find the intersection of two polylines in PostGIS?
8
How to replicate ArcGIS Intersect in PostGIS
1
Calculating Azimuth between two points in PostGIS?
1
What is the best way to get two points along the line in both directions using postgis?
2
Does PostGIS Catch Self-Intersections Involving the Start / End points to a Line or Area?
2
Intersection between an angle and a polygon (postgreSQL + postGIS or Python2.7 + shapely + psycopg2)
2
Azimuth calculation from One to Many Points in PostGIS
3
Calculate all points in network that are x distance from a starting point in PostGIS with pgrouting