Ask Question
Asked 5 years, 1 month ago
Modified 4 days ago
Viewed 2k times
15
This question's answers are a community effort. Edit existing answers to improve this post. It is not currently accepting new answers or interactions.

In the July 2017 edition of Swiss Review, a publication for Swiss living abroad, the cover feature was on Swiss Cartography. 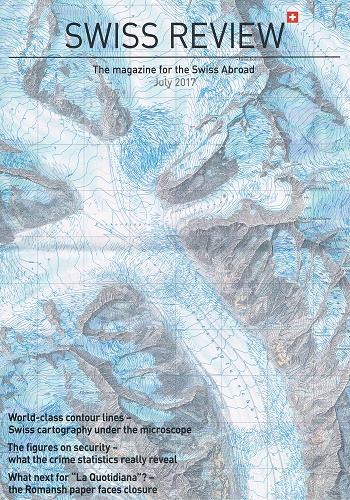 With my interest in GIS this obviously sent me straight to the article.

One of the sections looks at how the usual Swiss, somewhat humourless approach to attention to detail and precision, has lead to some "skilfully crafted jokes" being introduced into the official published maps. 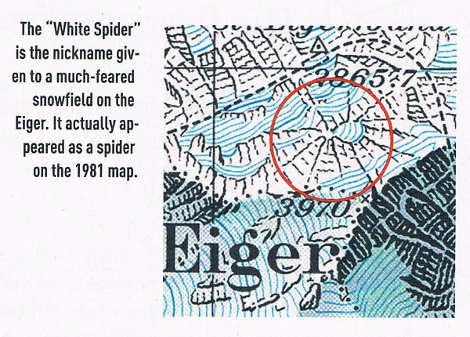 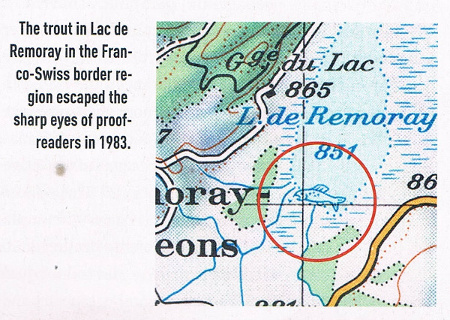 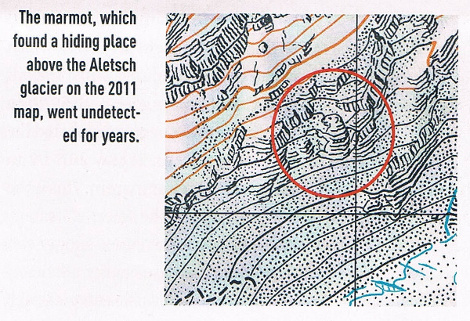 I am putting together a training presentation for QGIS and these sorts of jokes make for nice light-hearted, ice-breaker content that helps the flow of what can be a technical presentation.

Does anyone have examples of cartographic jokes that they have come across, or even better, introduced themselves into official, and not-so official published maps that can help liven up a QGIS presentation?

On map 254 again and north-west of the town of Interlaken, a face is drawn on the rock face. Like the spider, it can actually be seen horizontally on the ground. This spot attracts many curiosity-seekers (see how it looks like on the field). Its name reflects that of the summit, a bit higher on the “Harderkulm” map. Its author is cartographer Friedrich Siegfried, who specialises in relief representation. 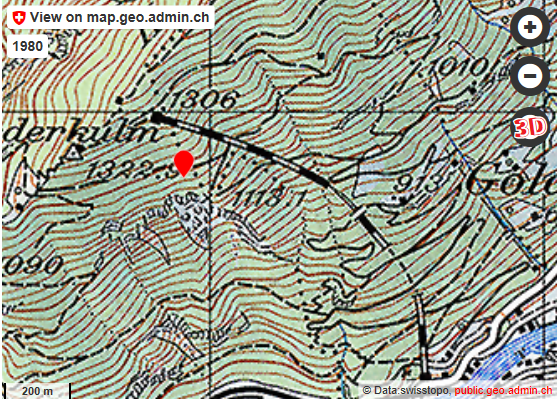 At the end of the 1990s, he also drew a climber ascending an Italian slope. According to the way they are divided up, Swiss maps sometimes cover the territory of neighbouring countries. His presence is apparently owed to a lack of information and data from the Italian geographical services, which the cartographer covered in an artistic manner. Interestingly, this climber still appears in the current edition of the 1:100 000 scale map. 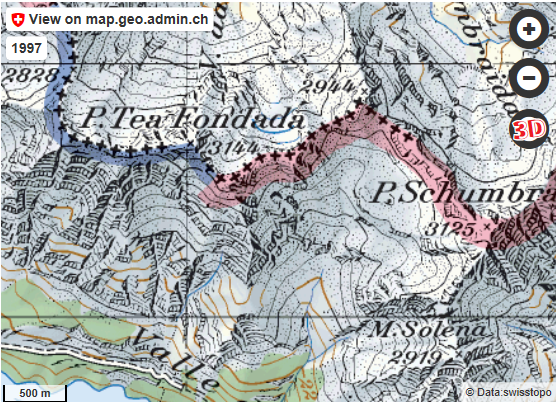 Credit for providing the link: @Luke

Easter eggs / copyright traps
There are loads of hidden details in maps but not necessarily as jokes, but often traps against plagiarism. For instance, many Bartholemew maps in the UK have tiny cul-de-sacs added where they don't exist in real life.

The Ordnance survey is rumoured to introduce specific values to attributes or features and so on.

It has also been heard that cartographers add details or change attributes, not as jokes, but through boredom or personal vanity. Credit: @MappaGnosis

From comment by @Michael Stimson
In one instance a co-worker signed his name in the seaside rocks.

Another a house of worship whose denomination couldn't be verified was classified as 'Galivanting Kalithumpians', verification arrived after publishing so the 1st edition had such labelled on the map.

There was a map series published (10k I think) with a drawing of a lady on the front cover... the lady's bust line increased with every edition until it was quite unrealistic, when the practice was discovered and halted.
Credit: @Michael Stimson

Your World Map is Hiding Something Not really jokes but I found this website quite fun: http://metrocosm.com/mercator/
The interactive graphic at the bottom of the page is a great training tool to demonstrate the concept of projection. Credit: @Joseph

Unusual place names
Although not strictly 'Cartographic Jokes', probably more inhabitants sense of humour, here are some maps of unusual place names that can be quite engaging and entertaining. Credit: @jbalk 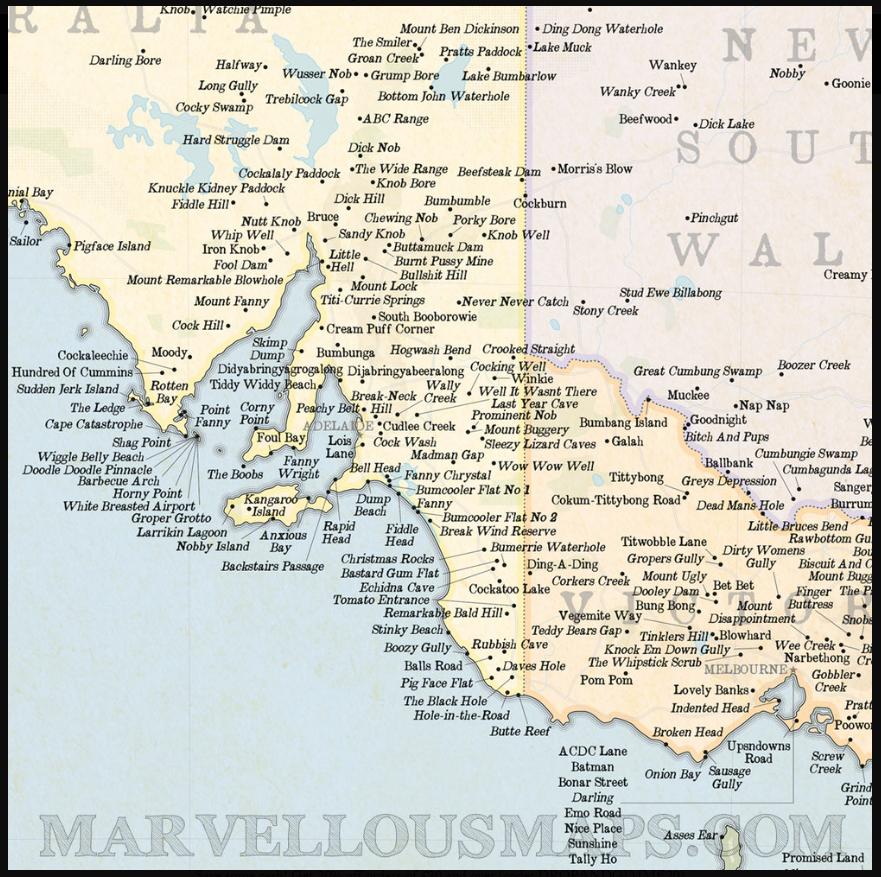 From https://marvellousmaps.com/shop/stgs-marvellous-map-of-actual-australian-place-names (Scroll through on the website to see more screenshots) 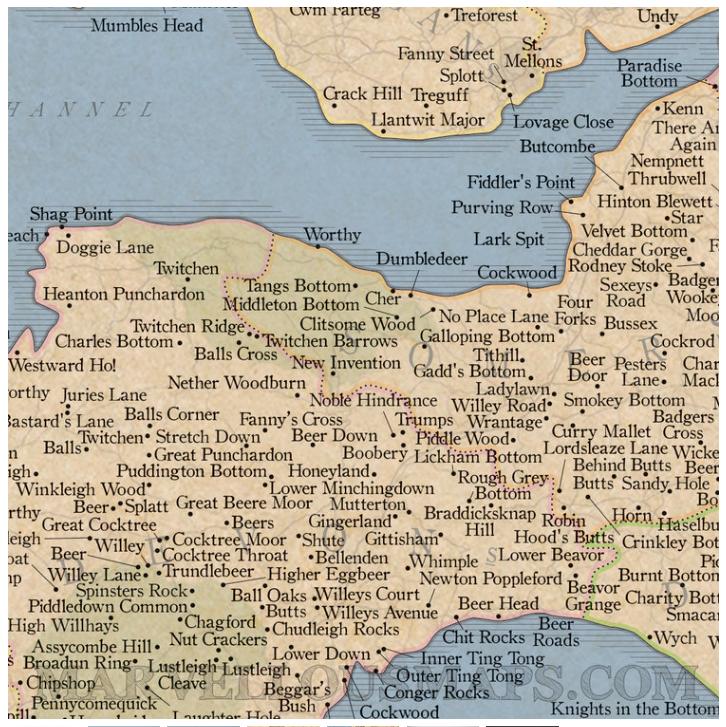 From https://marvellousmaps.com/shop/oldschoolclassic
(Scroll through on the website to see more screenshots) 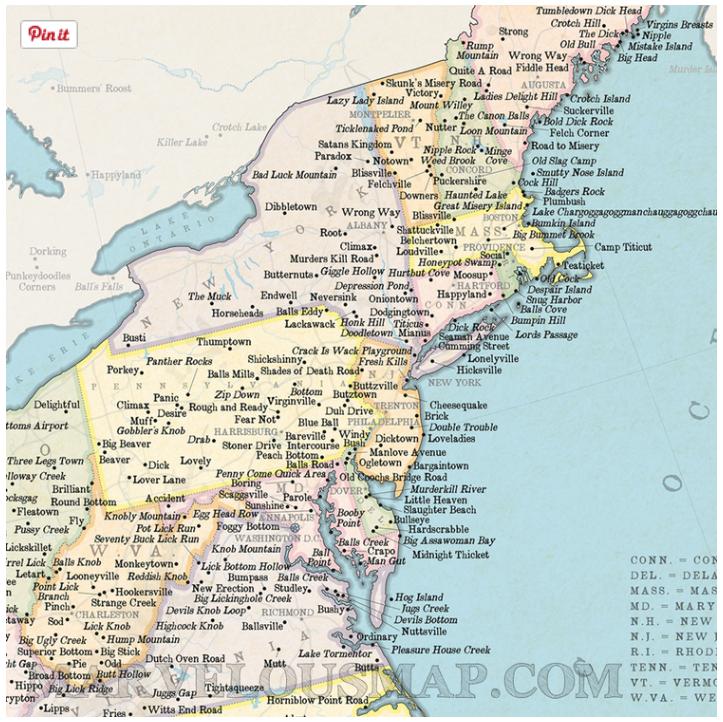 https://marvellousmaps.com/shop/stgs-marvelous-map-of-genuine-american-place-names
(Scroll through on the website to see more screenshots) 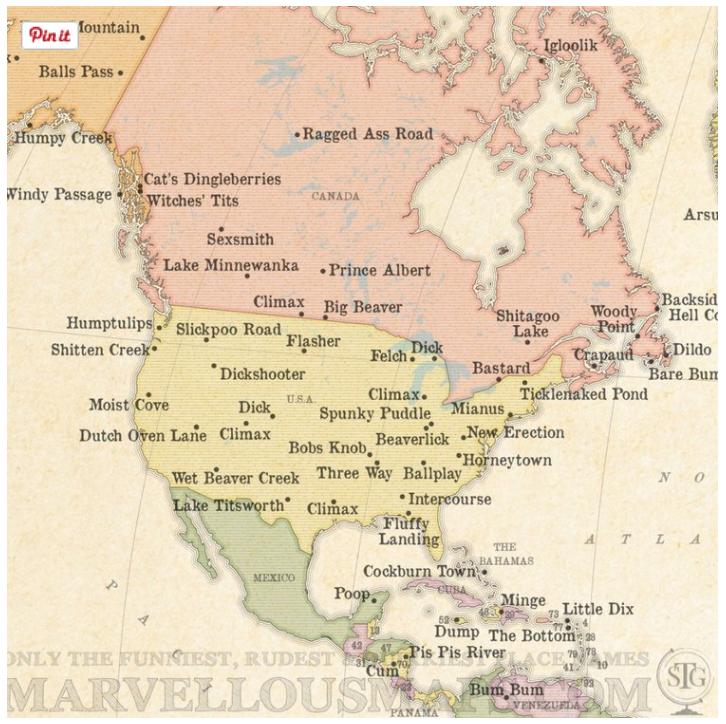 https://marvellousmaps.com/shop/rudeworldmap
(Scroll through on the website to see more screenshots)

What your favorite map projection says about you