I'm having some problems trying to delineate watersheds using the SAGA watershed delineation tools in QGIS. I have a SRTM DEM (cell size 30 m) which I set the water cells to NULL values, following this recommendation and because I was getting weird watersheds in the big lake and in the ocean. This is my DEM: 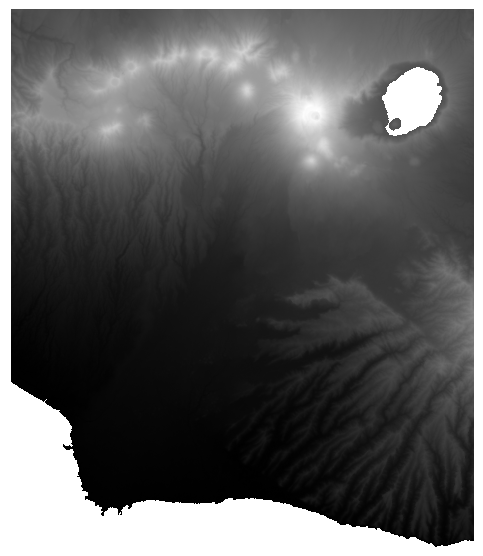 I used the Channel Network tool to delineate the drainage network, using a Catchment area calculated using the D8 method, with a Filled DEM calculated with the Wang & Liu method.

When I try to delineate the watersheds, using the SAGA Watershed Basins tool, with the channel network calculated previously and a minimum size of 10,000, the watersheds don't reach the ocean but the rivers do, as it's shown in the following figure: 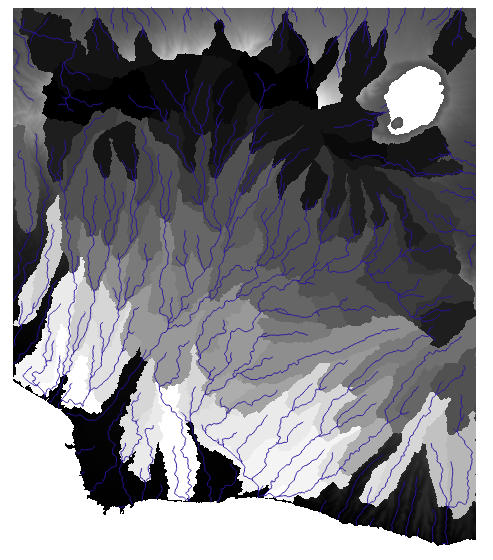 The result is similar, no matter the minimum size I use. I want to delineate a river basin with its subbasins. I'm using the SAGA GIS tools in QGIS 2.18.11. I know I can use the Upslope Area tool to delineate the basin (which I have done succesfully), but I don`t get the subbsins. Is there something I am doing wrong?

For some reason, the watersheds delineated with the Fill Sinks (Wang & Liu) tool are closer to what I would expect. This is the result: 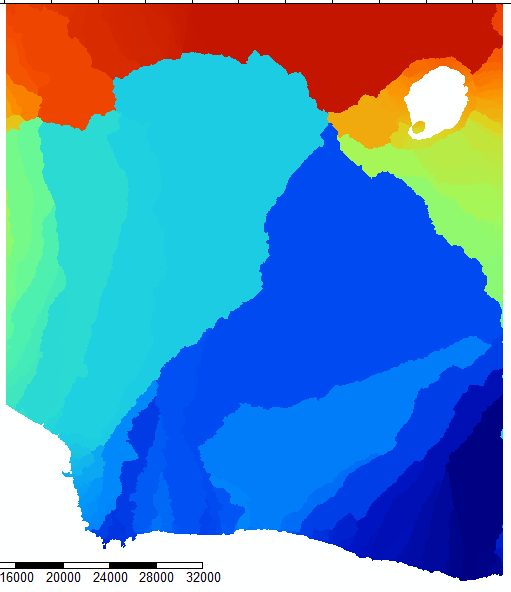 However, the only input for this tool is the DEM, there is no way to change the method for flow accumulation, the threshold for the channel network delineation, etc. The result is good but I have no idea how the tool works and I also need to create subbasins.

I have tried to delineate the subbasins using the watershed created with the Upslope area tool. I cut the filled DEM with the watershed and created a new Catchment Area. The problem is when I try to create the Channel network, I keep getting a message about that the extent of the grids is different. The extents are similar up to 6 decimal points. I used the resampling tool, as it's suggested in this question, with the same extent and cellsize and I keep getting the same error.

After trying with different parameters, I gave up using SAGA and I tried GRASS r.watershed tool in QGIS. I tried with Single Flow Direction and Multiple Flow Direction. I set a threshold of 10000. However, the result is similar. It seems it´s something related to the DEM I'm using, but I can´t confirm. Here is the result of r.watershed with MFD: 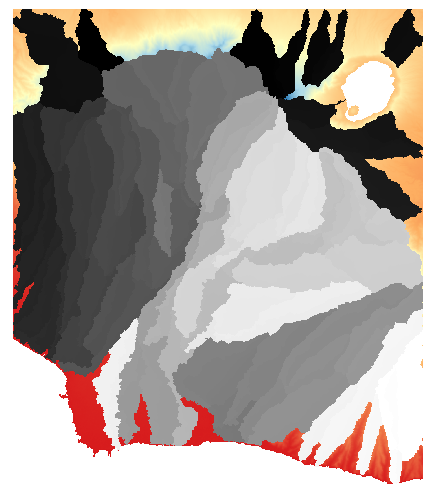 My DEM can be downloaded here if anyone wants to check it:

I found this question,with a similar problem. However there is no a clear answer. When I set min size parameter to a small value (e.g. 100) the watershed reach the ocean, but there are thousands of subbasins.

The closest I got to what I want was with the Channel Network and Drainage Basins tool, although there are still small details in the areas close to the coast. In this tool the input it's just a Filled DEM and the Stralehr order to begin a channel. It's based on the D8 method. I couldn't delineate subbasins.This is the result with a threshold of 5: 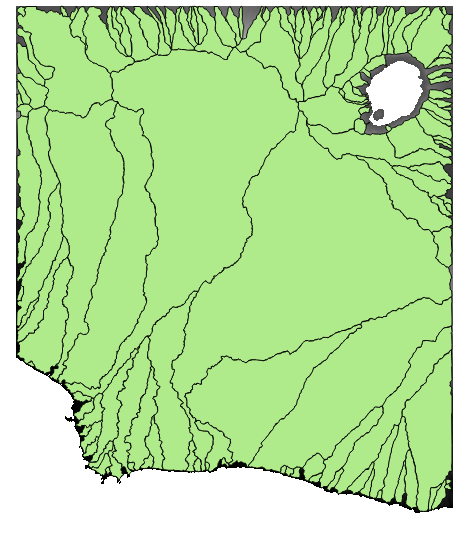 The watersheds delineated with the Fill Sinks (Wang & Liu) still seem more like the expected result, but couldn't find anything about how the method works.

I won't mark this answer as accepted, because I couldn't solve my problem completely.

Not the answer you're looking for? Browse other questions tagged qgis grass saga hydrology srtm or ask your own question.

5
How to display Flow Direction arrows + Burn Stream Netwok in QGIS?
2
How does “Minimum Size of Exterior Watershed Basin” work in r.watershed command in qgis 2.18.12?
1
Large Scale Watershed Delineation
0
Watersheds in SAGA Fill Sinks Wang & Liu tool
0
QGIS 3.4 Stream delineation problem, lines running too far into ocean
1
Why does running the SAGA Upslope Area tool in QGIS result in a 0 (zero) to 0 (zero) histogram and an all black layer?