I'm trying to use GrassGIS to extract the shadow from a DEM (elevation data).

The DEM I'm using shows Geneva (plus a part of the Alps mountains), and was captured by the SRTM. The elevation data was downloaded from the USGS website, and was already projected to the WGS84 coordinate system: 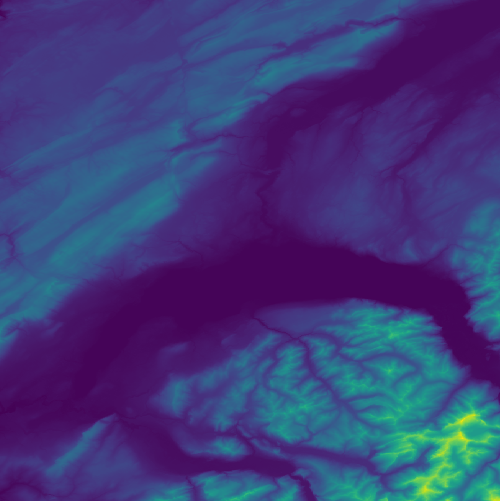 The command I've used in GrassGIS to calculate the shadow is r.sunmask, for which the date, time, and timezone has to be provided:

The problem is that the image produced with r.sunmask is completely empty. Is something wrong with the command above?

P.S: I've checked the answer suggested here, but I'm unable to make r.sun work since I can't find which parameter correspond to the output.

You need x, y and z units in meters. Or at least, consistent units. If your raster is in WGS84 and elevations are in meters, they're not consistent. This can give weird results for a lot of algorithms.

If the units aren't consistent, the mountains are thousands of times steeper than you think they are - nearly vertical - and almost everything is in shadow... that would explain things if your raster is mostly or all values of 1

I picked a small area in the Swiss Alps from SRTM and used warp to convert it to epsg:21781 (using Cubic interpolation to avoid 'artifacts').

Then used r.sunmask.datetime . This example was 23rd September but I chose 9am to give more obvious shadows.

In my case I used it via processing/QGIS, which insists on easting/northings. Those two parameters should be optional, so I manually chose a point near the centre, using the coordinate capture plugin. If you're using this from the GRASS command line you don't need to do that.

EDIT note that if doing this outside of qgis/processing, you'll need to remember to set the region using g.region 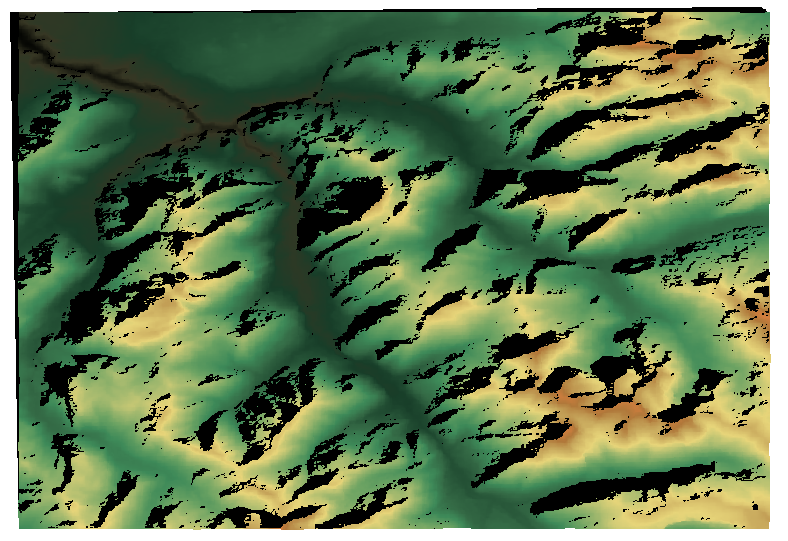 And with the same settings, but done as WGS84 - almost everything in shadow 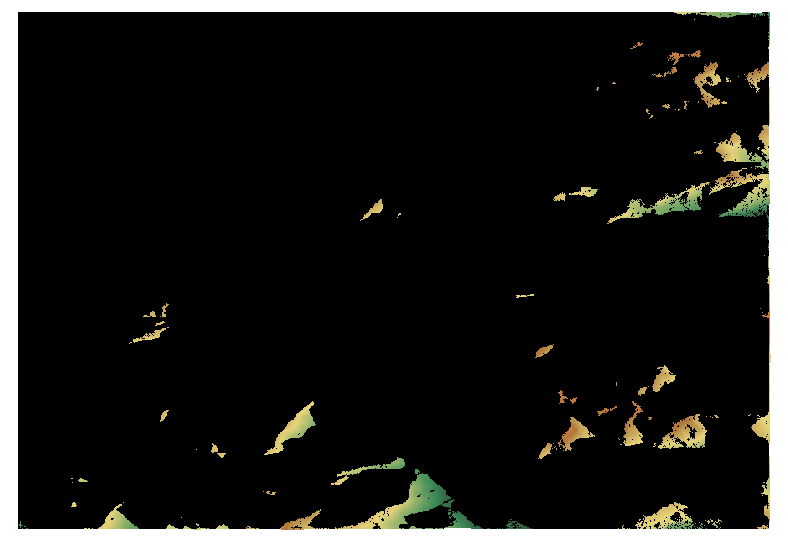 Please use r.sun and not r.sunmask for this. The underlying algorithm is even more precise.

The manual page of r.sun offers a dedicated section on "Extraction of shadow maps", explaining that a map of shadows can be extracted from the solar incidence angle map ("incidout" output parameter) in which areas with zero values are shadowed.

Maybe your method is correct but there is no shadow...

You are close to midday, so your sun elevation will be close to 40° (check with the "-g" option when you run r.sunmask ). This means that you need a slope of more than 40° in the direction of the sun in order to have a shadow. This is possible in mountain like the alps, but unlikely (especially with a 90m DEM, as it would mean about 75 m difference between two adjacent pixels).

Please check close to sunrise/sunset to verify that the application is working properly, because it seems to be OK at a first glance as long as your XYZ units are the same.

WARNING : for correct shadow location on a study area, you need to take into account the mountains that are outside of your study areaon the side of the sun.

Not the answer you're looking for? Browse other questions tagged grass dem shadow or ask your own question.

3
Command r.sunmask in GRASS
2
How to create shadows of buildings with r.sunmask?
1
Difference in the elevations for the same building on two DSMs saved in *.asc and *.laz formats
1
Error while trying to use GRASS GIS' r.reclass module