Merging one DEM into another to fill in missing data using QGIS?

I have a LiDAR dataset with some missing data right in the middle of my map. I would like to use a 5m DEM to fill in the missing areas.

Is there a way in QGIS to merge the two but only use the 5m data in the missing location?

I'm not aware of any way to do it from within QGIS but GDAL can do it from the commandline. The basic steps are:

In areas of overlap, the last image will be copied over earlier ones.

Here's the resulting hillshade (reduced in resolution for the web)

From left to right, the first and third squares are derived from 1m LIDAR data and the remaining portion of the image is from the NED radar data. Here's a close-up: 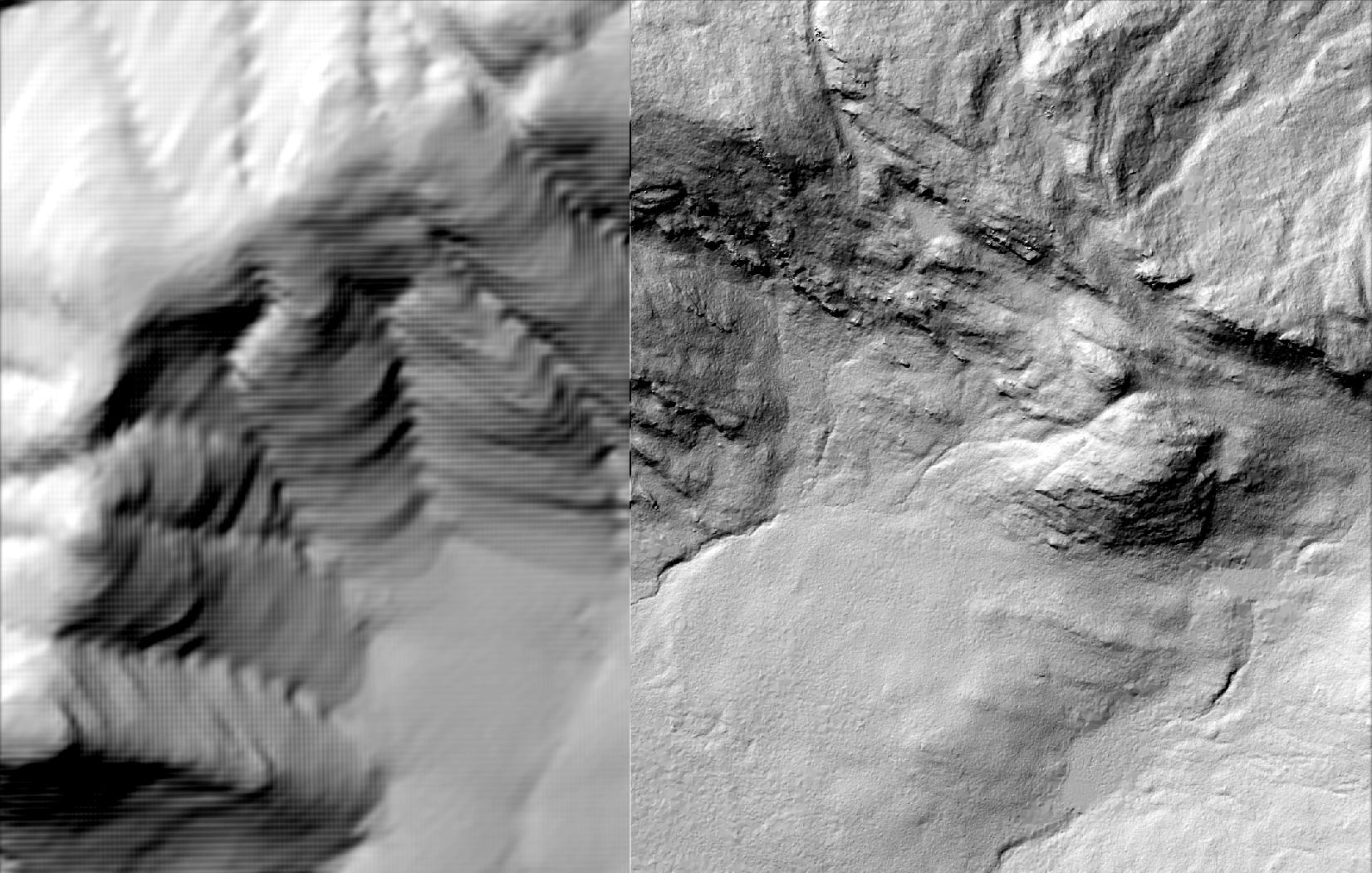 Importing Crows-1m/Crows.shp and Hillshade.tif into QGIS this gives the following (close-up shown): 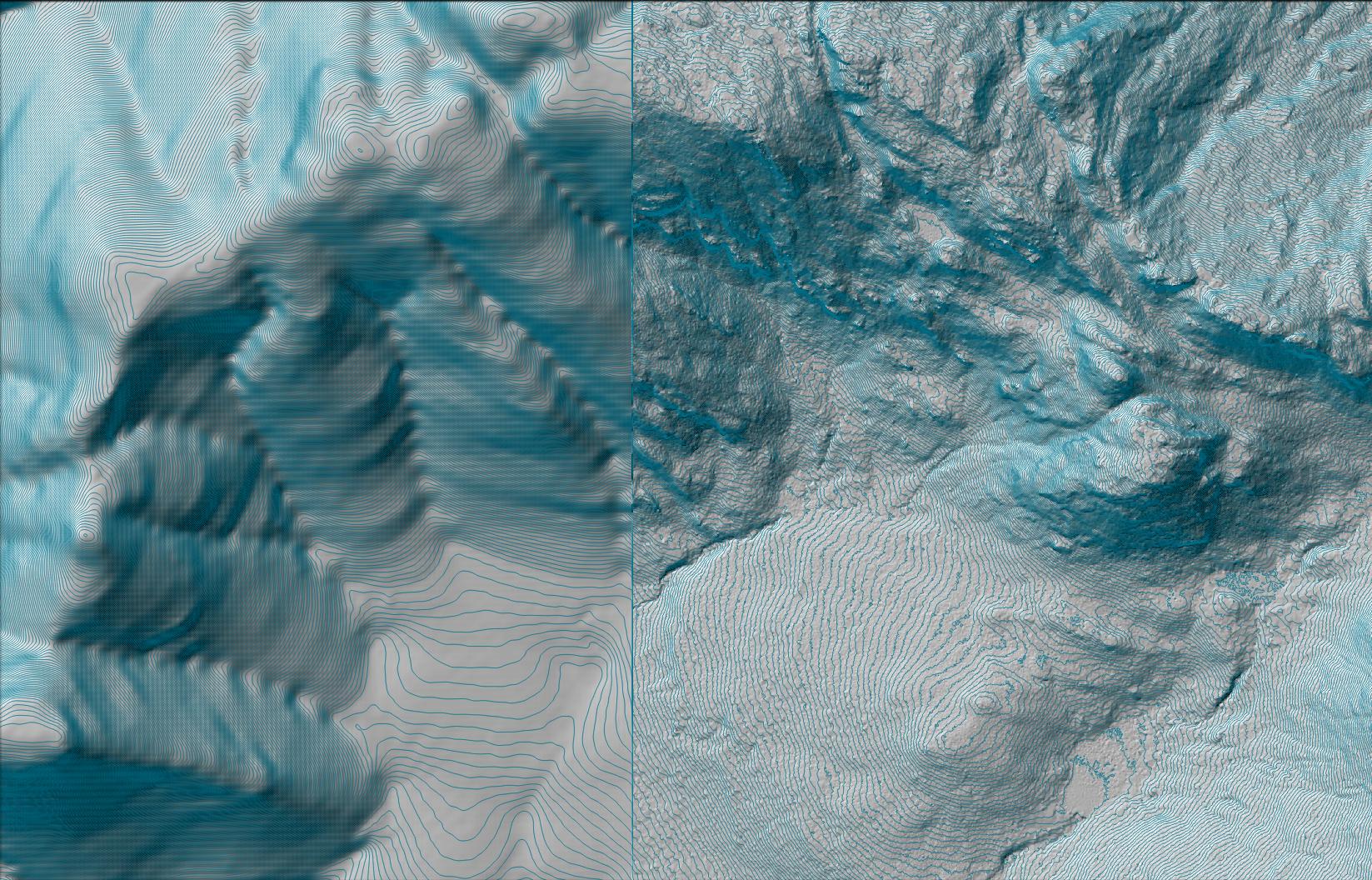 I'm not sure how to handle the visible lines at the high-res/low-res boundaries. When I've encountered this in the past the solution was to combine all of the input files into a single VRT file. In this case, however, using a VRT file makes no difference.

Things are a bit trickier if you want to work with VRT files instead of using gdal_merge.py to create a new physical file. gdalbuiltvrt is very fussy about the input files being the same resolution, projection, etc. You'll need to do something like this:

You can do this from within the QGIS GUI using Processing -> GRASS -> r.patch (https://grass.osgeo.org/grass70/manuals/r.patch.html), which will fill in areas of no data in an input raster using data from another raster.

This does not do any form of smoothing though, so you will still end up with blocky edges as per the answer from @Alex Hajnal above.

It is bit tricky in QGIS. But is very well established in ARCGIS. Go to toolbox-->data management--> Raster--> Raster dataset--> Mosaic to new raster. Be sure about the order in which two rasters displayed i tool and choose mosaic operator "First" or "Last" accordingly. You can use it for multiple rasters also, but be sure the order in which the layers are displayed in the tool box and arrange them as per the order in which it has to be looked at.

Not the answer you're looking for? Browse other questions tagged qgis raster dem merge missing-data or ask your own question.

7
How to fill holes/missing values in XYZ data / a DEM with QGIS?
2
Merging vector (building) elevations into DEM in QGIS?
2
Merging layers into one- QGIS
2
Using data from 30-meter DEM map to fill into missing pixels in 8-meter DEM map
2
Stream Feature generated from DEM is missing data
3
Merging DEM and DSM into single raster