Which coordinate system will prevent eastern Asia from splitting?

I would like to create a simple graphic for a publication showing all continents (without Antarctica) but I would like Alaska to stand alone and the very eastern tip of Asia to be attached to the main Asia. I like the way Sphere_Gall_Stereographic WKID: 53016 Authority: ESRI looks but like WGS84 GCS this CS like many others splits the tip of Asia from the main continent.

In some maps (also in some North American news shows on TV where I noticed this), Asia in fact appears as a single continent and Alaska stands alone. Although this may be technically incorrect, visually, I like the continuity.

I tried Robinson projection (both world and sphere) which is what is used in this World Map but whereas the linked map shows Asia continuous Robinson in ArcGIS splits it apart. I am confused.

Is this something I can Achieve in GIS by using a specific or modified coordinate system or do I just have to export the map to a vector graphic and attach these two pieces manually in post? 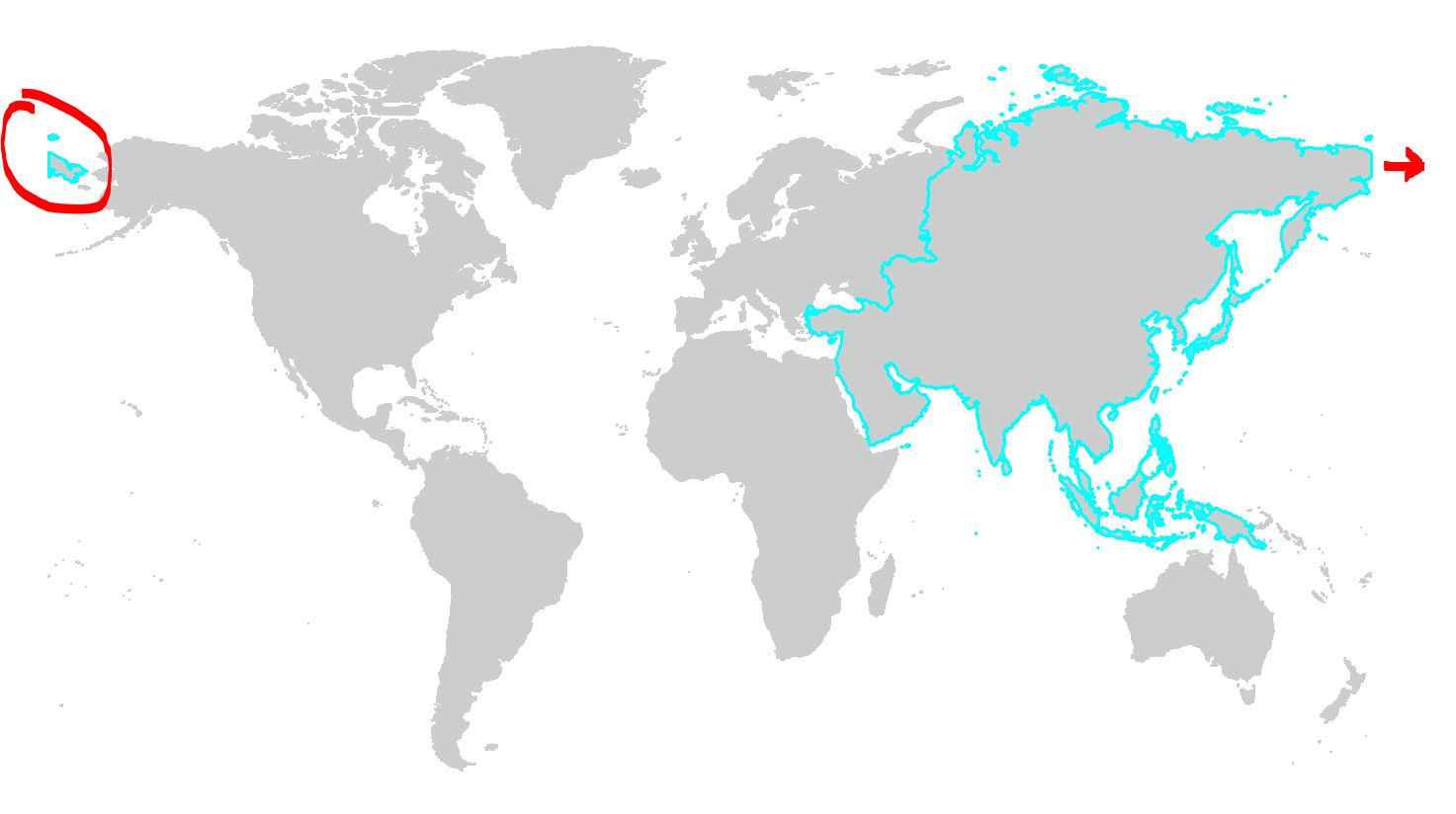 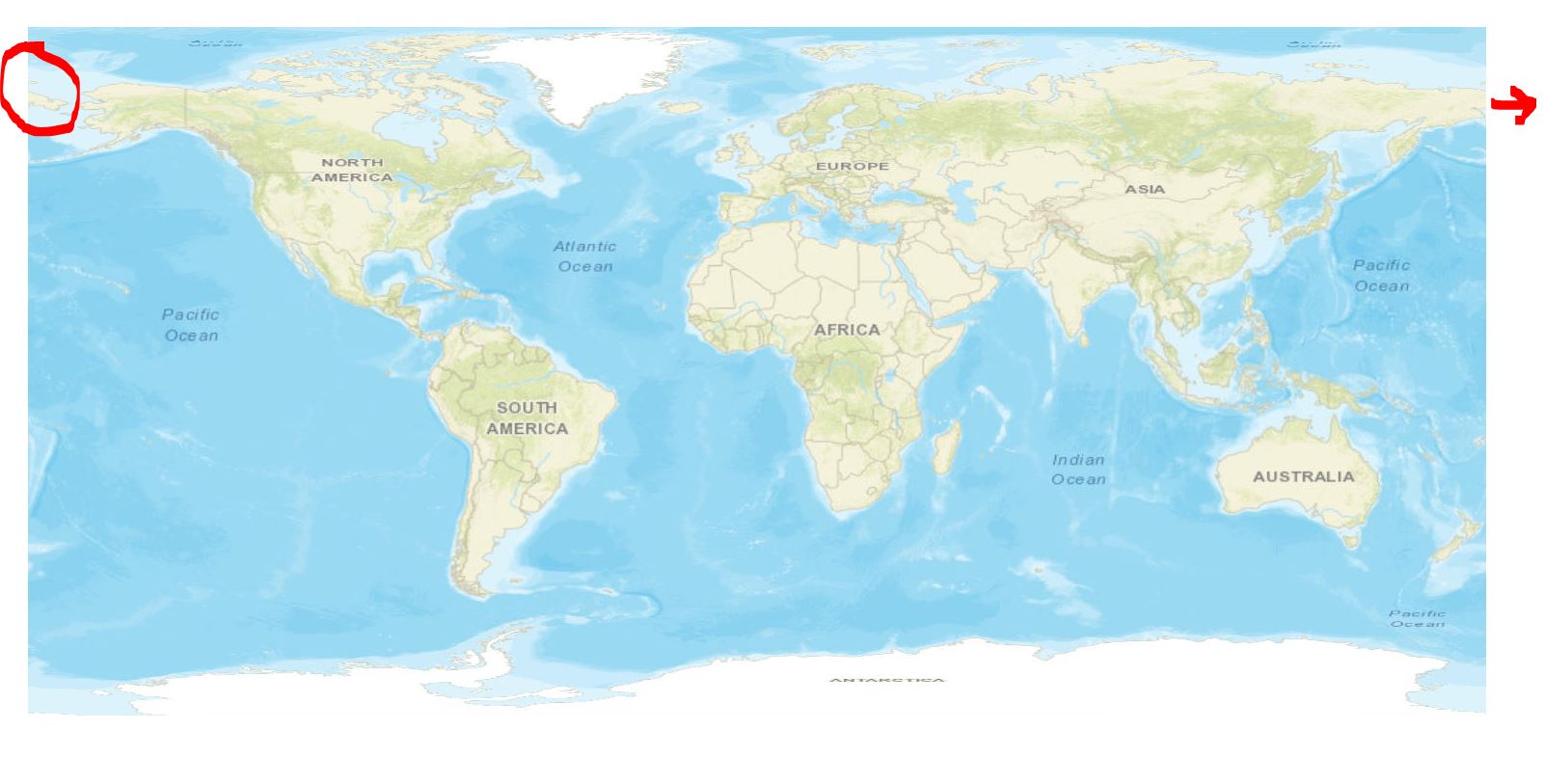 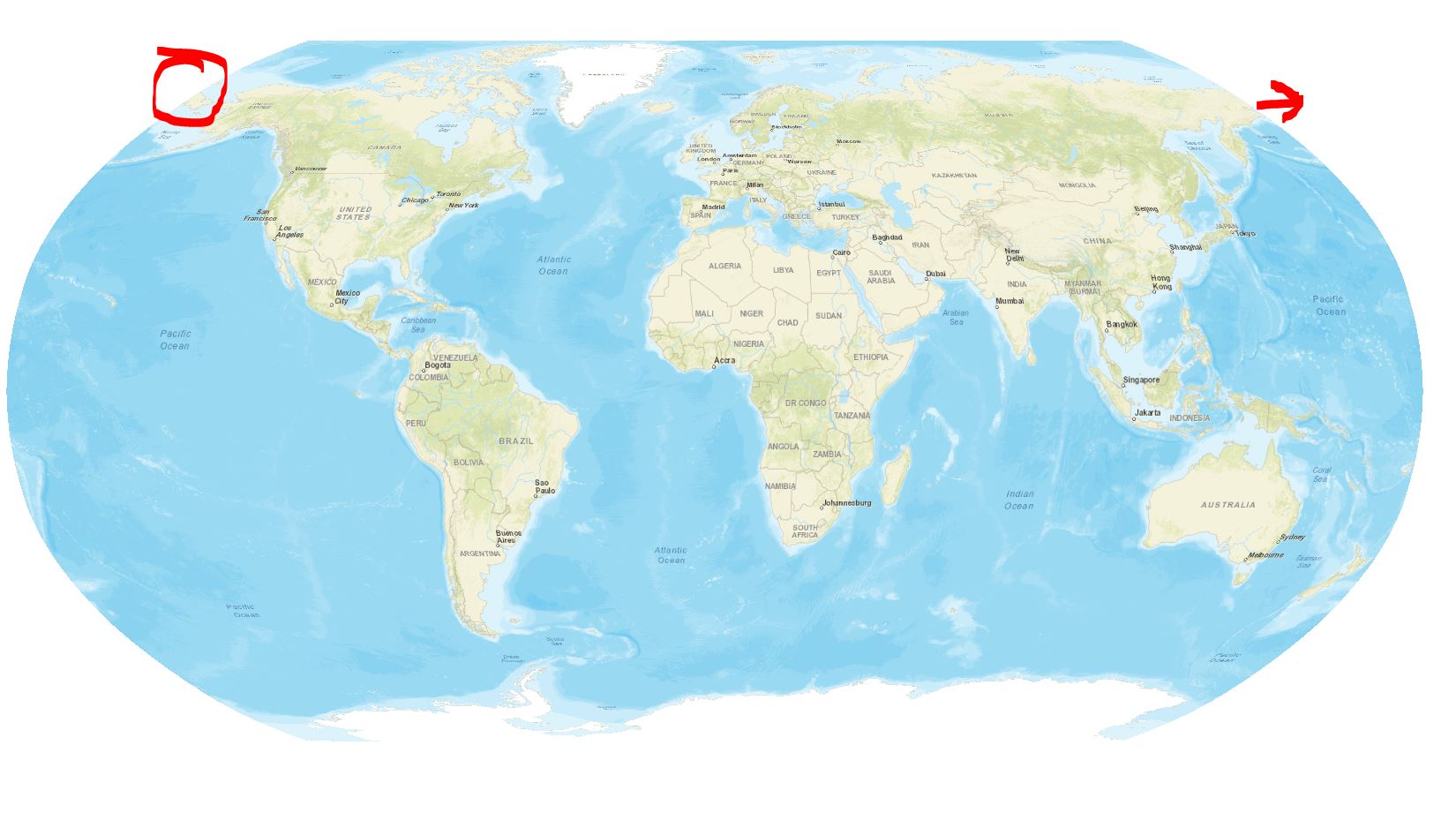 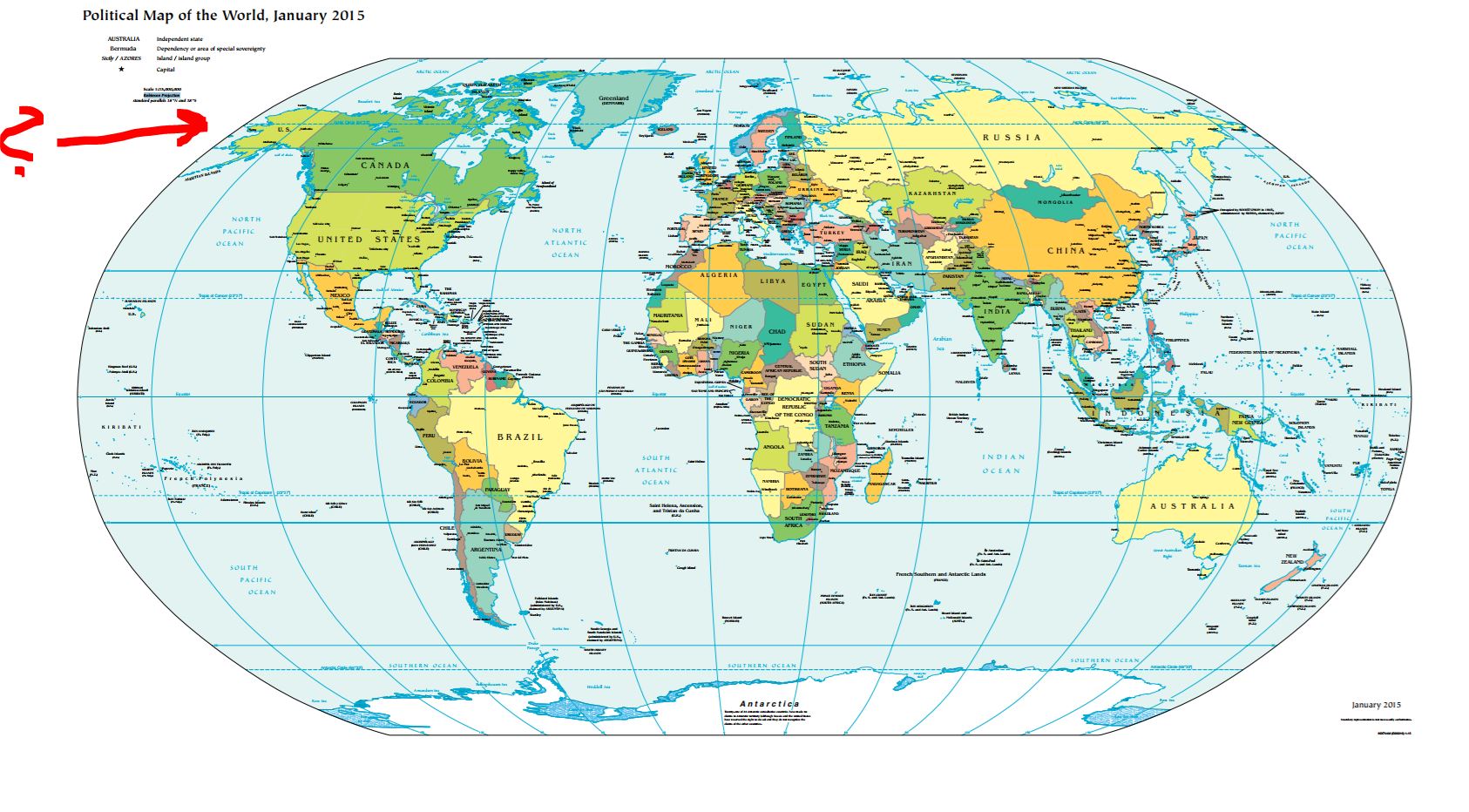 Shift the central meridian a little. Changing it to 11 worked for me in projected coordinate systems (Robinson and Gall). 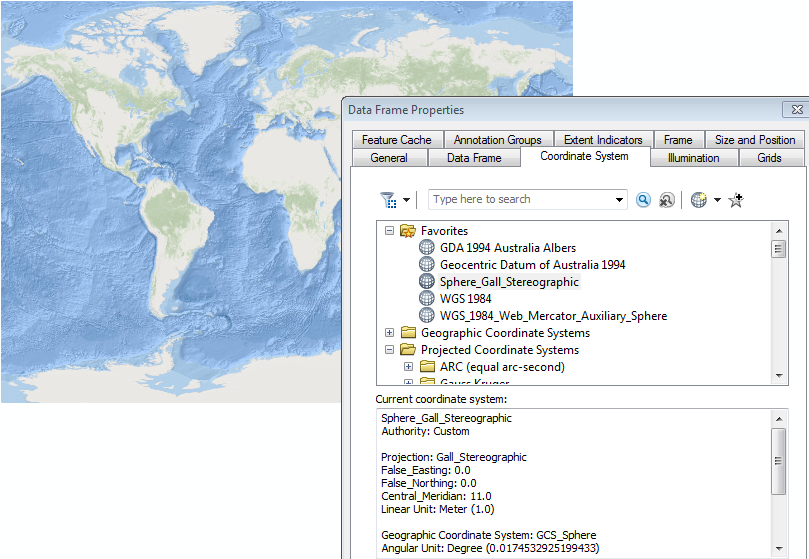 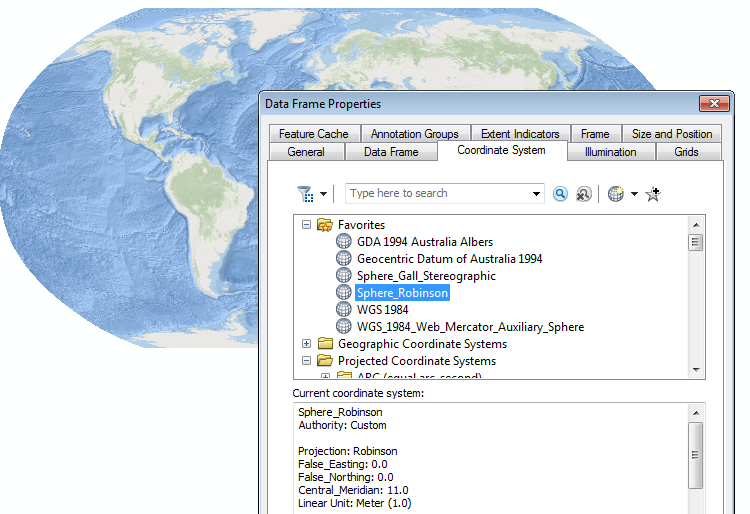 You shift the Central Meridian by right clicking on the projection and choose copy and modify, setting the central meridian in this case to 11. In ArcGIS 10.5 this appears in your custom coordinate list. 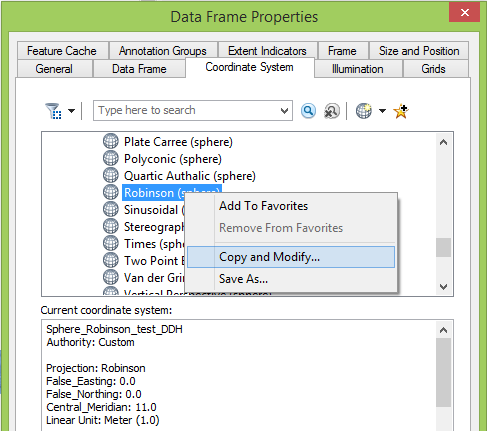 Not the answer you're looking for? Browse other questions tagged arcgis-desktop coordinate-system or ask your own question.

0
Merging polygons which have different coordinate system with map coordinate system?
15
Appropriate map projection for the Pacific Ocean
2
arcgis geopackage - Coordinate System
1
Which Projection system to use for area calculation in Bangladesh (in South Asia)?
5
ArcMap 10.6 disappearing graphics
2
Figure out which coordinate system being used