I want to cluster many points (around 1.000) into even sized groups (13 points each group). There is no attribute defining that groups, it should be grouped based on spatial distance.

I tried to work with "Clusterpy", "Concave Hull" and the long road via grids like in the following pictures. I made a four different grids (big to smaller ones) and the idea was to intersect the grid (starting with the big one) to intersect with the point layer. If there is the right number (13 points) or less but in the "surrounding area" not one point more as a single one - then that intersected point layer may be the first group. Then the progress of finding those spatial related groups would go on and the grid would get smaller and smaller. after the first grid i decided that this is not the ideal way to find a solution. 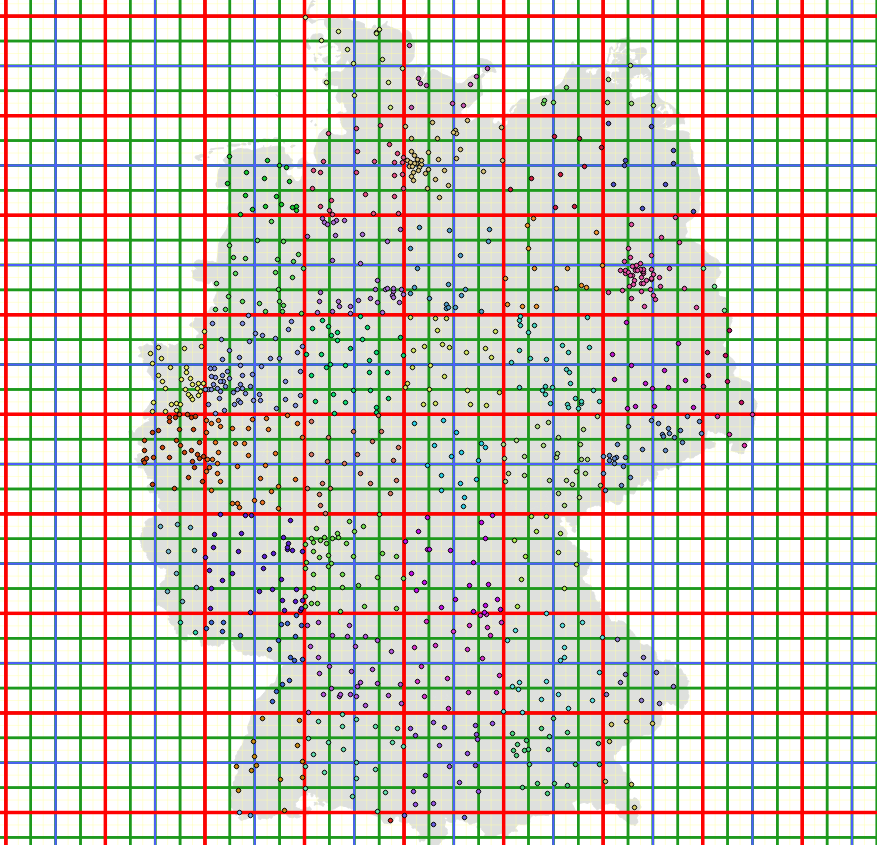 I also tried using "Shared Nearest Neigbhor Clustering" but with "13" or "8" as a number of Neighbors and only based on location every feature has the ID "1" in the resulting Output layer.

What would be the best way to split a point layer into even sized groups (same feature amount) based on spatial proximity?

Browse other questions tagged qgis clustering splitting select-by-location or ask your own question.