I am fairly new to mosaic datasets and I haven't been able to figure out if what I'm attempting to do is appropriate for a mosaic dataset. I have constructed a mosaic dataset in ArcGIS 10.5, which is made up of rasters for 3 continents (Africa, Asia, South America/Latin America) at 5 different time points (2000, 2005, 2010, 2015, 2020). 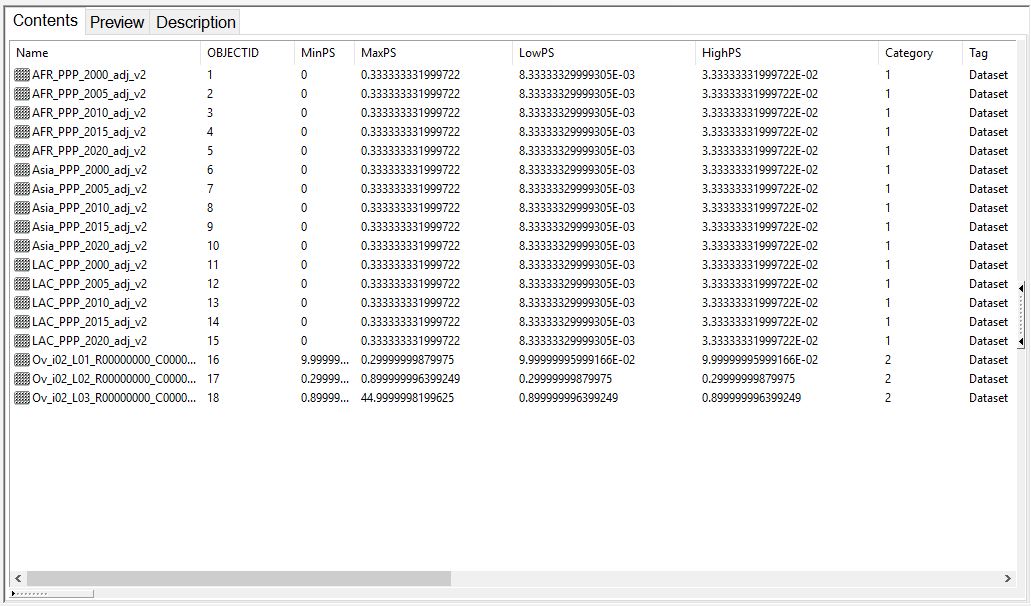 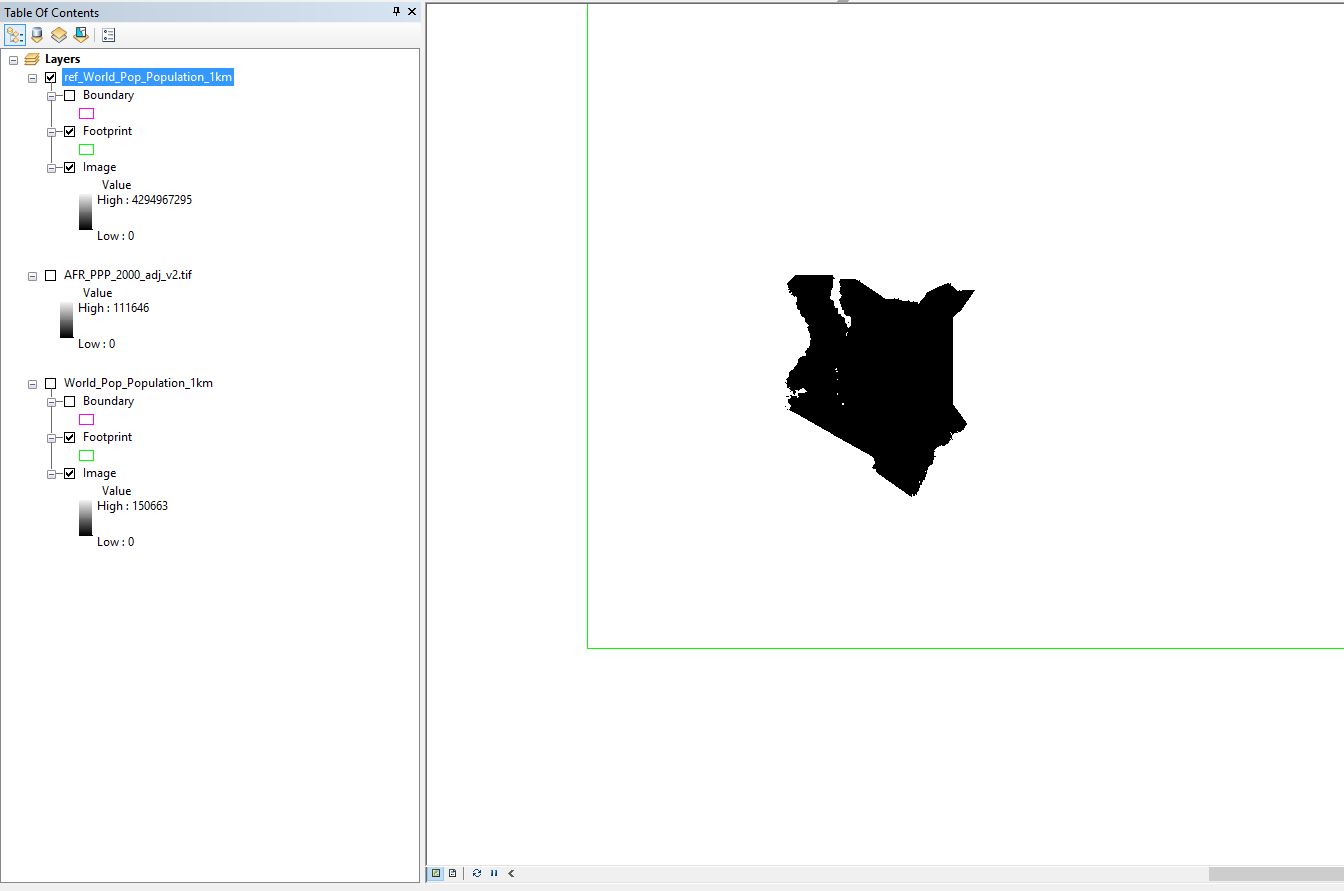 Is there an efficient way to iterate through the rasters within the Reference Mosaic Dataset where I select the first time point, perform an operation, save that result, then work with the next time point, and so on?

Have a look at the Cell statistics tool, it honors the environment setting mask, so Kenya could be your mask and you could sum up the the rasters as you wish.

After working with this more, the Export Mosaic Dataset Items tool allows for exporting only the rasters of a particular location and year of interest. 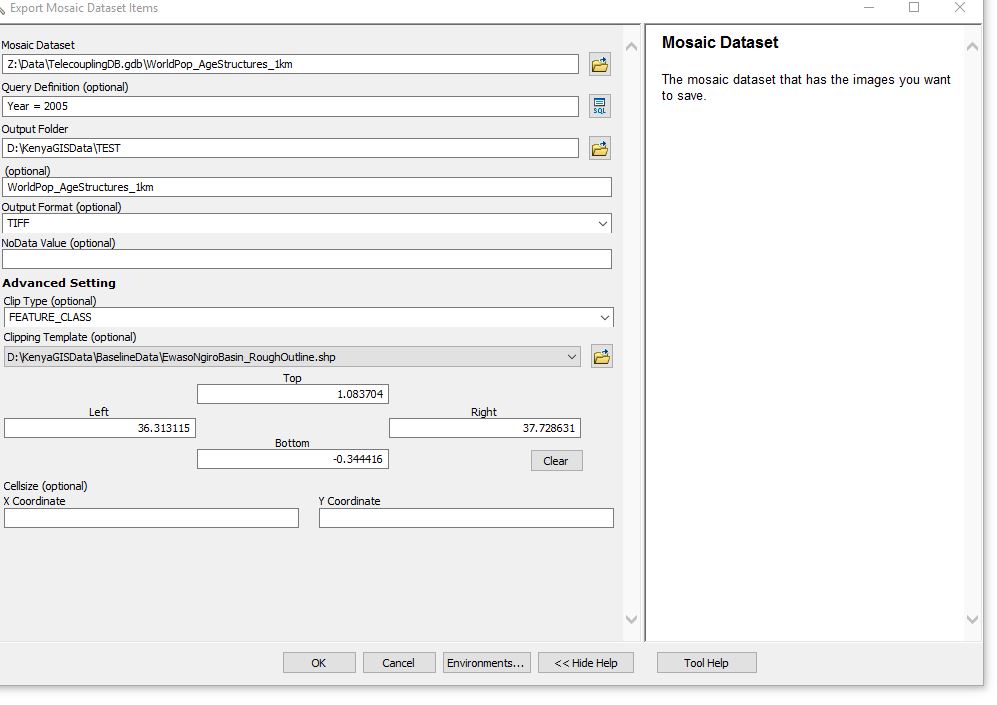 Note that my mosaic dataset has a field titled "Year". Therefore, by setting the Query Definition to my year of interest and clipping the mosaic dataset by my location of interest (in the Clipping Template field), only the rasters meeting the search criteria are returned. Subsequent analyses will be performed on these returned rasters.

Not the answer you're looking for? Browse other questions tagged arcgis-desktop arcgis-10.5 mosaic-dataset or ask your own question.