I have a DTM raster which has too high a spatial resolution for my intended use, and I need it more generalized. Can't put my finger on how much more, but considerably more.

My first thought was to smooth its peaks and valleys with a gaussian filter, but after a day of repeated passes (it's quite a large area, so each pass takes a lot of time) it was nowhere near how much generalized I needed it to be. Given that I'll later need to do the same with other similar areas, this approach is unfeasible.

I thought that, instead of gathering information from surrounding pixels to change the middle pixel (which requires me to process almost all the pixels) I'd just make a median filter and apply the value to all cells in the kernel, thus making the process vastly faster. 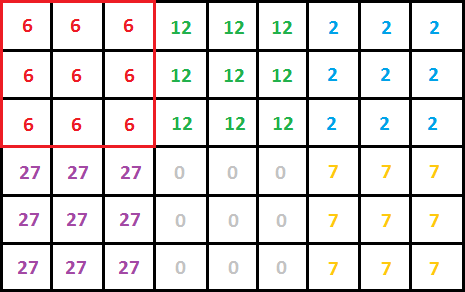 But I have no idea how methodologically sound this is, and how much I'd be losing in terms of precision. This is purely for aesthetic purposes, so the resulting height values do not need to be overtly accurate, but I do need the resulting DTM to largely resemble the area's topography, as if it had been created from a smaller resolution sensor (or close enough).

If this approach is gibberish, which would yield good results in this scenario, without being too computationally heavy?

If you’re using ArcGIS with the Spatial Analyst extension, you could simply use the Resample tool. Or use Block Statistics. Both would provide rapid aggregation of cells, but using different methodologies. Both would be applicable for basic visual purposes as you state.

If you need some information on the precision loss from aggregation, you could use block statistics again with “STD” (standard deviation) to get an idea of how original values change using these methods.

Not the answer you're looking for? Browse other questions tagged raster dem image generalization or ask your own question.

3
What are some examples of model-based upscaling of raster data?
5
How to create cohesive Spatial Pixels from Spatial Points Dataset
1
How to create new raster from only the extreme scores of another raster? (Correcting errors in ASTER elevation data)
3
Unique values in extremely large raster
3
How do I manually edit raster layers on QGIS 3.0?
1
Generalizing slope raster in Mapinfo?