I am looking for a way (e.g. tutorial?) to generate my own customized (offline) maps in OSM format. By "customized" I mean adding data (not just define a region of interest) to an existing OSM map (e.g. opentopo), then export the augmented map into a new .osm file.

What I managed to do:

How can I augment maps in OSM format with own data and store it as a new (vector).osm file?

Preferably in QGis, other programs are fine as long as they are free and run in Linux. The full style e.g. the shading in openTopo and the elevation curves should be preserved.

Given your response to my comment, you could try FME.

NB: I work for the people who make FME

It's free for non-commercial use. Anyway, here's what it would look like if I added extra emergency data to an OSM layer: 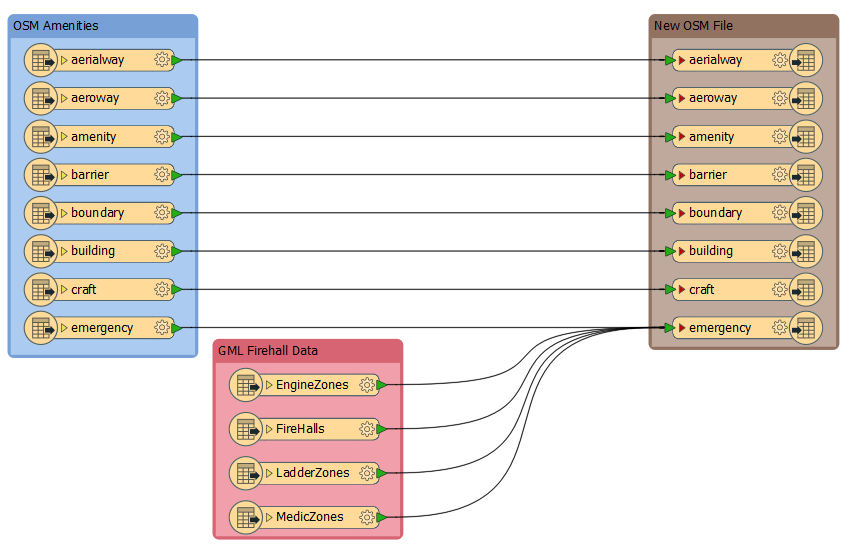 After installing (yes there is a Linux version)...

There's probably more work to it than that, depending on how you want to map the data/attributes, and what OSM layers allow which geometries. I know a little about OSM data structures but am not expert. Still I can get data into an OSM file in some form fairly easily. I think it's a good starting point, and there are other supported formats that may be of use too.

Not the answer you're looking for? Browse other questions tagged openstreetmap vector export or ask your own question.

1
How to capture contour lines from OSM cycle map as vector?