I am trying to extract watersheds for a number of random locations along a river network. These locations represent points where certain physio-chemical qualities of the river water are measured and I am interested in knowing for which cells in the DEM the water is flowing to this cell.

The datasets i have are:

At first this seemed to be a straightforward problem as I have extracted watersheds many times before using the following sequence of tools: Fill->Flow Direction->Flow Accumulation->Snap Pour Points->Watersheds.

However the problem with the data is that the waterways are not consistent with the DEM: they do not necessarily follow the topography (Flanders has artificially changed the course of many rivers and also has many canals). A colleague advised me to 'burn' the rivers into the DEM (By converting them into a raster, giving them all an arbitrary low value (e.g. -2000) and adding that raster to the DEM). Thus my model has come to look like this (notice I have split up the last part of the analysis because there are two categories of points and otherwise there would be overlap between the watersheds of the different points):

Unfortunately, this approach does not seem to work and it yields very small, nonsensical watersheds that sometimes even violate the flow direction of the rivers. As such I myself with the help of colleagues have tried several other approaches: 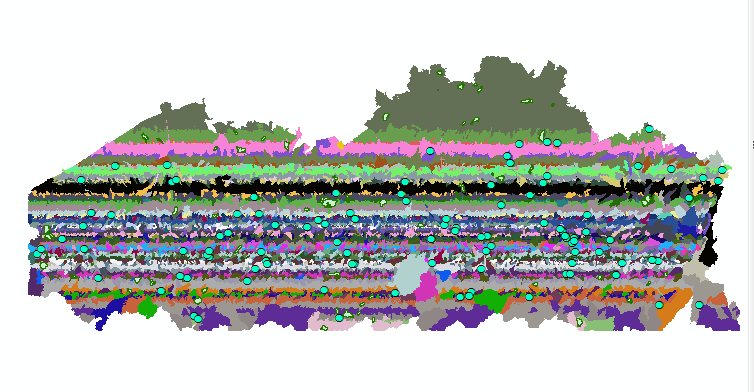 I'm at a loss as to how to proceed at this point.

Browse other questions tagged arcgis-desktop arcgis-10.4 watershed or ask your own question.