I would like to be able to cut polygons such as the one below, in QGIS, at a set distance either side of a specified feature on another layer, in this case a footpath line from OS Mastermap.

In this way I would then effectively have a buffer along the lines that could represent a woodland ride network, for example. In this case it is a very simple linear feature, but they are often much more complex, and can be very time-consuming to cut out. Ideally I need to retain the original polygon as this will be used as well.

Is it possible to cut a polygon in this way, or would I have to create the new polygons as buffers along the line and then cut these from the existing polygon? 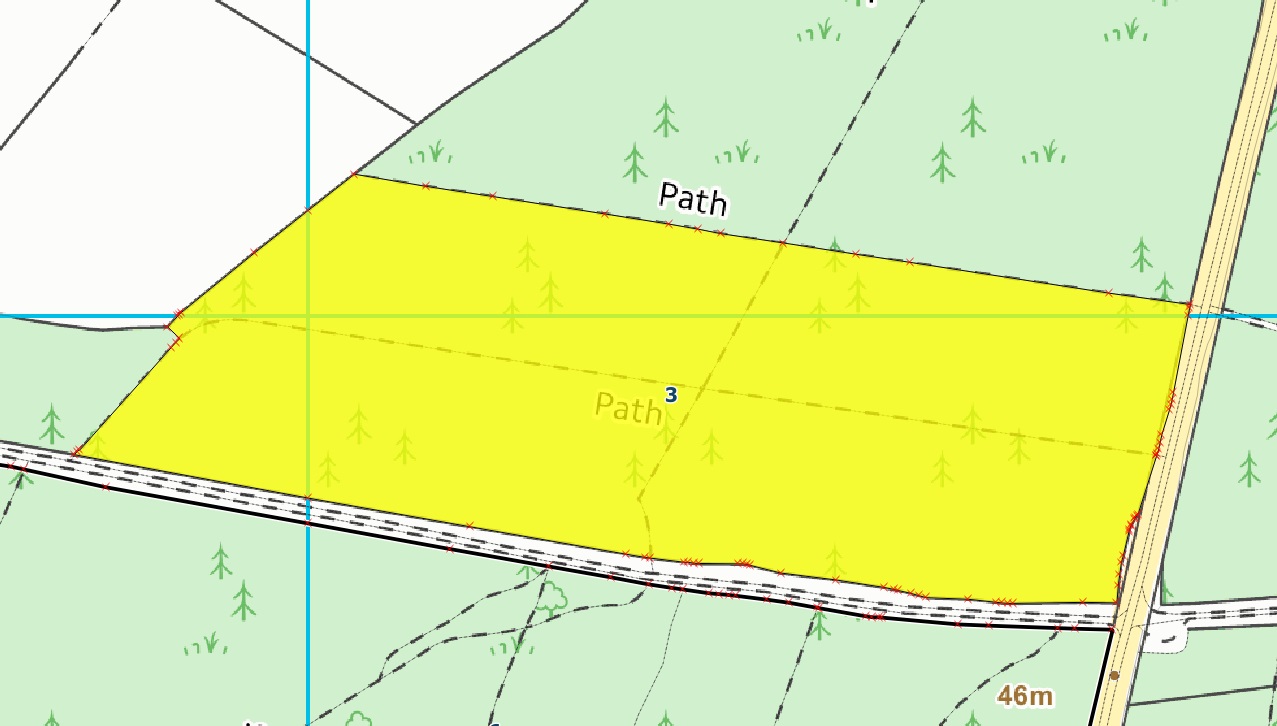 In this workflow you will need refFunctions plugin, to use geomintersects().

Please modify Your_LineLayerName which is your (path) layer, and 20 (buffer size) as required.

NB. Since the change is made instantly and irreversible, please be careful and keep a copy of your original Polygon file.

You will need to buffer the selected line (path) at the distance you require and then cut those out of the other polygon using difference.

If it was an operation you needed to do very often then it would be worth writing a python script to carry out both operations together.

In newer versions of QGIS (I'm using 3.2.1) it's now possible to do this much more quickly and easily using the 'Offset' function within the Snapping Toolbar (from the drop-down menu next to 'Enable Tracing'):

Not the answer you're looking for? Browse other questions tagged qgis vector polygon-creation or ask your own question.