I have a 1x1meter DEM and the original LiDAR point cloud. I need to create a vector feature with roads. Are there any tools in ArcGIS to do this? Or any ideas for the algorithms to try to do this in R or Matlab? 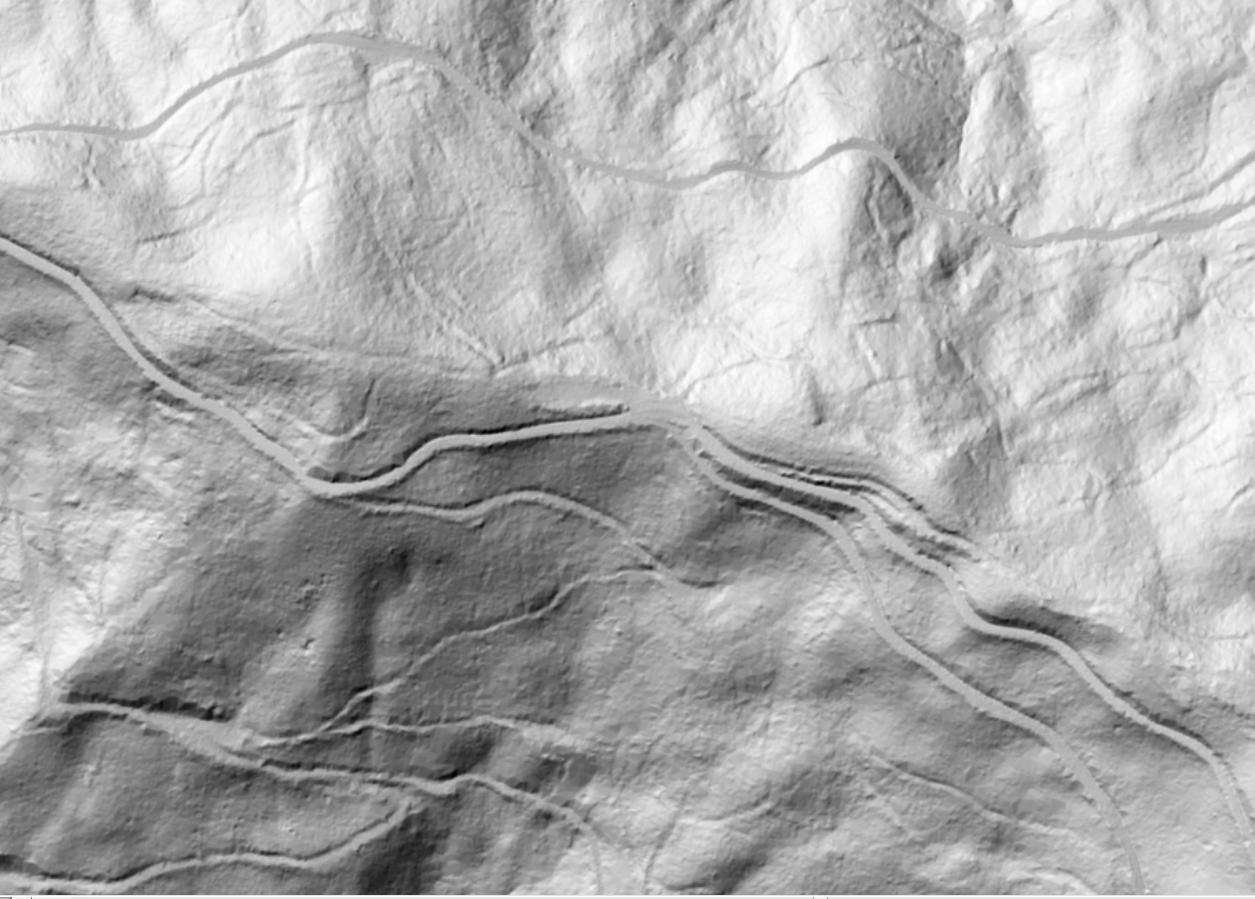 You can use a segmentation process like meanshift in Orfeo Toolbox in QGIS or Monteverdi standalone application. Also, meanshift it's available in ArcGIS. 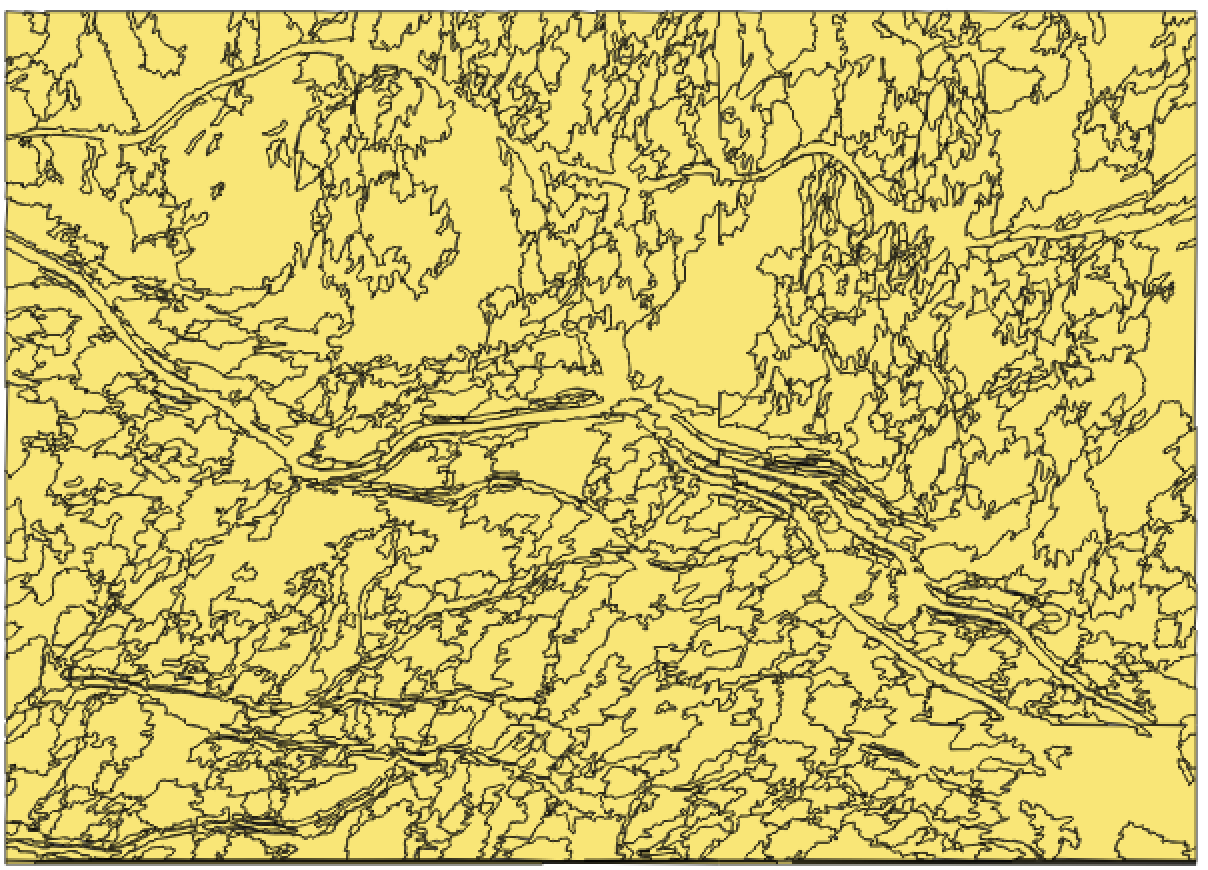 can you provide a link to the DEM? Considering that roads have an altitude not so different from that of their vicinity, and that they are not lowest points as to apply hydrological functions, i think texture is a feature that may help you to pop out man-made surfaces, in r (rgrass7) you can use grass's r.texture command; you may also consider using other kind of imagery, i used your image (the jpg) for calculating texture (above) and below there's an ortho photo i had where roads are really highlighted, then you can select pixels by digital number and extract the roads 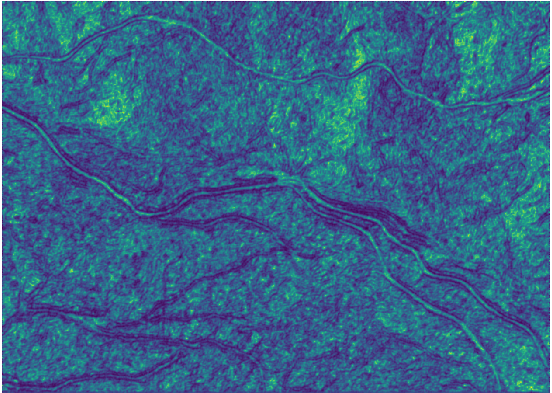 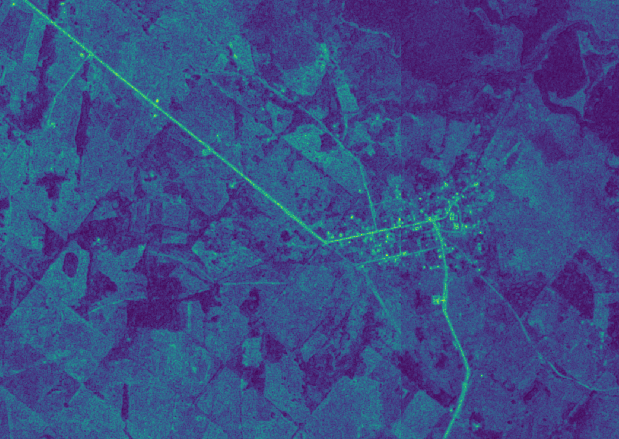 I doubt very much that full automation of this task is possible at all. Let's test semi-automated procedure suggested in my comments. I placed 2 points at the ends of the longest roads 'visible' on hillshade (note that points are labelled by their FID): 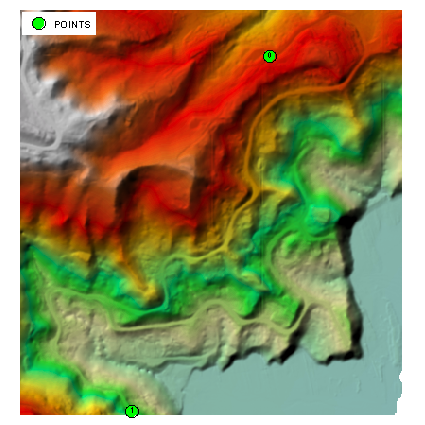 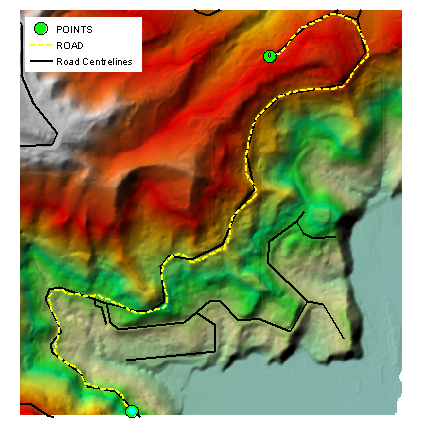 Table below is NEAR distance statistics of "ROAD" vertices against existing centrelines:

Not too bad in my opinion and I have reservations about resolution of existing lines.

In terms of efficiency, however it seems too slow compared to methodology described earlier for similar post. It took me under 1 minute to accurately digitise 3500 m of 'visible' roads.

Not the answer you're looking for? Browse other questions tagged arcgis-desktop raster r dem lidar or ask your own question.

0
How to find the highest points along an embankment and form a ridge polyline- Methodology in ArcGIS 10.3