In the example below, I have Urban Areas (UA1) and NUTS (NUTS1, NUTS2, NUTS3) regions in Europe.

I can join the population attribute of the NUTS region, but how does QGIS calculate the mean ? Is it a "basic" mean (suming the 3 populations and dividing by 3), or is it a weighted mean according to the surface of the urban area on each region ( in the example, it would be roughly 80% NUTS3 + 10% NUTS1 + 10% NUTS2)?

I could find this information on the QGIS documentation. 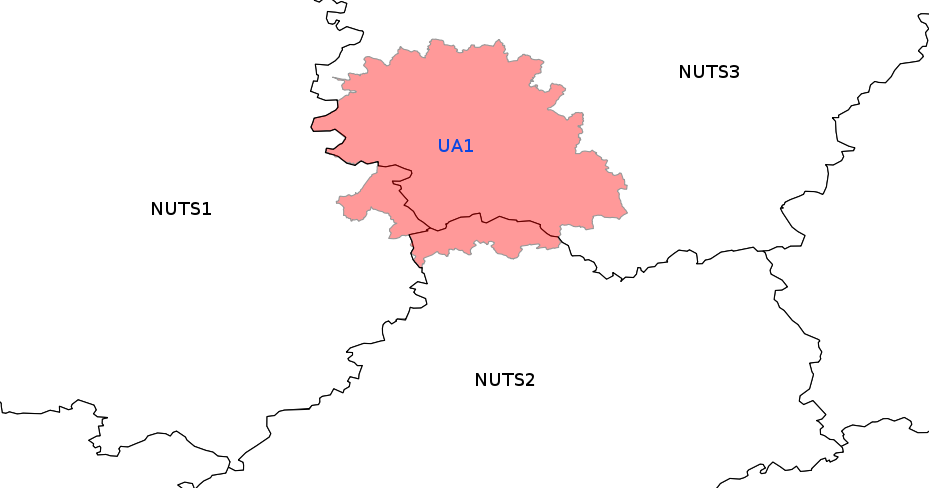 So I did the calculation on my example manually, first doing a cut of one layer with the other, then calculating the simple average and the weighted average by proportional area.

In QGIS 2.14, if you select "mean" in the Join attributes by location operation, you will have a simple mean of the values of the polygons covered, it is not weighted according to the proportion of coverage.

Not the answer you're looking for? Browse other questions tagged qgis-2 spatial-join or ask your own question.