Deleting input shapefile after being used in QGIS modeler

I have a shapefile that is being used as an input into the start of a model. The model is very simple but makes up a much larger model.

The input is reprojected in the first step but is not needed ever again. Is there a way I can simply delete that shapefile permanently from my computer within the modeler itself?

I think the only way to this currently is to write a custom script which removes the layer from the table of contents and then deletes the shapefile.

You can create one from:

Save the script into your /.qgis2/processing/scripts directory. Then add the custom script from the list of algorithms to your model, select, the input layer as the Layer to delete and set the Reproject layer tool as the parent algorithm (the script will run when the tool has finished): 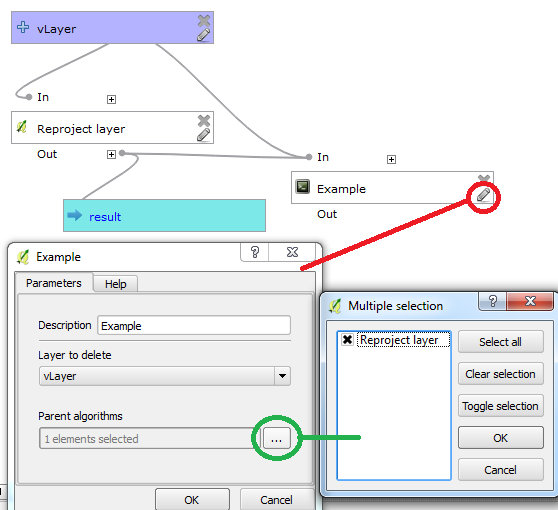 When you run the model, once the Reproject layer tool has finished, the selected input layer should be removed from the interface and deleted (make sure to keep backups!)