I have read the following two posts related to my question; however, my problem is slightly different and I'm having a hard time solving it.

I have an image with irregular shapes such as these: 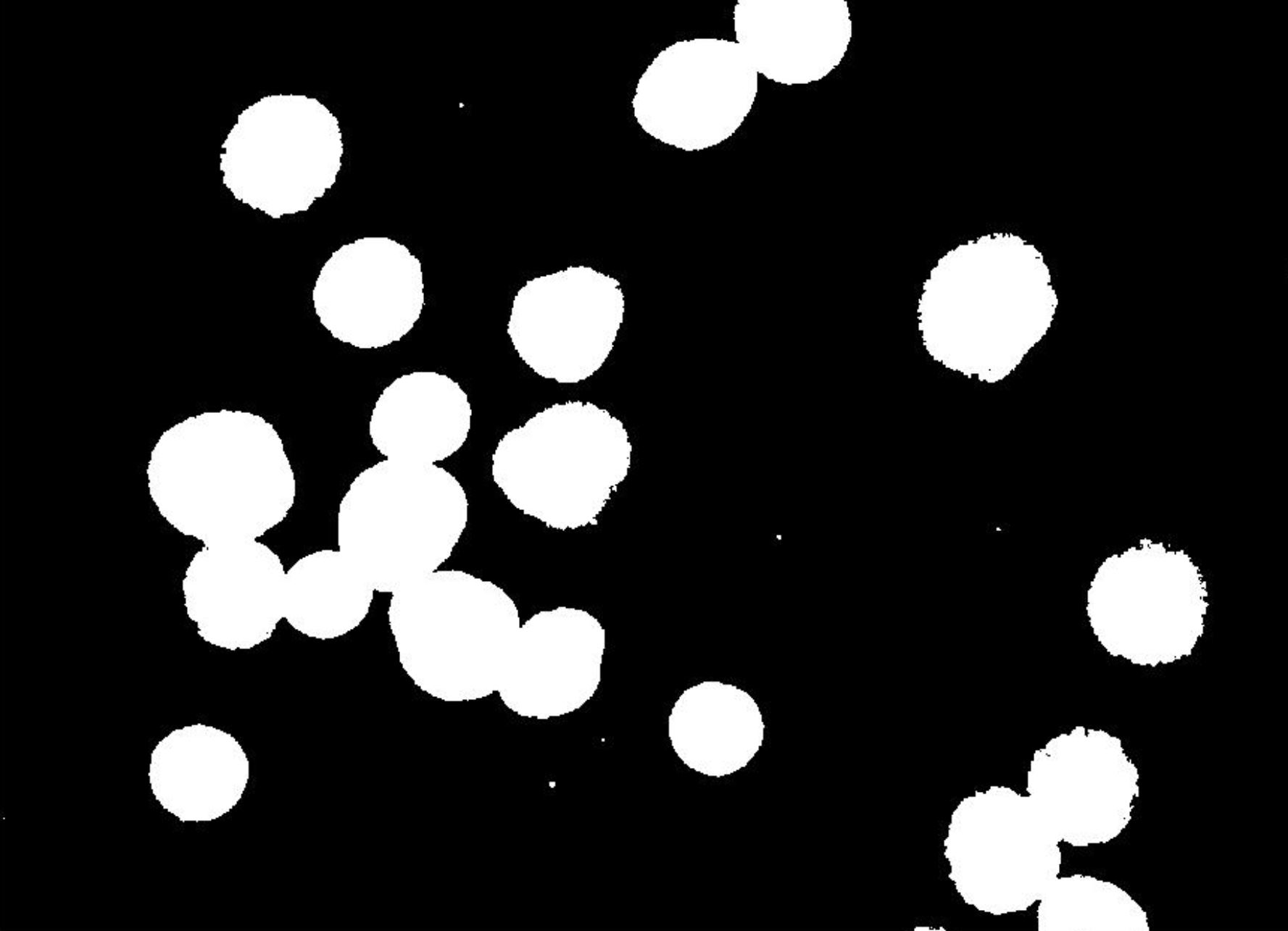 Now, with this image, I'd like to be able to identify the separate blobs, even if they're adjoined. In particular, I want to count individual blobs that are tightly overlapping. Like for instance: 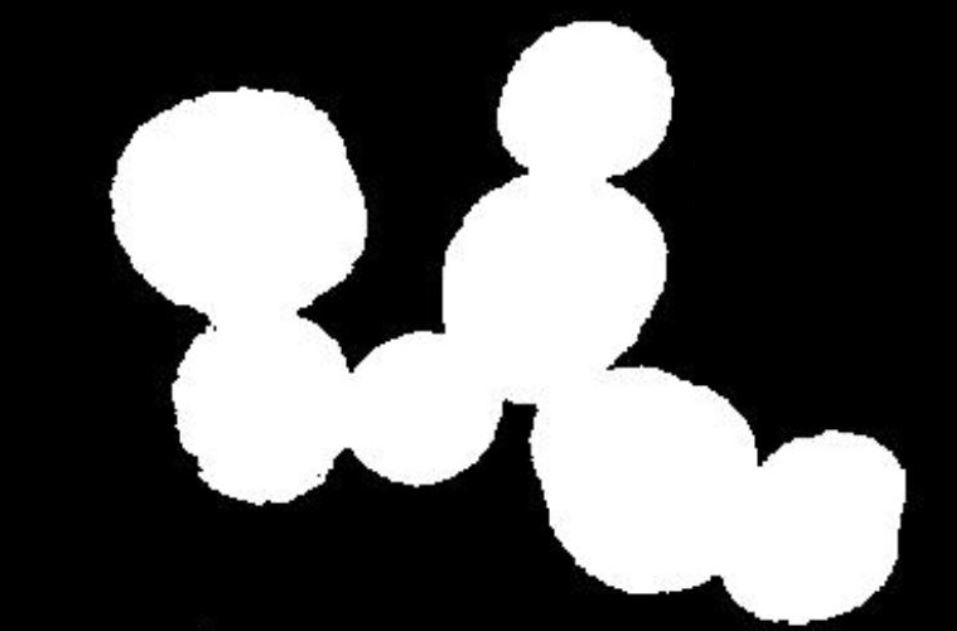 For instance, in that image, I want to be able to count 7 separate blobs. However, edge detection only counts 1. If I use some solidity cutoff (area of blob/area of convex hull), I'm able to count 2.

I'm not so concerned about the separate non-overlapping ones. But I'm having a really hard time detecting them using edge detection. I tried using Opencv's Canny function and HoughesCircles function. Neither of them proved effective.

Any idea how to proceed?

I am aware you already found the solution, so this is just for future reader (if any) who might be interested in. (As this can also be seen as an image processing).

In bio and medical area, ImageJ is well-know for such a task. Not frequently, but there are some discussions in this forum with subjects related to remote sensing.

Using ImageJ workflow would be; 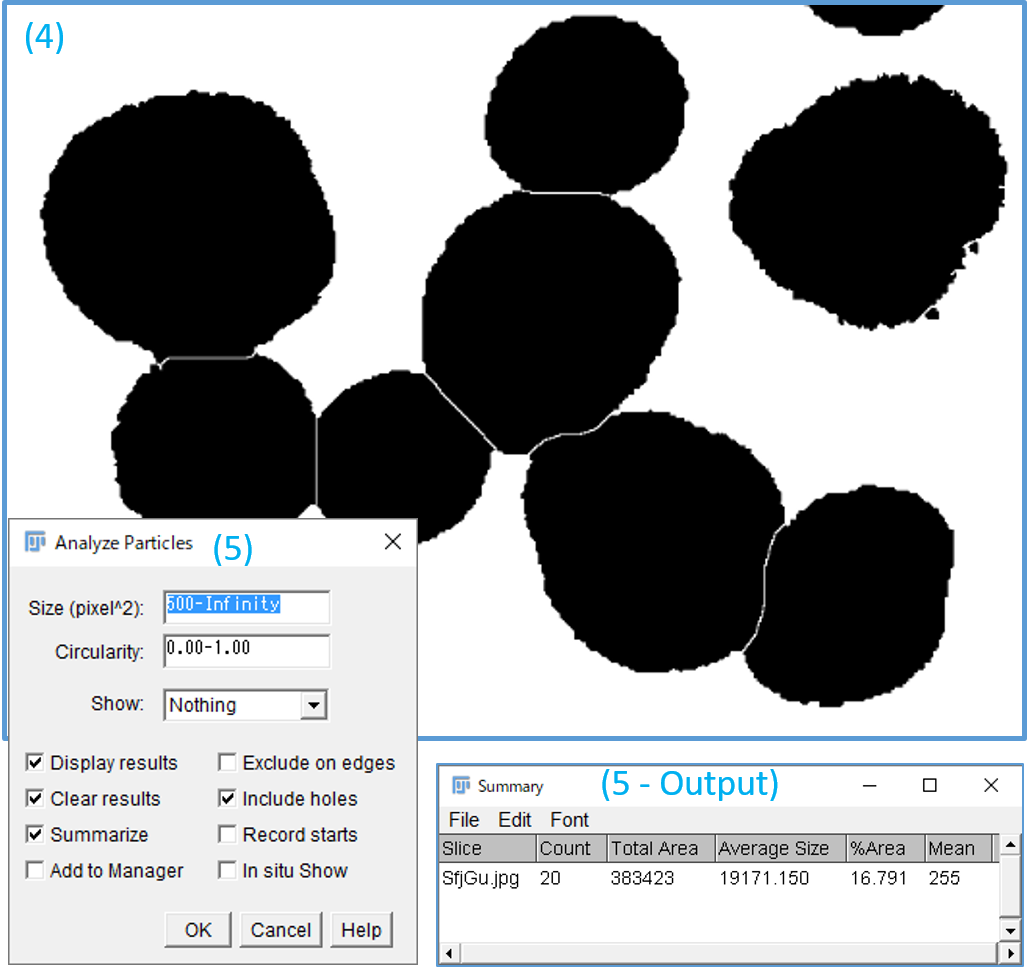 I tried out an algorithm based in azimuths and second derivatives, by using contours circulars, and it works well. PyQGIS code is as follows:

For one circular "blob": 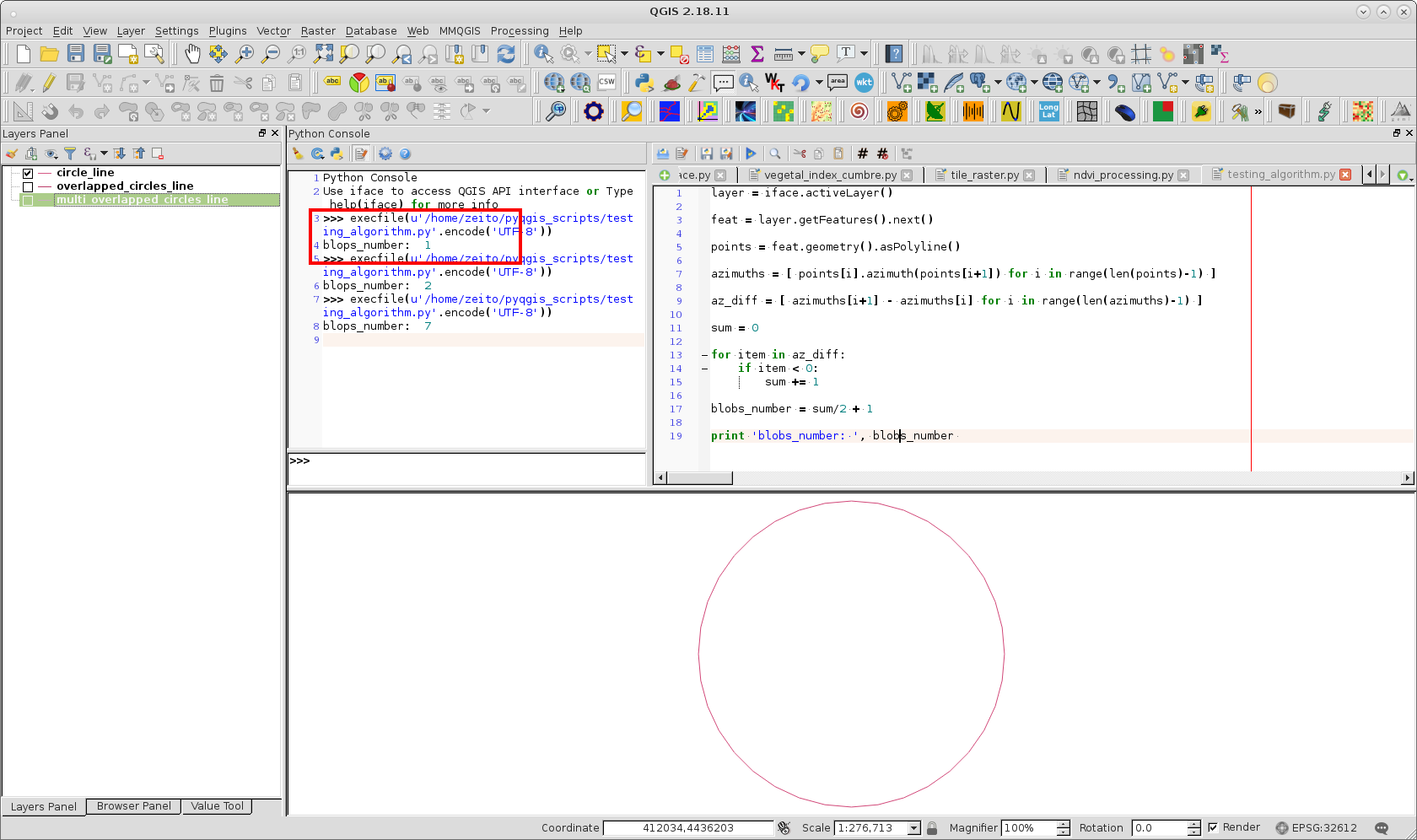 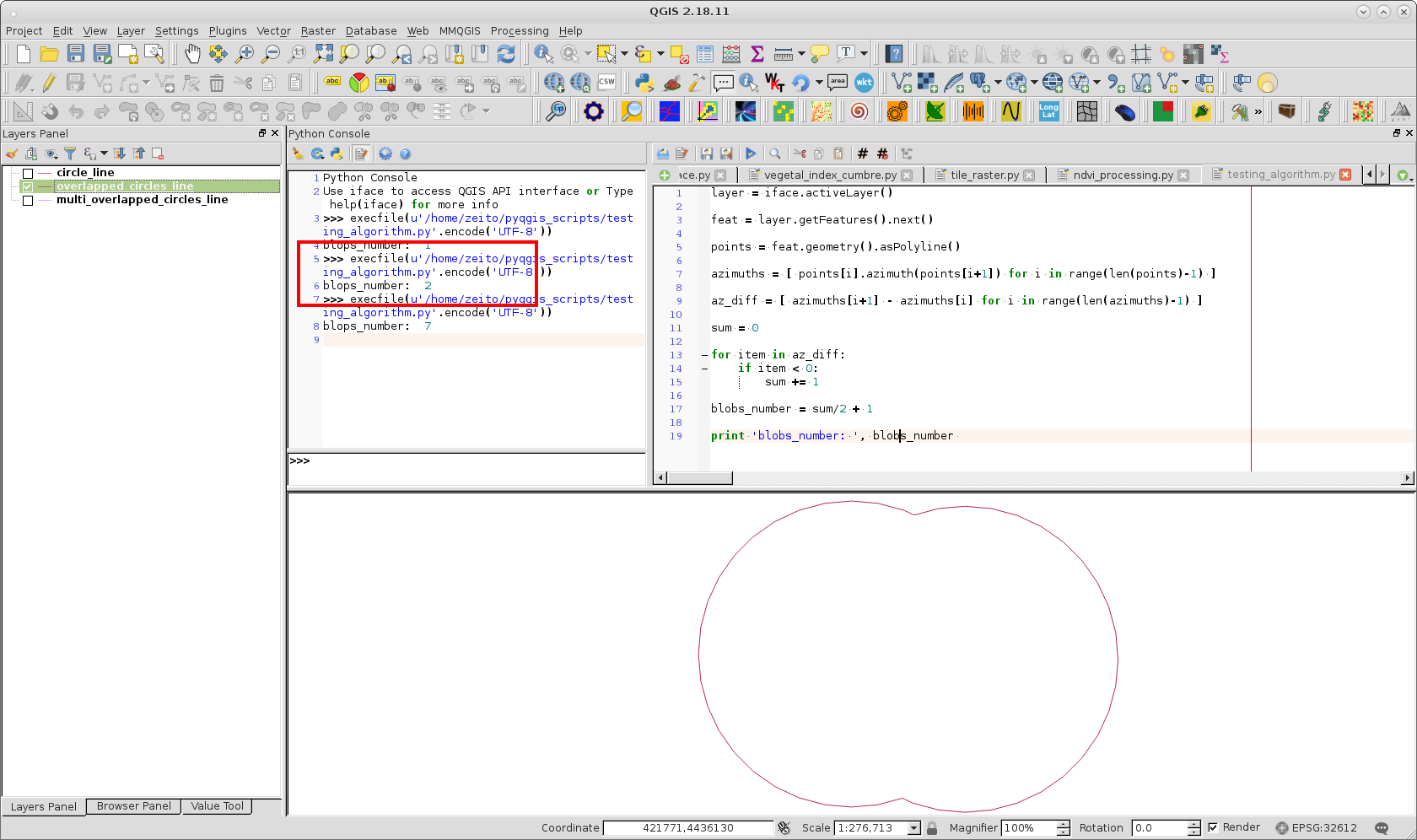 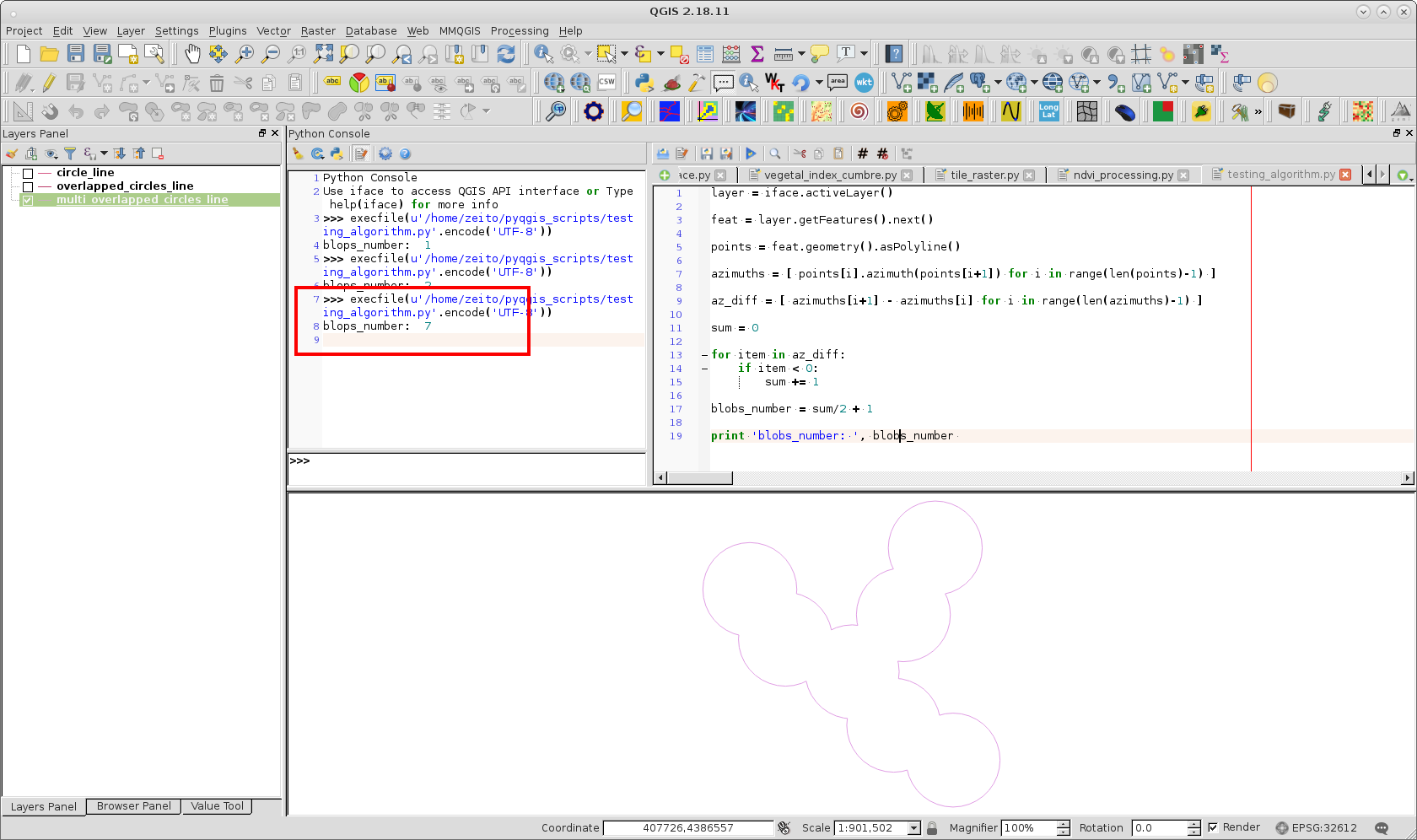 Results were as expected.

Not the answer you're looking for? Browse other questions tagged python image opencv or ask your own question.

25
Finding if two polygons Intersect in Python?
2
Getting intersection of circles using shapely?