I'm looking for a way to merge Sentinel 2 jp2 band files(B02, B03, B04) and fix RGB colors. All should be done with bash or python script. For my example I work on these images. Ideally the solution will be close to this tutorial.

I'm able to merge the bands with this command

But for some reason I can't fix RGB colors with imagemagic command. The output is ~700MB black image.

Eventually I would like to have geotiff file to upload it on mapbox. Explanation of how one should choose convert parameters is welcome.

I'm developing an application that should guess which part of the satellite image is agricultural land. A scene image will be cut into smaller patches(maybe 64x64) and will be classified by CNN(crop or non-crop). I use this dataset to train Inception-v3 model. The dataset contains 64x64 RGB images with 10m spatial resolution.

This is merged.tif before and after applying @ben's solution 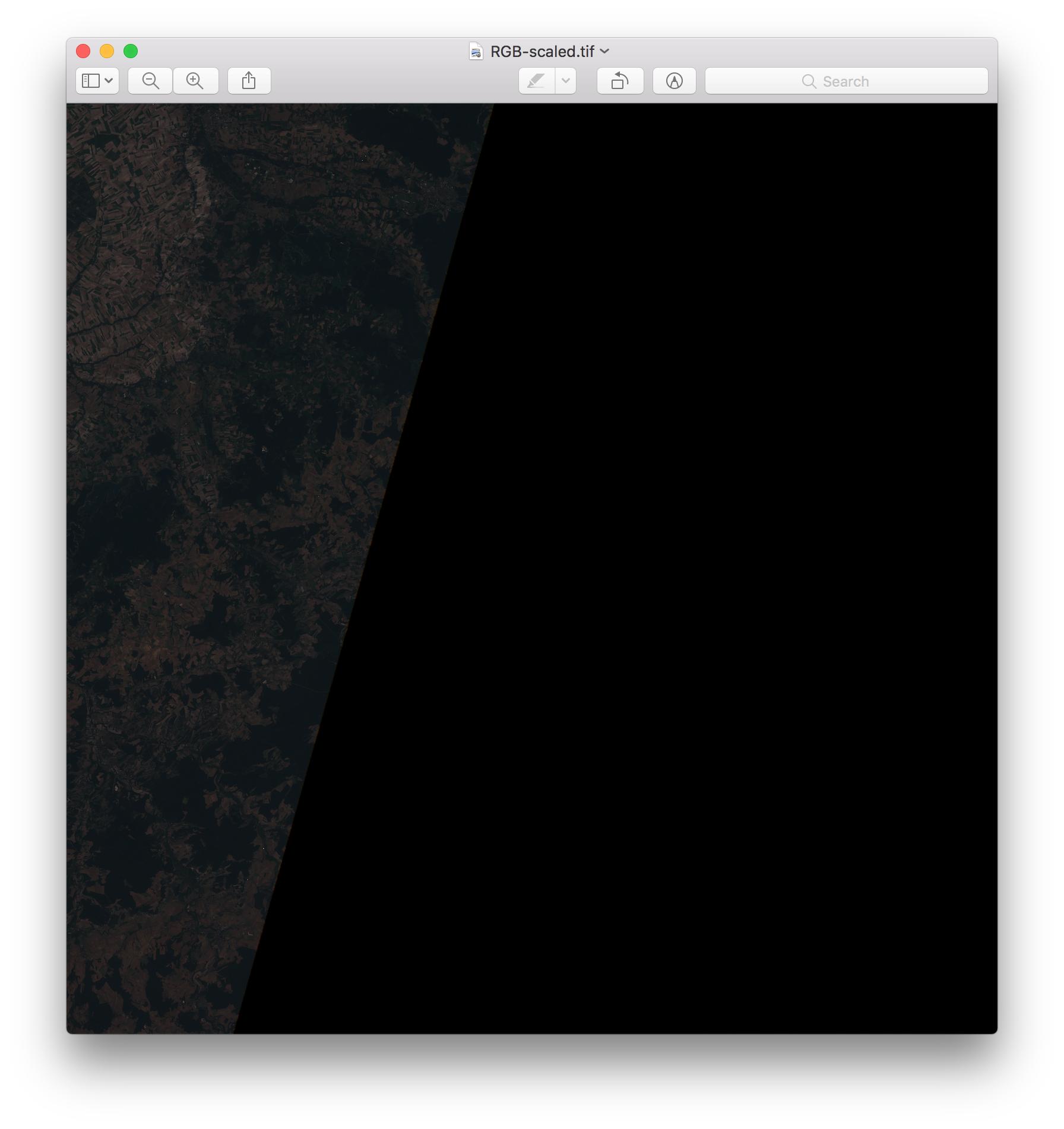 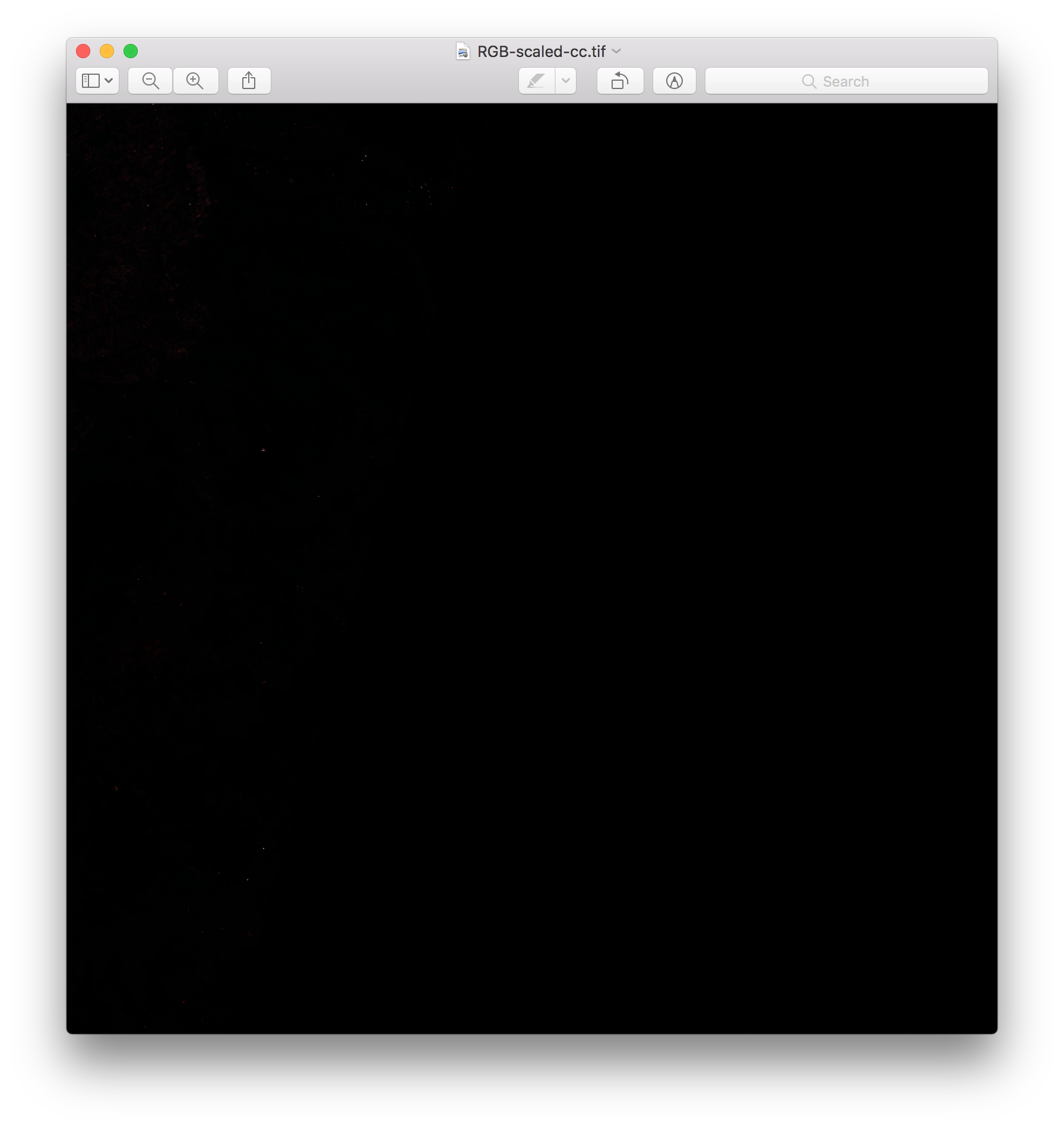 There are 2 parts of the problem. The first is that you want to convert from 16 bits to 8bit, and the -scale option of gdal_translate does it, as mentioned in the previous answer.

The second problem is a contrast enhancement problem: when you rescale, you want to have a high contrast for the pixels that you are interested in. WARNING : There is no "magic" contrast because, when you rescale, you usually loose some information: it is done to improve the visualization of the data, and professionnal softwares do this on the fly without writing a new file. If you want to further process your data, your "black" geotiff contain the same information as your jp2 and is ready to be processed. If you compute, e.g., vegetation indice, this should be done with the "original" reflectance values, not the rescaled ones. That being said, here are some steps to create a visually enhanced 8bit image.

@ben gave you a generic method to rescale the reflectance from 0-1 (multiplied by 10000 with this product) to 0-255. This is safe (no exclusion), but only clouds and some bare soils have really high reflectances, so you don't see much on land (except bare soils) and nothing in water. Therefore, contrast enhancements commonly applied on images consist in taking only a subset of the full range. On the safe side, you can use the knowledge that the max reflectance of common Earth surface material is usually below 0.5/0.6 (see here for some examples). Of course, this assumes that your image has been atmospherically corrected (L2A images). However, the range of reflectance differs in each spectral band and you don't always have the brightest Earth surfaces in your area of interest. Here is how the "safe" method looks like (with a max reflectance of 0.4, like the 4096 suggested by @RoVo) 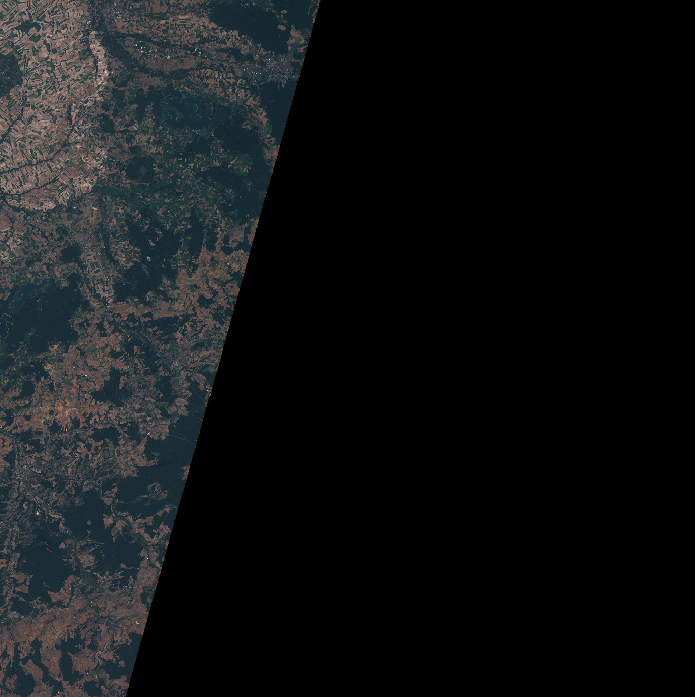 On the other hand, contrast could be optimized for each band. You can define this range manually (e.g. you are interested in water colour and you know the maximum expected reflectance value of water) or based on image statistics. A commonly used method consists in keeping approximately 95% of the values and "discarding" (too dark -> 0 or too bright -> 255) the rest, which is similar to defining the range based on the mean value +/- 1.96*standard deviation. Of course, this is only an approximation because it assumes a normal distribution, but it works quite good in practice (except when you have too many clouds or if the stats make use of some NoData values).

but of course the reflectance is always larger than zero, therefore you must set the minimum at 0.

And if you have a recent version of gdal, then you can use -scale_{band#} (0 255 is the default output, so I don't repeat it) so that you don't need to split single bands. Also I used vrt instead of tif as an intermediate file (no need to write a full image: a virtual one is enough)

Note that your statistics are strongly affected by "artifacts" such as clouds and NoData. On one side, the variance is overestimated when you have extreme values. On the other side, your average is understimated when there is a large amount of "zero" values (making the automatically contrasted image too bright like on the example) and it would be overstimated if there was a majority of clouds (which would make the image too dark). At this stage, the results would therefore not be the best you could get. 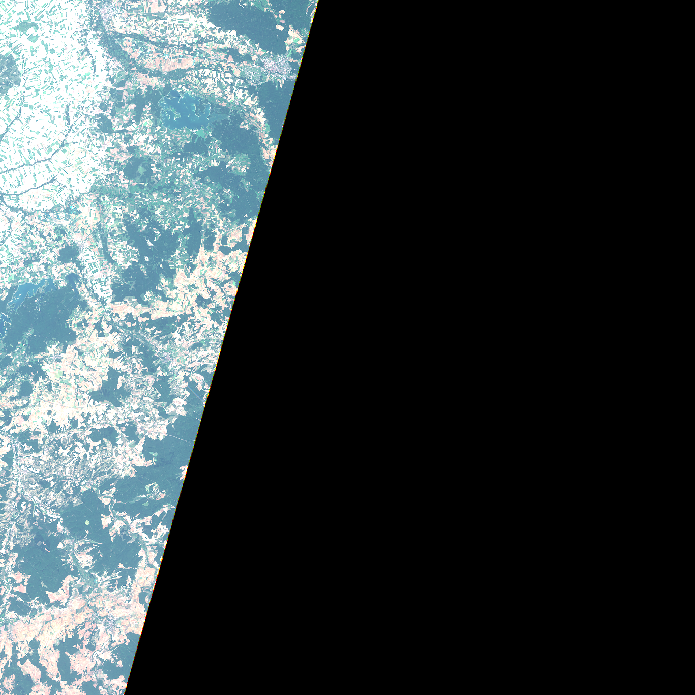 An automated solution would be to set background and cloud values to "nodata" and compute your stats without the NoData (see this post for details on computing stats without NoData, and this one for an example to set values larger than 4000 to NoData as well). For a single image, I usually compute the statistics on the largest possible cloud-free subset. With stats from a subset where there are no "NoData" (top left of your image), this give the final result. You can see that the range is about half of the "safe" range, which means that you have twice as much contrast: 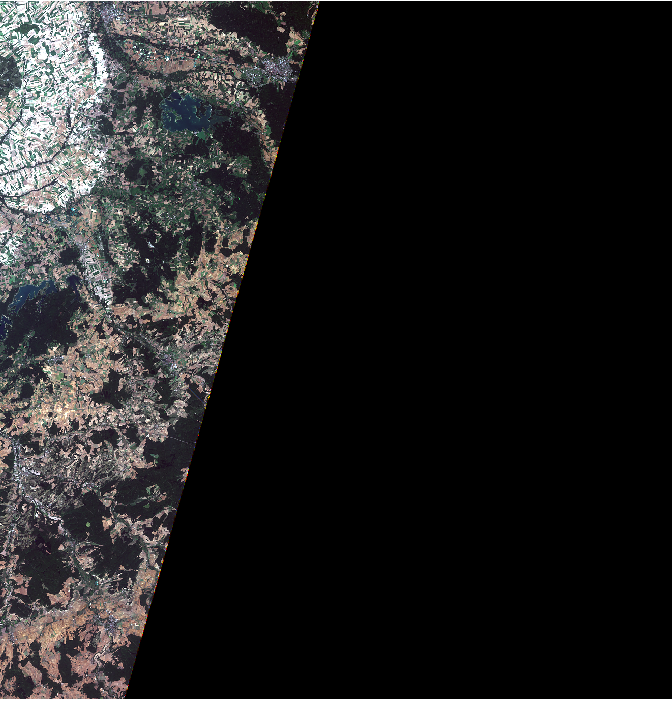 As a last remark, gdal_constrast_stretch looks good but I haven't tested

You can simply use the TCI.jp2 file that its included in the SAFE.zip files. Note that these files are not available in S2 files before October 2016

Alternatively you can convert the bands using GDAL:

-scale 0 4096 is a reasonable value for Sentinel-2 scenes and afaik also used for the TCI.jp2 images. Lower the 4096 if you want to receive a lighter result.

If you are looking for a solution as the one you linked in the question you should follow and adjust the Landsat 8 processing shell skript that is provided for download in the tutorial.

Particularly, as is done there, you first might want to rescale the single bands, e.g as follows:

Note that the histogram of your images suggest that you only have very dark surfaces in you image (is this the case?) but usually your sentinel-2 image will be top-of-atmosphere or at-surface reflectance where values commonly range between 0 and 10000 - unless higher values are also possible e.g. if you have clouds in the image.

Then you can merge the bands and fine tune the image appearance:

This is what happens to my image when doing this: 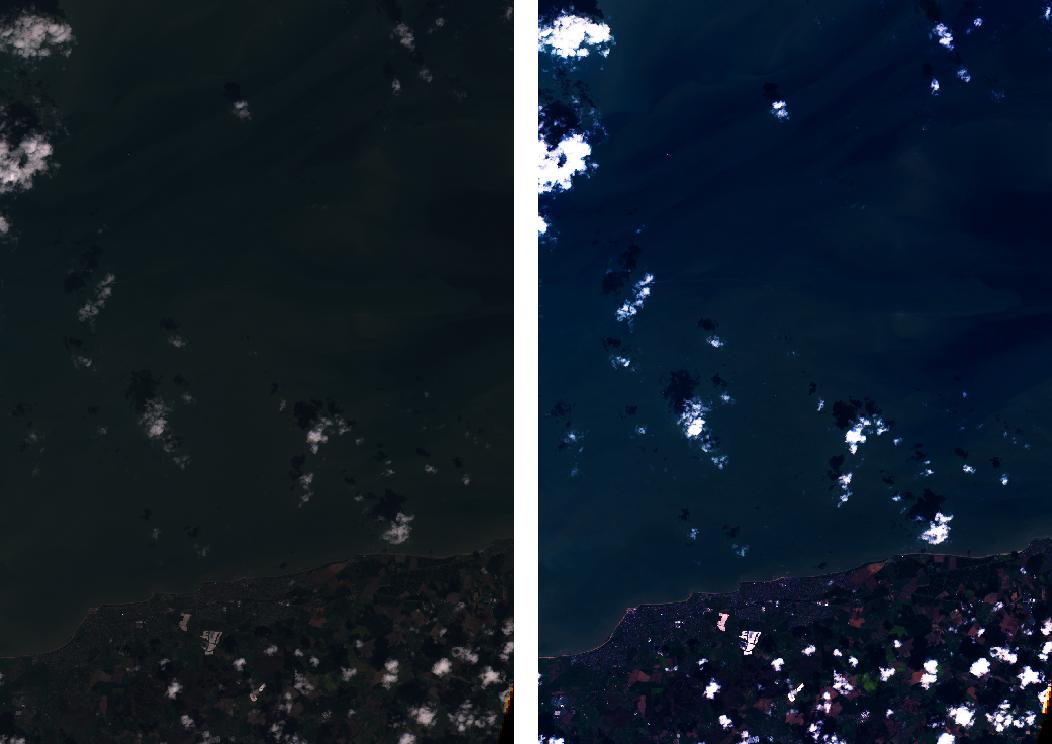 Not the answer you're looking for? Browse other questions tagged geotiff-tiff remote-sensing sentinel-2 rgb jpeg-2000 or ask your own question.