I would like my target polygon layer to get attribute data from all the polygons that touch it. I've been trying using Join attributes by location on QGIS. However I only get data from one of the polygons.

I've tried too illustrate my point below. 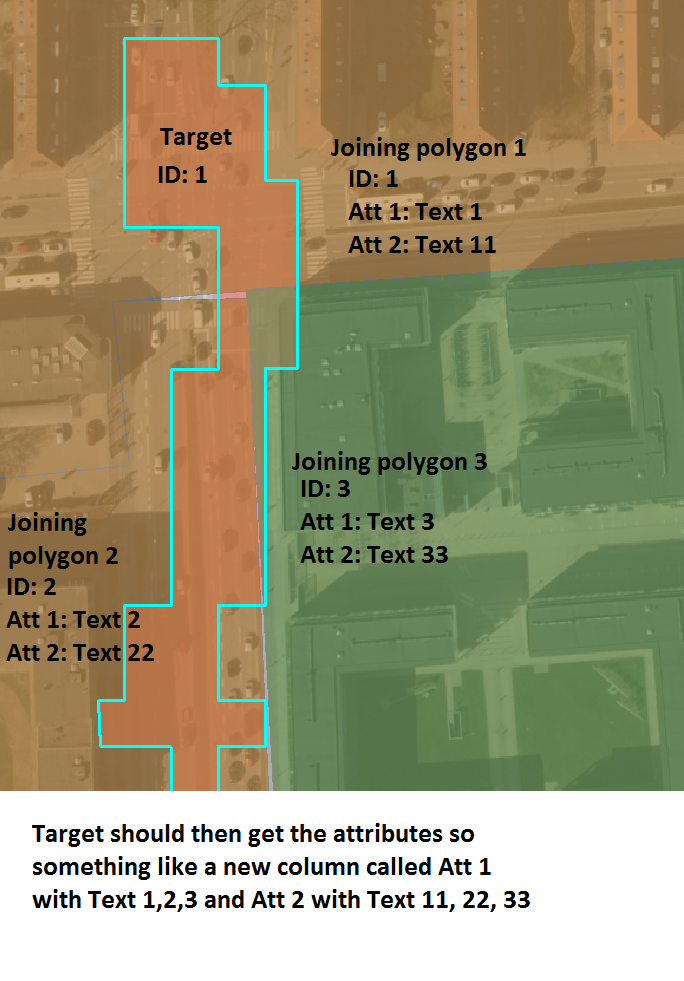 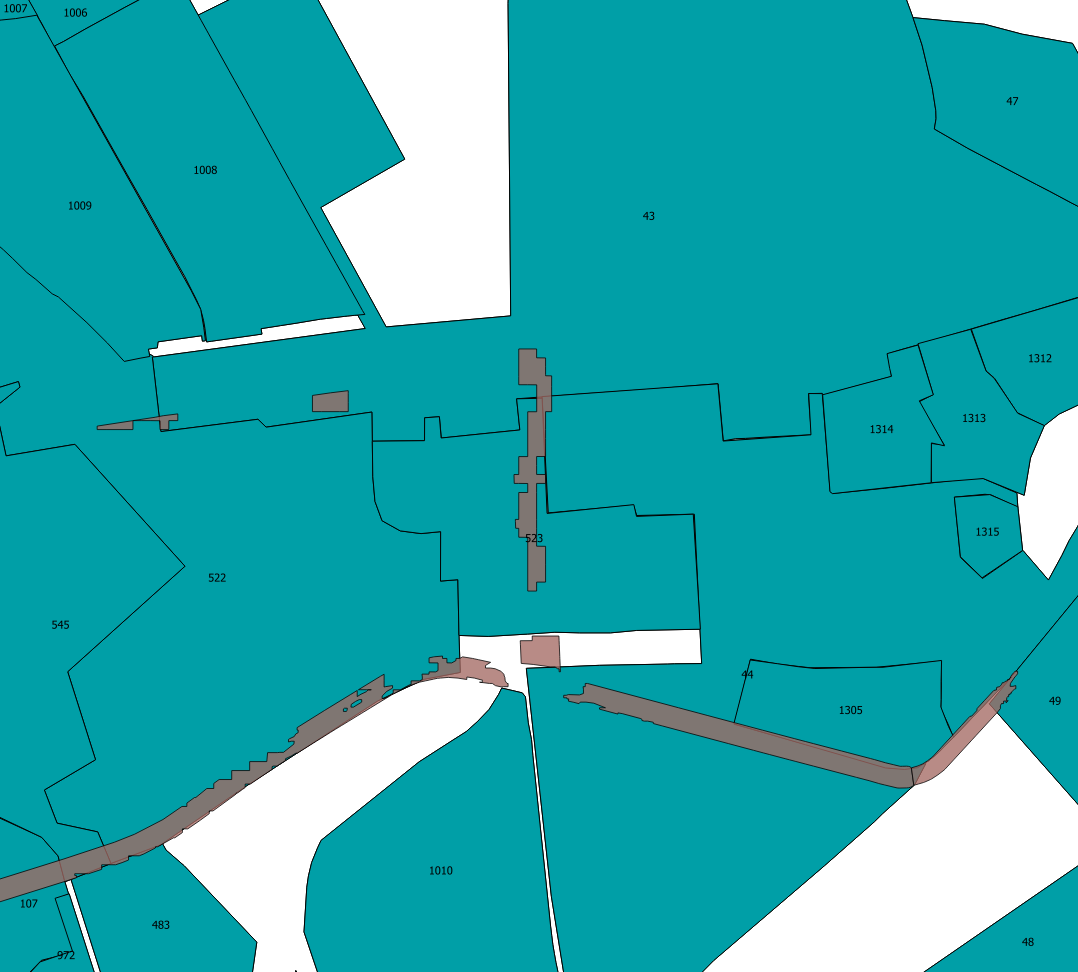 Another issue is that both target and joining polygons touch boundaries several times and with different polygons as illustrated above.

What you need is a relationship model (one-to-many).

Spatial join which I had done a few times before apparently worked if you just keep doing it. Target features was the little red polygons, join features the large ones. Join on to many relationship, keep all target features and intersect with a search radius of 0 did the trick. I had tried this before, but perhaps I had something selected because it did not work before but it does now.

Thank you for your time :)